Chocolate Prices on the Rise

STROUDSBURG — Chocolate lovers, that confection you crave will soon cost you more. Prices for chocolate are on the rise and one baker in the Poconos is pr... 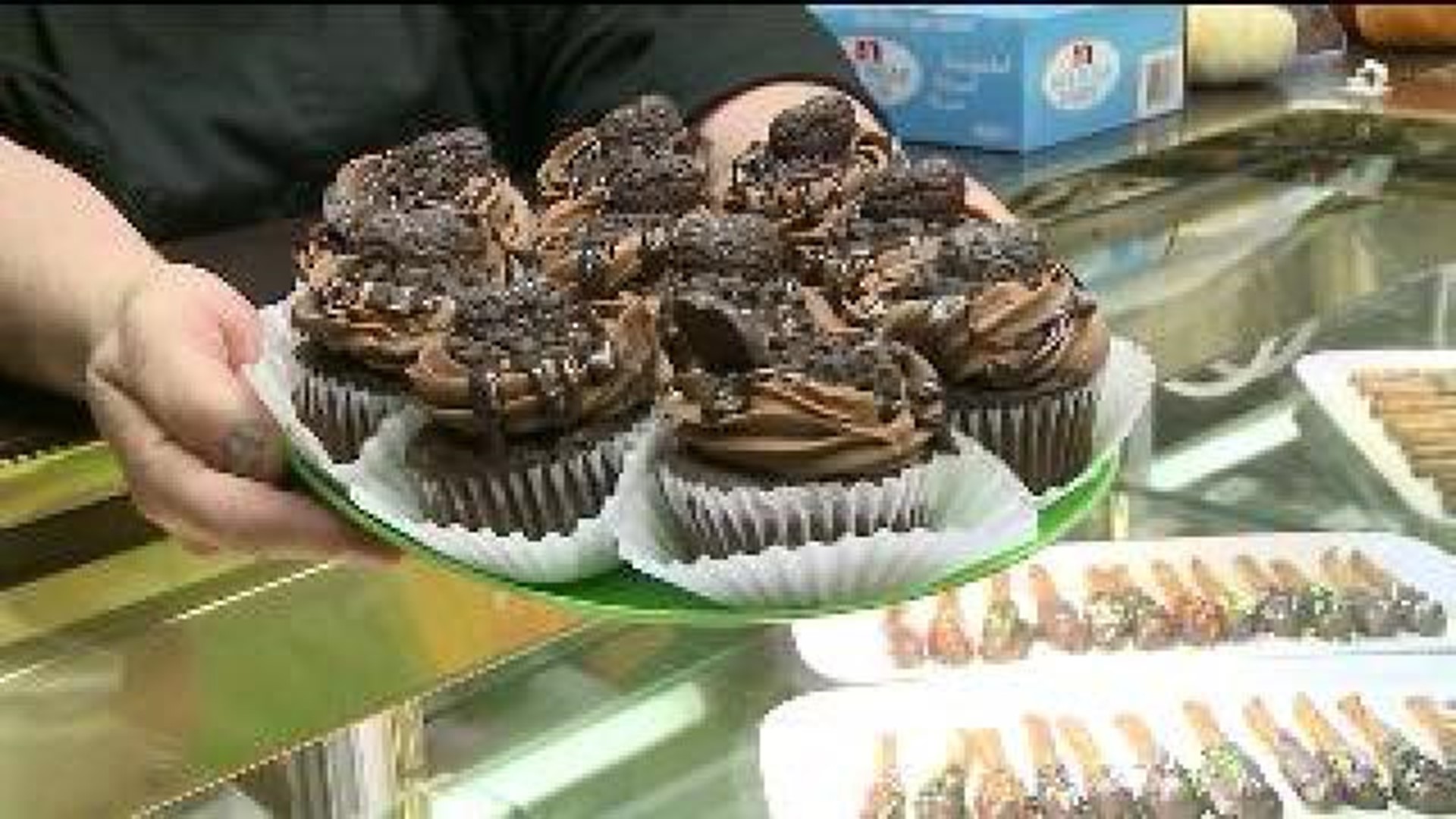 STROUDSBURG -- Chocolate lovers, that confection you crave will soon cost you more.

Prices for chocolate are on the rise and one baker in the Poconos is preparing, and hoping not to pass the price increase onto her customers.

At Kitchen Chemistry on Main Street in Stroudsburg, trays of creative cupcake confections fill the case as customers fulfill their cravings.

"I got the traditional white cream," said Shirley Deemer of Bethlehem.

Store owner Lisa Diemer says business is going well and believes it will stay that way, even though chocolate prices are going up.

"You're going to see your cocoa powder, your baking chocolate, your Nestles chips, all the stuff that has real cocoa butter and cocoa chocolate product in, it is going to go up," said the owner of Kitchen Chemistry Lisa Diemer.

The reason: rising demand for the sweet stuff and cocoa shortages due to bad weather in cocoa producing countries.

While Diemer isn't feeling those effects just yet, she's planning now to avoid it.

Although chocolate prices are on the rise, the owner of Kitchen Chemistry says she's planning on eating up that increase, for now.

"I'm going to try to bite it as long as I can. But eventually if it starts to get out of hand, then I'm going to have to increase," said Diemer.

But even if Lisa had to bump up her costs, her customers say that won't stop them from fulfilling their chocolate cravings.

"If you want it bad enough, you buy it," said Claire Jefferis of New Jersey.

"But I love chocolate and I would continue to buy it, eat it, and give it away for gifts, no problem. You only live once," said Maskill.