EAST STROUDSBURG, Pa. — You can hear it coming and see it landing — a Chinook helicopter landed on the rugby field at East Stroudsburg University. I... 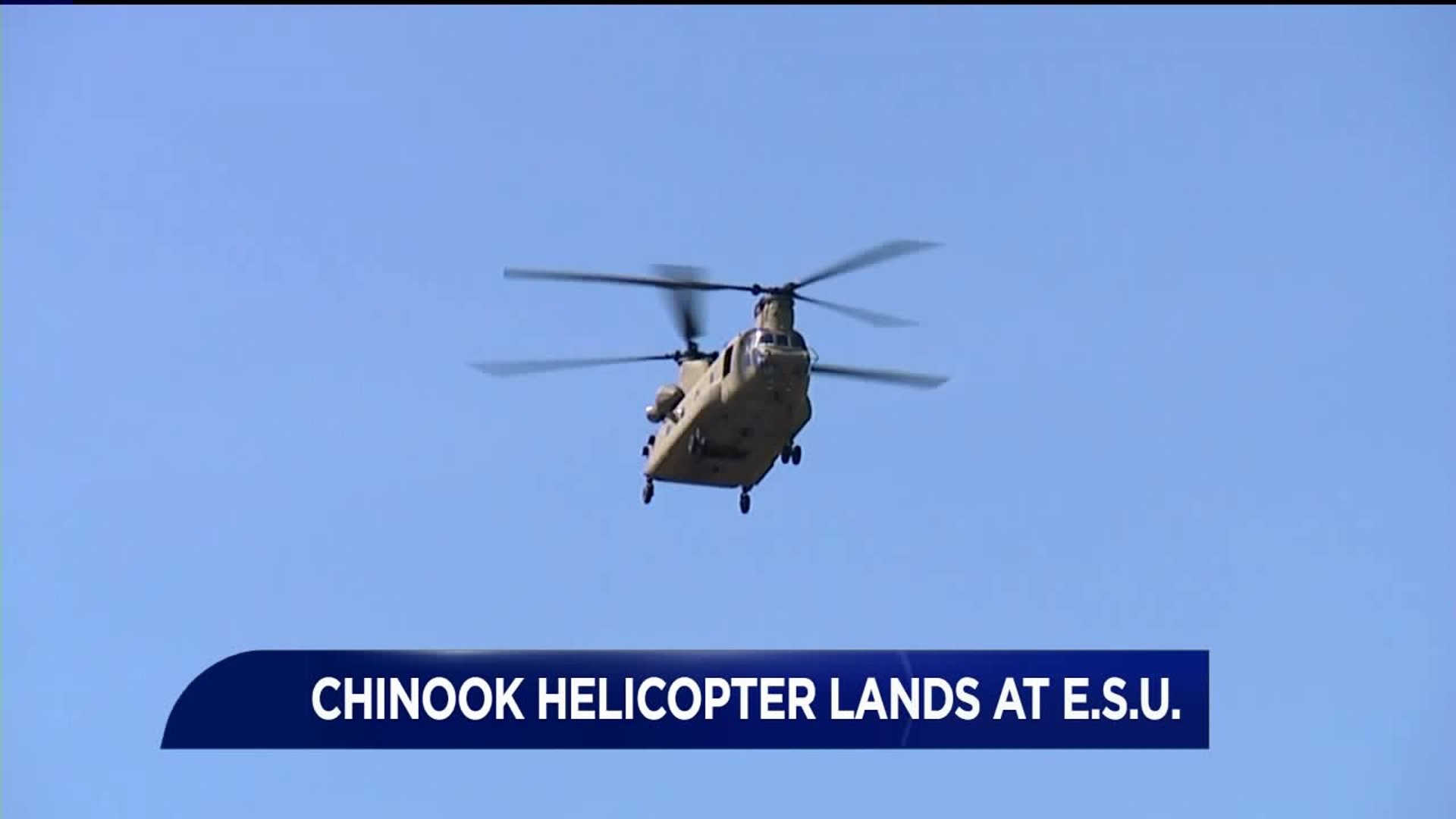 EAST STROUDSBURG, Pa. -- You can hear it coming and see it landing -- a Chinook helicopter landed on the rugby field at East Stroudsburg University.

It was all part of an ROTC training event.

Angelina Bertrand is the Company Commander for the university's ROTC program.

"This is my first time on a Chinook. I'm a little nervous because I don't know what it's like, but I am very, very excited for it," said Angelina Bertrand, ESU ROTC Company Commander.

The helicopter picked up 28 cadets who will spend four days training at Fort Indiantown Gap.

Before takeoff, the cadets got the chance to learn how to load and unload the aircraft.

"Any bit of training that you can give our cadets to understand what it is like to be a soldier and understand what it's like to lead, lead troops in and out of an aircraft, to do an air assault as we call it, is a great opportunity for them. It also gives our cadets the opportunity to learn more about the profession," said LTC Bill White, Professor of Military Science.

Now not only does this give ROTC cadets hands-on training that they will need, but it also gives community members the chance to see just some of what the military does.

"It was cool. It was really awesome seeing it come in like that. I guess you get used to seeing it in the military but for someone like me, it was pretty cool," said Lucas Miles, ESU sophomore.