TUNKHANNOCK TOWNSHIP — Nearly two years after a college student died during a fraternity hazing ritual in Monroe County, homicide charges have been filed ... 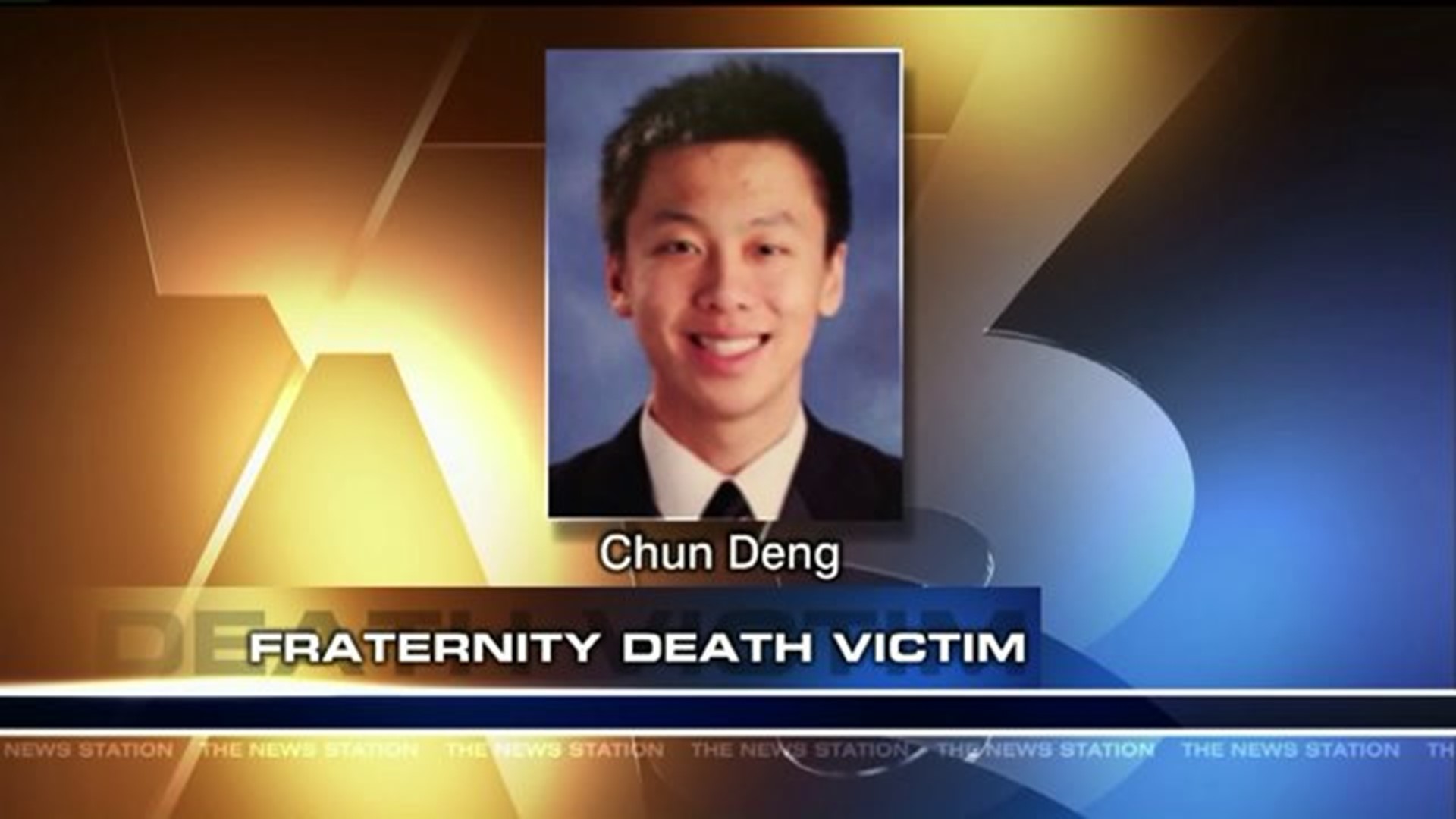 TUNKHANNOCK TOWNSHIP -- Nearly two years after a college student died during a fraternity hazing ritual in Monroe County, homicide charges have been filed against five his fellow brothers as well as the fraternity itself.

Pocono Mountain Regional Police said an 18-year-old student from Baruch College in New York died after taking part in a fraternity ritual in December of 2013 at a home near Long Pond. They said Deng, along with about 20 other members of the Pi Delta Psi Fraternity came to the house for the hazing ritual.

19-year-old Chun "Michael" Deng of New York died after being injured in that ritual outside the home. The coroner ruled the student's death a homicide.

Investigators said Deng was blindfolded, made to carry 20 pounds of sand in a backpack outside in the cold while being repeatedly attacked by other members. Deng was knocked unconscious and later died.

Sumayra Marza now lives in the house the fraternity rented.

“It's frightening. It's frightening. When your kids go off to school, you wish the best for them. When something, when you hear about something like this, with someone else's kids, it's terrible. Wish they could be protected more, but what could you do,” said Marza.

According to police, Deng was then carried back inside the house unconscious. Instead of getting him immediate medical help, the group then contacted the national fraternity president who told the group to hide all fraternity items.

Police say Deng was eventually taken to the hospital, but not before members did internet searches to find out what was wrong with him.

More than 30 other people are facing other charges in connection to Deng's death, including criminal conspiracy and hazing.

The family of Michael Deng has filed a wrongful death lawsuit against Pi Delta Psi.

The attorney representing the family released a statement of behalf of the family:

“Today, the parents of Michael Deng applaud the actions by the police, grand jury and Monroe County District Attorneys to bring criminal charges against the Pi Delta Psi Fraternity and its members for the tragic, entirely preventable hazing death of Michael.  Too many families have been devastated as a result of fraternity hazing, with at least one student dying every year from hazing since 1970.  Fraternities and their members must be held accountable, and this step by authorities is an important one.  Michael was a wonderful, beloved young man, and, in his honor, the family will also continue pursuing its wrongful death case against the fraternity to cause it and other fraternities to change so that other parents will be spared the loss of a precious child.”

View this document on Scribd