A group from Stroudsburg decided to spend their weekend cleaning up a cemetery that desperately needed it. 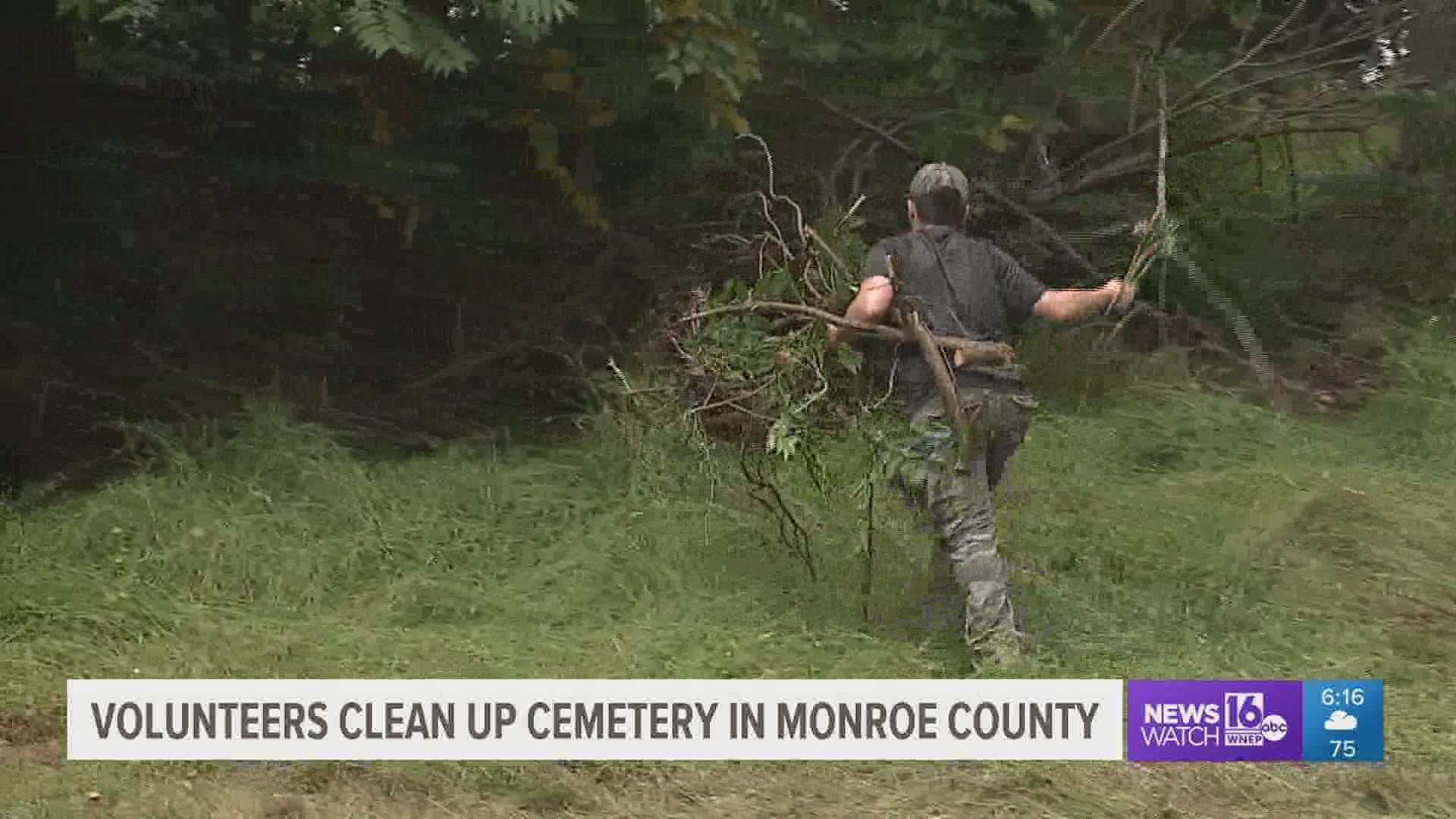 MONROE COUNTY, Pa. — Andrew Phillips from Stroudsburg spent his weekend with a few other volunteers cleaning up Minisink Cemetery in Smithfield Township.

Phillips recently noticed large trees, branches, and other debris were covering headstones and decided to do something about it.

"I actually came back here looking for my son. He's discovering things that I already knew were here. I happened to turn around here at the cemetery here in Minisink and noticed two trees that were down over tops of headstones. I found it every upsetting considering that there were several veterans that were covered up," said Andrew Phillips, Stroudsburg.

Some of the veterans buried there go back as far as the Civil War.

She says it was important to her to help clear away the brush.

"I mean, I am not doing anything that I wouldn't want done for my own family or friends that are veterans. Even not veterans, some of the graves we found were for infants and children," said Loch.

"They are veterans. I don't understand why this stuff was so overgrown and let go for so long. The trees were really dry and dead so it's been like that for a little while," said Woodrow Ebersold, East Stroudsburg.

The group also found military placards in the debris and plan to put each one back where it belongs.

Phillips tells Newswatch 16 he plans to keep an eye on the cemetery to ensure it doesn't fall back into the shape that it was in.