POCONO TOWNSHIP — Two men are locked up in Monroe county, charged with leading police on a chase that ended only after police had to ram their car with th... 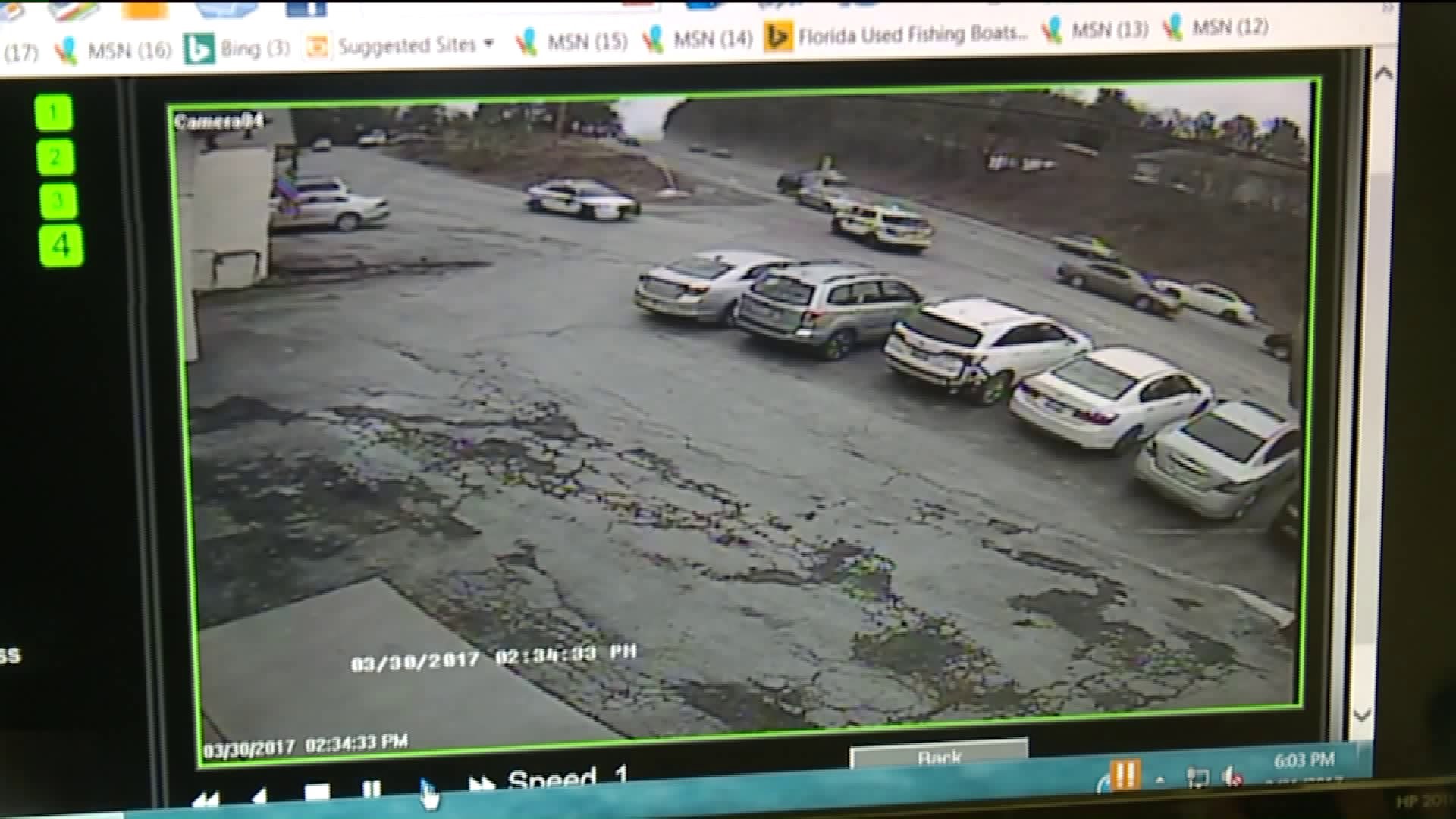 POCONO TOWNSHIP -- Two men are locked up in Monroe county, charged with leading police on a chase that ended only after police had to ram their car with their vehicles.

Cell phone video captured the dramatic moments a police chase involving this car came to an end on route 611 near Swiftwater around 2:30 Thursday afternoon.

Now investigators say the two men in the car, driver Kwyane Walker from the Bronx and his passenger Gary White, are locked up, facing numerous charges after they tried fleeing from police.

Auggie Venditti works at D`Amico`s Auto Body Shop on 611 and says the troopers stopped the men right in front of the store.

“Soon as the car jumped out on 611, state police came behind, pinned him, another state trooper came by, pushed the car and another one pushed him and surrounded him,” said Venditti.

Surveillance video from the auto body shop shows Venditti walking through the parking lot, moments before troopers come flying by.

Then another surveillance video shows the troopers boxing in the car.

“Like a scene you'd see out of a movie,” said Venditti. “So it was like 12 troopers, they were wonderful, kept everything under control, no pedestrians got hurt, I thought the state police did a very good job.”

Court papers state the chase started when state police tried to stop walker for speeding on Interstate 80, near a rest area.

Walker took off, getting off the interstate as troopers chased him through back roads until he was finally brought to a stop on 611.

“We haven't seen anything that exciting since Eric Frein was hiding across the street so that happened one day so,” said Jeremy Johnson.

Johnson works at the Pocono Cheesecake Factory on 611 and saw all the commotion.

But it wasn`t until he saw that cell phone video that he realized what happened.

“The way he was spinning, I think they probably just pitting the guy and I thought the reaction was pretty funny from the girl taking the cell phone video, she was like ‘oh my god, oh my god’,” said Johnson. “And that other car was like just squeaking through, I can't imagine what their reaction must have been.”

Both men are being held at the Monroe County Prison as they are unable to post bail.

A preliminary hearing for both is scheduled for April 11th.