STROUD TOWNSHIP, Pa. — Cats were thrown from a vehicle in front of an animal shelter in the Poconos, and it was all caught on surveillance video. Director... 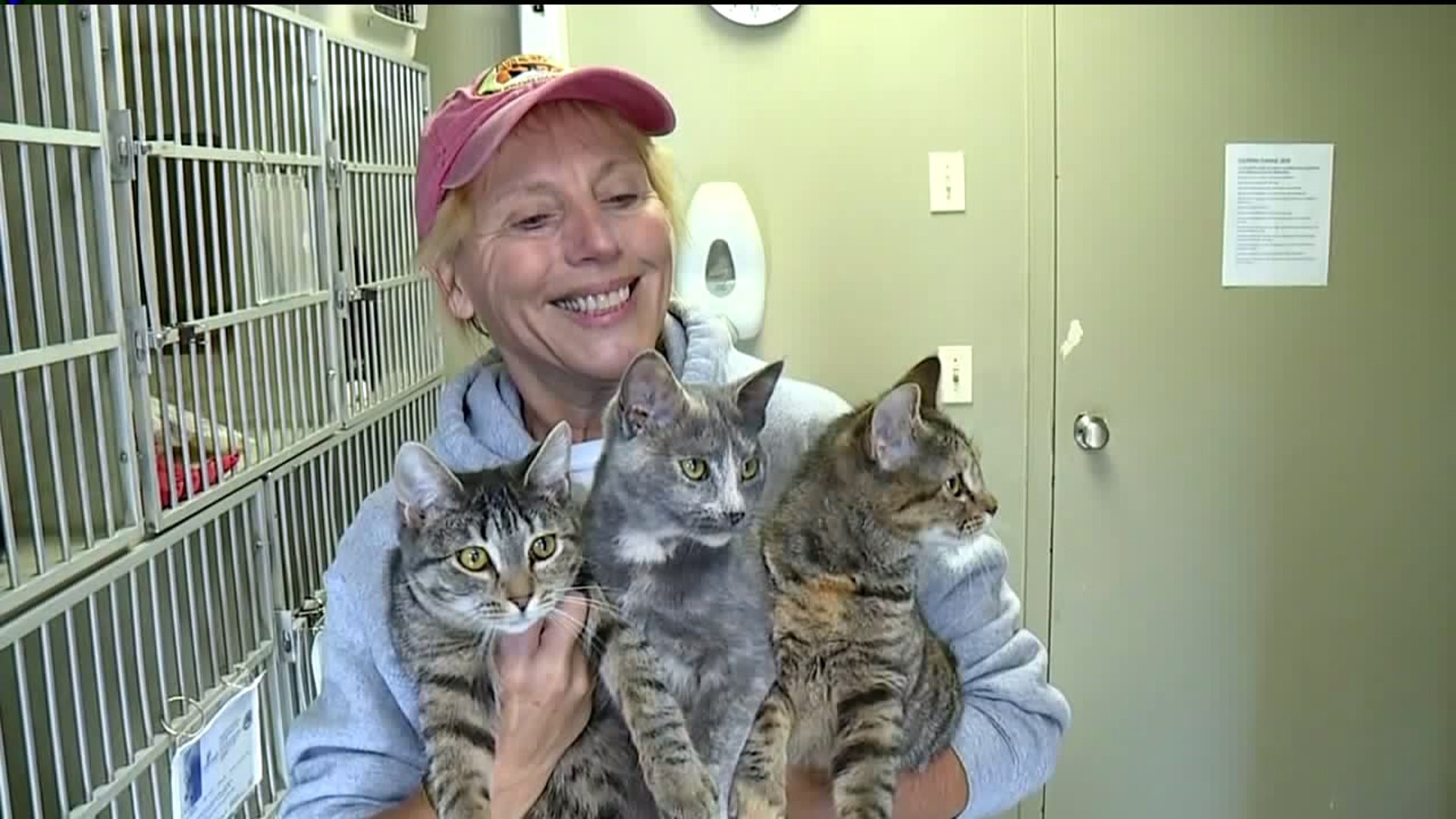 STROUD TOWNSHIP, Pa. -- Cats were thrown from a vehicle in front of an animal shelter in the Poconos, and it was all caught on surveillance video.

Directors of AWSOM animal shelter near Stroudsburg are hoping someone can identify the vehicle.

Directors at AWSOM say the cats were thrown out of the vehicle on Sunday just a half hour before the shelter opened for the day. Now they are hoping to find the persons responsible.

The video shows three cats being thrown out of the passenger side door of a dark-colored SUV.

"One of our volunteers was coming up and saw three kittens just on the end of the driveway and every now and then we do get people who dump things, and we are like, 'Oh no, not again.' We do have security cameras and we always pull up to see what might have happened and we saw that horrific, just very sad video," said board president Sandra Fellin.

Fellin says the incident happened Sunday morning, just a half hour before the shelter opened for the day. The female kittens, only about six months old, are now in the shelter's care.

"Not only did they not go out and nicely place these cats, they literally take these cats, open the door, kick the first two out into the grass, take the third one and throw it alongside and take off. It just breaks your heart and it's not the way to treat animals," Fellin said.

Volunteers say not only was it heartbreaking the way the cats were dropped off, but their addition is also difficult because the shelter is at capacity.

The cats are in good health, and Fellin says it looks like they were taken care of, which is why the recent treatment of them doesn't make sense.

"They were obviously home pets. They are not sick. They don't have fleas. They seem well fed and are socialized. So if you were or had these animals and loved them that long, how can you possibly kick them out and throw them out literally across the yard? It's just so disturbing," Fellin added.

Shelter directors say they have reported the incident to police and are asking anyone with information to come forward.