Car Smashes into Diner in the Poconos 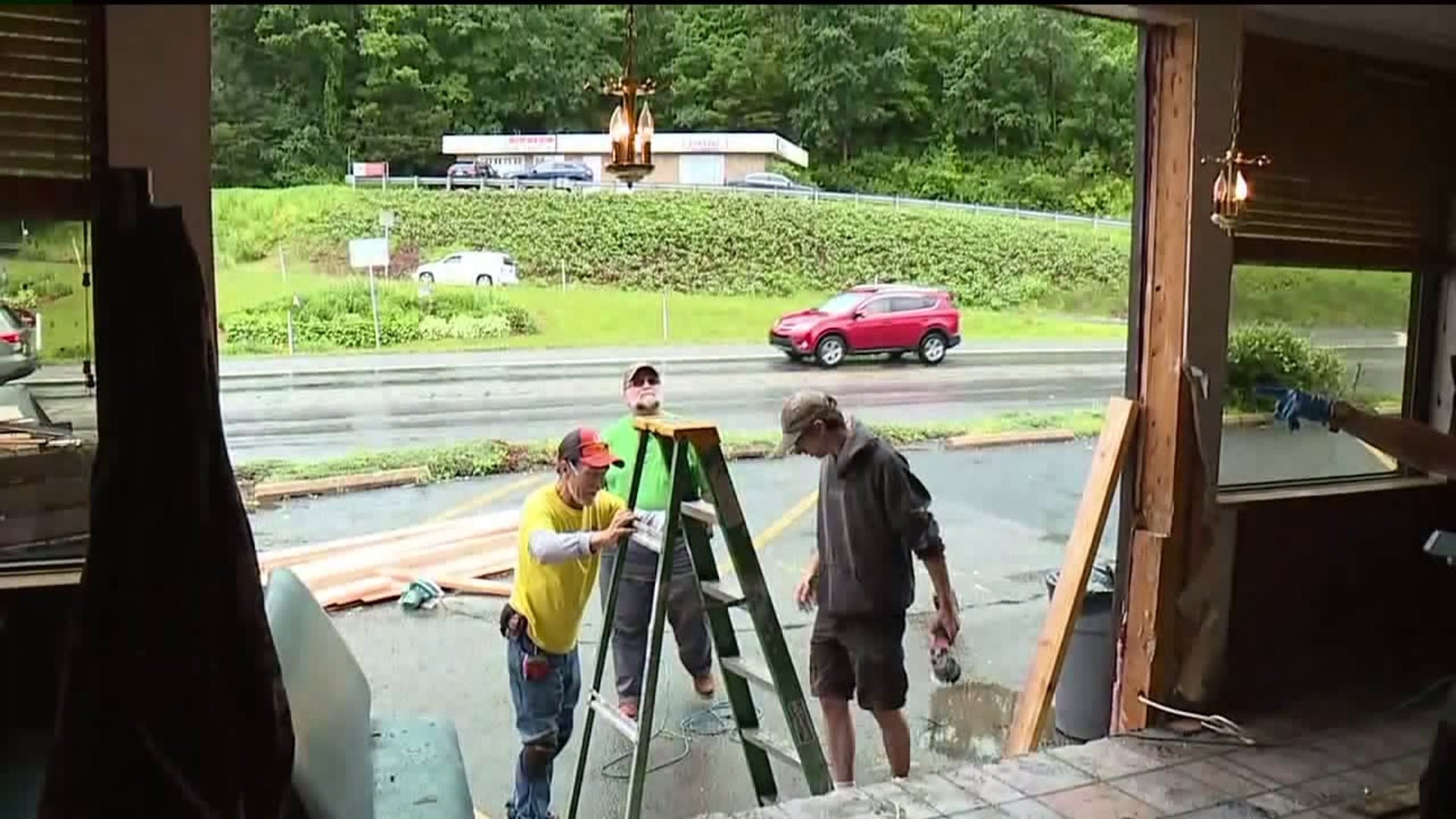 Photos from viewer Steve Warner show where a car crashed into the diner around 4 a.m. Friday.

Chestnuthill Diner in Brodheadsville has a gaping hole at the front of the building after a driver slammed into it early this morning. The driver has minor injuries. Authorities are investigating what led to the crash. The diner is still open for business. @WNEP pic.twitter.com/Hx5oIJ5tYg

"It looked like it had come right in here, and it's just like oh no, but at least it's still here," said Bonnie Ryder, Effort.

The only person inside at the time was the overnight cleaner.  He did not get hurt.

Authorities said the driver lost control of his vehicle.  He has minor injuries.

Despite the mess, the place in Chestnuthill Township stayed open.

"I was surprised. The debris went all the way to the back of the diner. He hit this place with such force that he knocked out a support beam. A 6-by-6 support beam, he broke it in half with a Nissan car," said Debra Paszko, Chestnuthill Diner.

The driver came down the hill, through a garden, across the street, and hit a berm. That's when he went airborne and into the front of the diner.

"We still have a whole other half of the diner. We seat 250 people normally. That section only seats 55, so we are only losing 55 seats out there for right now," said Paszko.

Some regulars came in to see the mess.  Others wanted to make sure their favorite table was still intact.

"We weren't going to come, and I called them to say look at the pictures on Facebook of the diner. We had to come down and make sure our table was still here," said Sky Vanauken, Saylorsburg.

Police are still trying to figure out what led to the crash.

Diner managers say this isn't the first time their property has been damaged.  They hope drivers are more cautious in this area.