Camping out for Free Chick-fil-A for a Year

BARTONSVILLE, Pa. — Folks spent their night camping outside in Monroe County all for some chicken. Chick-fil-A held its grand opening festivities at its n... 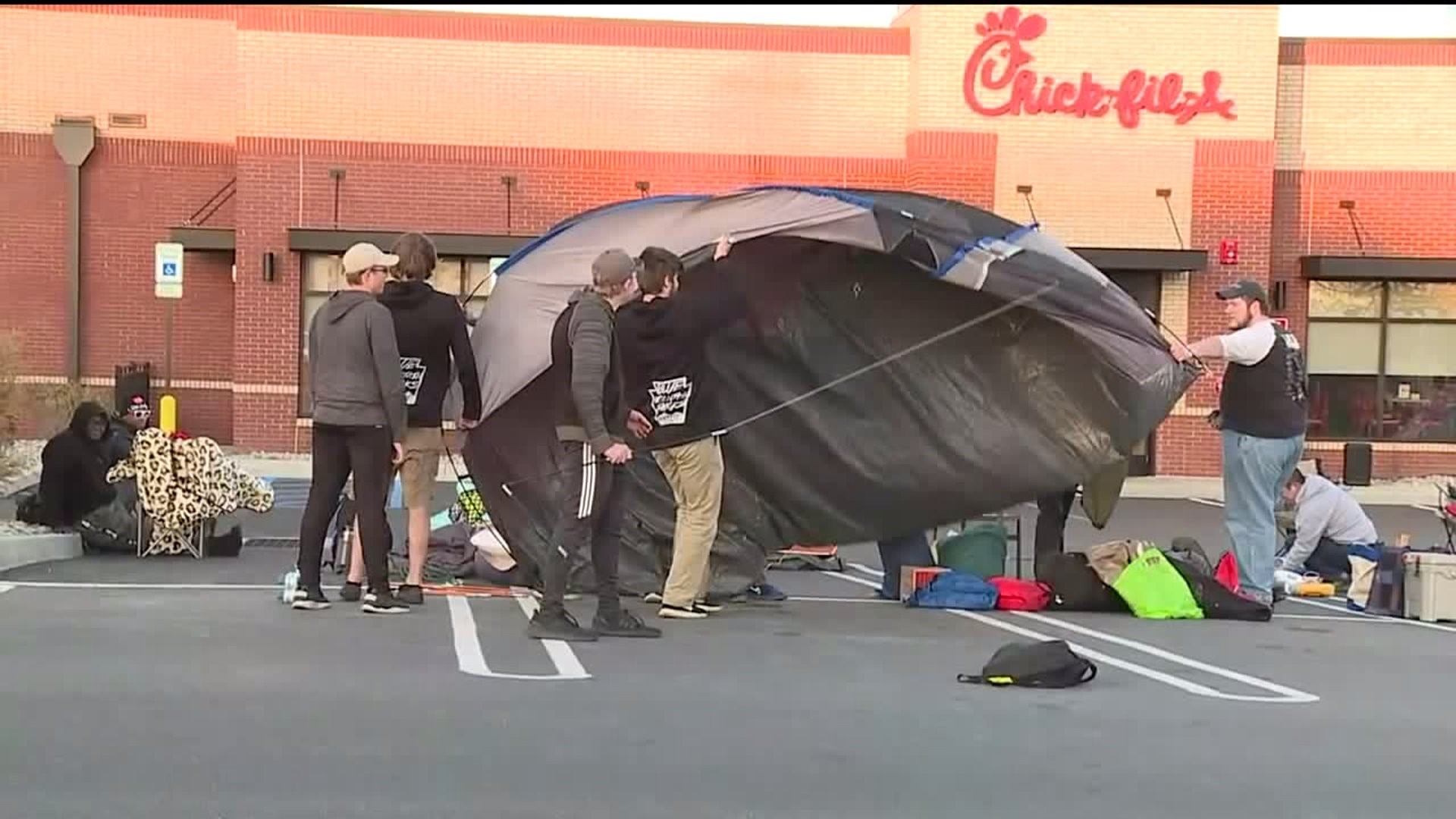 BARTONSVILLE, Pa. -- Folks spent their night camping outside in Monroe County all for some chicken.

Chick-fil-A held its grand opening festivities at its new restaurant in the Poconos, and people are sleeping outside tonight in order to qualify for free Chick-fil-A for a year.

As night fell in Monroe County on Wednesday, chicken lovers prepared to make camp for the night.

Sleeping outside a fast food restaurant may seem a little odd, but folks here say it's all for: “Free chicken for a year!” yelled Andrew Bentsen from Reeders.

The grand opening festivities for Chick-fil-A’s new restaurant on Route 611 in Bartonsville was held Wednesday night, and it's the first stand-alone Chick-fil-A in our area.

The store usually celebrates new openings by throwing a party in the parking lot for fans.

Making the event even more tasty, the first 100 people to check in will get free Chick-fil-a for a year, driving people into a chicken fever pitch.

“It's the grand opening of Chick-fil-A! Chick-fil-A is incredible, it's delicious!” said Jacob Huff from Effort. “There's not one all that close to my house. Now there is, so I got to come and get myself ready and get the Chick-fil-A for the year, right? You have to do it!”

One group of friends from Brodheadsville were among the first 30 to get in and were thrilled that they scored 52 weeks of chicken sandwiches, waffle fries, and drinks.

Once sun set, the wind made temperatures a bit bracing, but folks came prepared, armed with tents, sleeping bags, and blankets.

“I brought a space heater that I'm going to try and ask them if I can run an extension cord somewhere and run the space heater into the tent, you know to stay warm,” said Aaron Hammond.

But even if you brought supplies, you had to battle that wind to set it up.

Still, everyone here said they'd sleep outside Chick-fil-A again for year's worth of good chicken sandwiches.

“The next 52 meals, I’ll be thinking it's worth it every single time we eat,” said Bobby Levy of East Stroudsburg.