The governor's office said sporting events can continue as long as a COVID-19 safety plan approved by the Department of Health. 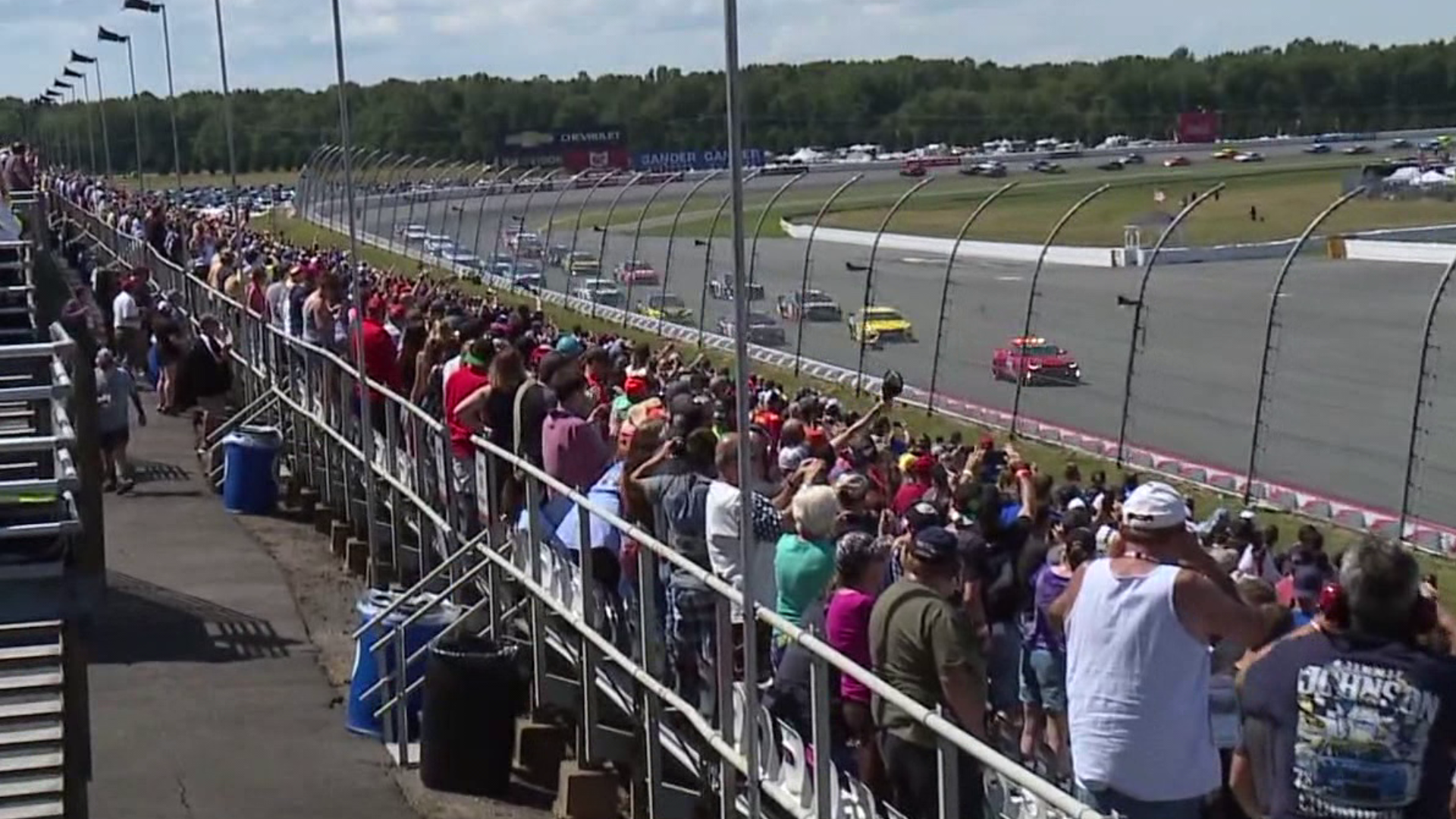 LONG POND, Pa. — Even as counties move into the yellow and green phases, there will still be some restrictions in place, according to the governor's office.

That is particularly relevant for Monroe County, which is moving into the yellow phase on Friday and hopes to welcome NASCAR to Pocono Raceway for a big weekend next month.

The first-ever NASCAR Double Header for Pocono Raceway is set for late June.

The governor's office has just announced professional sporting events can go on in counties that are in the yellow and green phases, but fans cannot come to watch.

Fans can feel the rumble of NASCAR vehicles flying by at Pocono Raceway near Long Pond.

However, this year, race fans will likely have to watch from home.

The state said professional sports can resume but without fans.

Pocono Raceway has not yet said what its plans will be for its NASCAR Double Header races in late June.

Some businesses nearby worry about the possibility of a race without fans on an economy already hard hit by COVID-19.

"Two races that were a doubleheader, which was supposed to be an explosive weekend for all the businesses up here, including us, only three miles away from the track, is devastating," General Manager of nearby Jubilee Restaurant Bill Van Gilder said.

"Definitely, this will be a big loss if it is not happening for the hotels because those are the weekends hotels in the area do good business," Hotel Mount Pocono General Manager Syed Akrumud Dulla said.

Fans who choose not to stay at hotels often set up camp at the raceway or at nearby campsites.

Melissa Cuccarro of Ahart's Market said those fans usually crowd the supermarket for supplies well in advance of the races.

"Usually the Monday before that Sunday's race, we have campers here just waiting for us to open up and everything, and like I said, they are all so nice, so we are going to miss them," Cuccarro said.

Again, we are still waiting to hear from Pocono Raceway about what its plans are for the NASCAR Double Header.