Police say the crash sent five people to the hospital with unknown injuries. 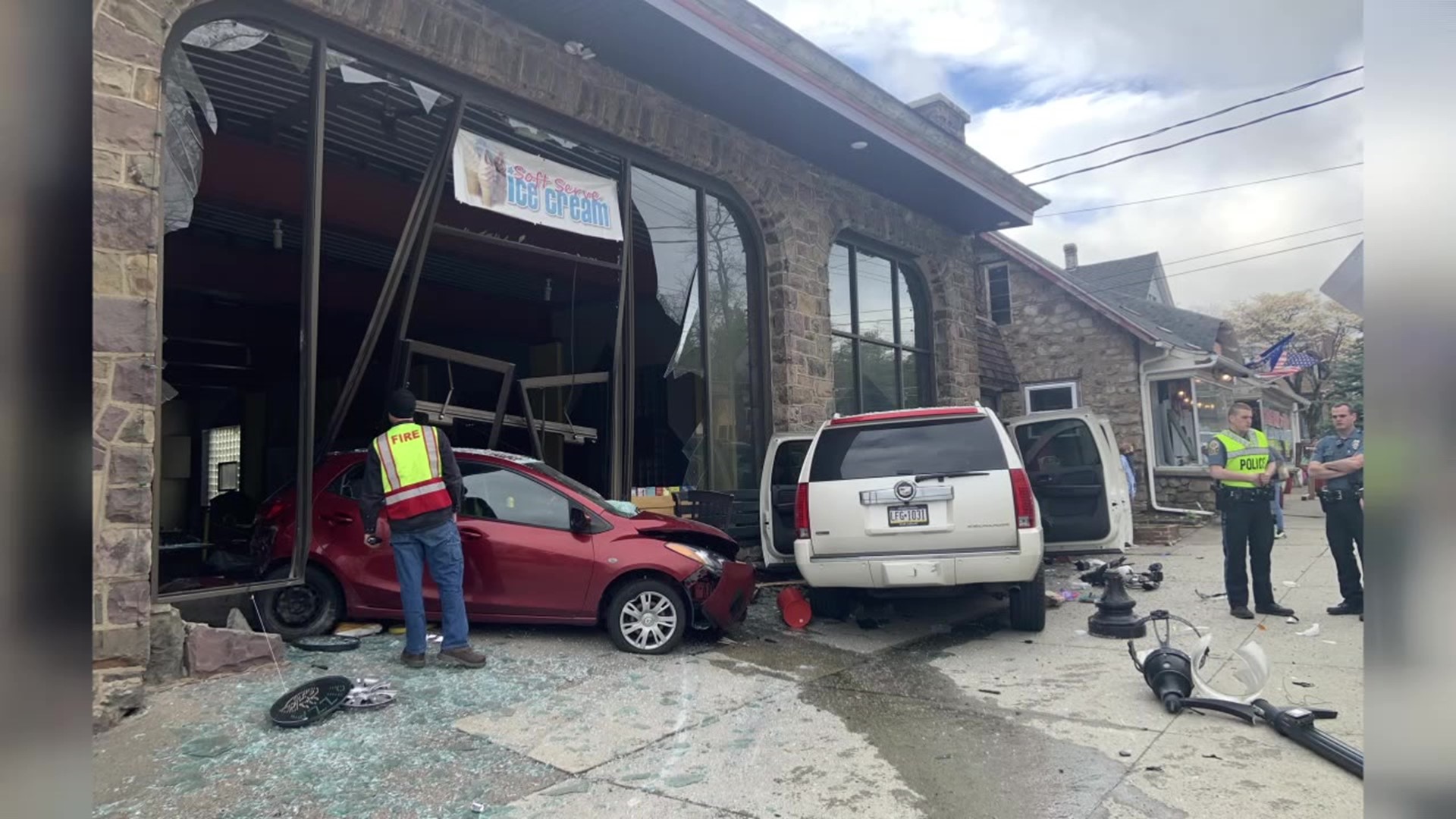 MOUNT POCONO, Pa. — Towing crews removed a car from the storefront window of this business on Route 611.

Pocono Rocks owner Jodi Bohdal says she was on her way there when she heard what happened.

“My lovely neighbors called me. I was en route because I had gone to the restaurant store to get some supplies, and they said somebody's through your building. I was like, what, really,” said Bohdal.

Police say the crash sent five people to the hospital with unknown injuries.

While it's not known if speeding played a role, Bohdal says that is a major problem on Rt. 611.

“This is an ongoing issue with this borough and the roadway,” said Bohdal. "Something's got to give here because now they're literally through my building.”

Pam Watkins owns Fork Street Bistro and Bakery around the corner from Pocono Rocks and agrees that people definitely speed on Rt. 611.

“Traffic coming up the hill and as they come under the bridge, there's no slowing down so cars are on top of you in a moment,” said Watkins.

Michael Penn is the mayor of Mount Pocono. He says the borough applied for a state grant to fix the speeding issue. That was denied last week.

“We get nothing, and we try over and over. We tried speed radar signs to slow traffic. We were denied those,” said Penn.

Pocono Rocks just happens to be closed on Tuesdays and Wednesdays.

People here say they're just grateful no one was inside.

“It's amazing they were closed and that there weren't people milling around in front her building,” said Watkins.

The cause of the crash is under investigation.