BARRETT TOWNSHIP — A historic inn in the Poconos is getting torn down. The Buck Hill Inn near Mountainhome has been closed for more than 20 years and the ... 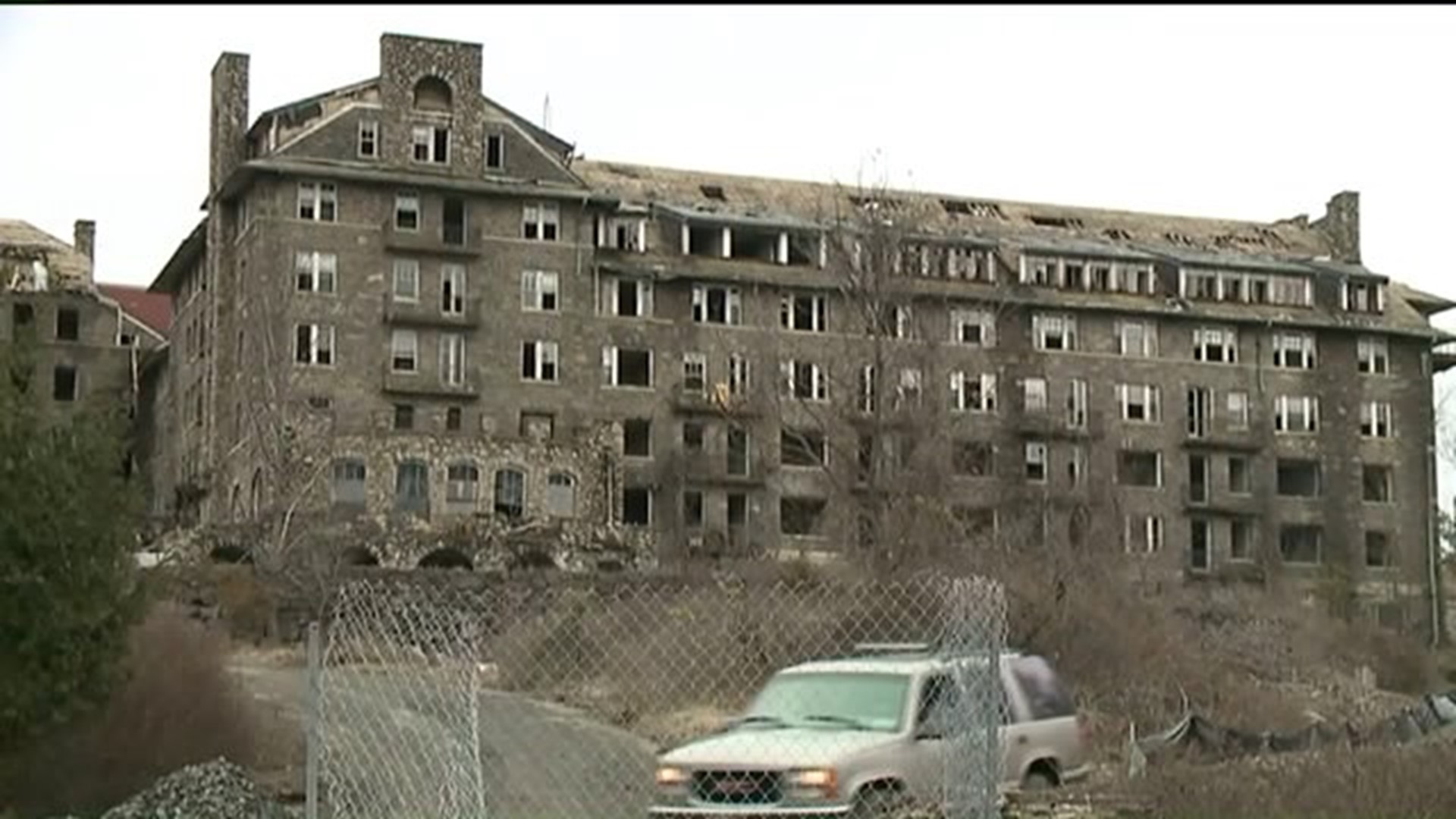 BARRETT TOWNSHIP -- A historic inn in the Poconos is getting torn down.

The Buck Hill Inn near Mountainhome has been closed for more than 20 years and the place has become an eyesore for residents.

This iconic piece of architecture in the Poconos is now fenced in and surrounded by demolition crews.

Justine Knipe owns Mountainhome Candle and has fond memories of the place in its heyday.

"I went to, I think it was my junior prom that was held there. It was a grand old place. it was really, really beautiful," recalled Knipe.

According to officials with the Buck Hill Falls Company, Buck Hill community members raised $2 million in private funding to have the place demolished. It became too much of a liability and eyesore to the community.

Work on the demolition began late last year and there's still a long way to go.

The 400-plus-room facility was a big attraction in the Poconos before it closed in 1991.

It has been in the spotlight a number of times.

It was once rumored to be haunted and was featured on several TV shows.

Buck Hill Inn also got attention during the search for accused cop killer Eric Frein back in 2014.

"I mean it's a shame, but no one has been there," said Don Quillen.

"It just got to the point where it needed to be torn down," said Mountainhome Deli and Cafe owner Raymond Cawolsky.

Once demolition of the inn is over, it will remain an open space until owners can figure out what to do with it. Some community members hope it becomes something just as grand as the inn once was.

"Someone will think of something wonderful, I hope. It's a beautiful place and a beautiful property and it's just too bad," said Nancy Quillen.

Falls Road Funding now owns the inn, but a new owner, the Buck Hill Falls Conservation Foundation, will take over by early summer once demolition is complete.