MIDDLE SMITHFIELD TOWNSHIP — A bustling crowd filled the aisles at a gun show in Monroe County Saturday, illustrating the contradictions in the debate ove... 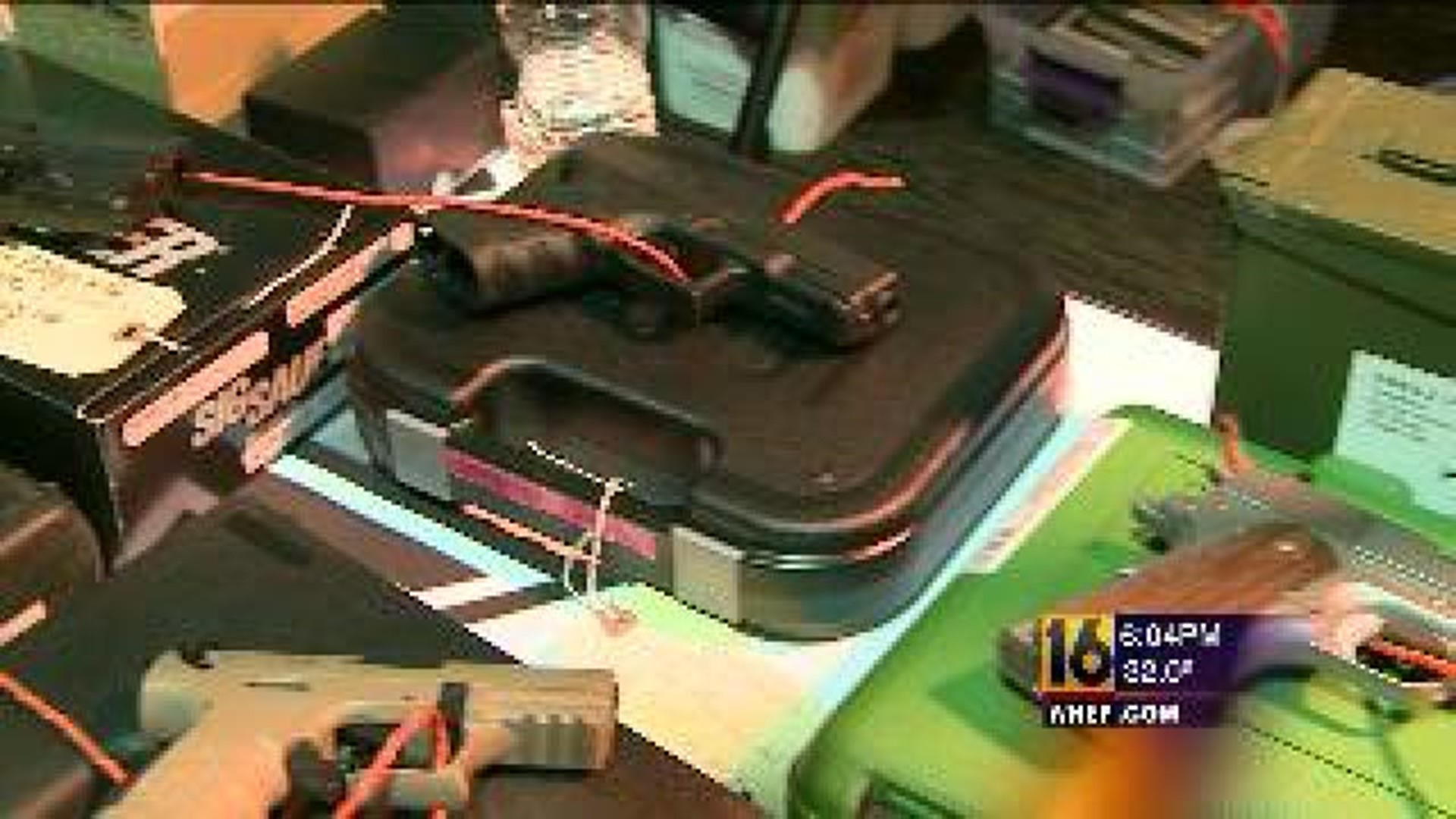 MIDDLE SMITHFIELD TOWNSHIP -- A bustling crowd filled the aisles at a gun show in Monroe County Saturday, illustrating the contradictions in the debate over semi-automatic weapons.

Organizer Joel Koehler, of Eagle Arms Productions, said that since the Sandy Hook tragedy buyers have been motivated.

He added the only cancellations he had were vendors who were sold out and didn't have inventory.

The hottest commodities are semi-automatic rifles. The type of weapon at the center of debate since the school shooting.

"We sold in one month what we normally sell in a year. December was a record month in gun sales all time," said Barr.

Barr said even thought prices have doubled for the most popular firearms, he is protecting his livelihood, not capitalizing on tragedy.

"People look at dealers or distributors and think they are price gouging, remember this happened before the Christmas shutdown. Nobody has been making guns for two or three weeks," added Barr.

The three gun dealers we spoke with all oppose laws that would limit magazine size on semi-automatics.

"It's ridiculous. To change to five or ten rounds. There are so many magazines out there in the world today that everybody has them," said Alimecco.

However, there is a contradiction in the crowd at Ferwood resort.

Despite the feeding frenzy around semi-automatics, when it comes to the issue of regulations, the gun owners we interviewed with see room for change.

Bob Skaggs of Beach Lake said, "I'm a firm believer it's not the gun that kills, people kill." However he went on to add, "I think they should do something with these assault weapons some of them."

Specifically he would like to see restrictions enforced regarding who can possess the military-style weapons.

"A lot of people like to hunt with the "AR", but since the high capacity magazines are a big issue now, I think we should maybe just cut it down to five or six rounds," said Pierre Degagne of Stroudsburg.

Esther Rucci traveled from New Jersey to Monroe County to attend the show at Fernwood Resort.

"The things that happened in Newtown. That's bad. If they use it for hunting or something. You don't need that much power," said Rucci.