BARRETT TOWNSHIP — It will take you longer to drive from Stroudsburg to the Canadensis area, thanks to some bridge work that started Monday. Workers spent... 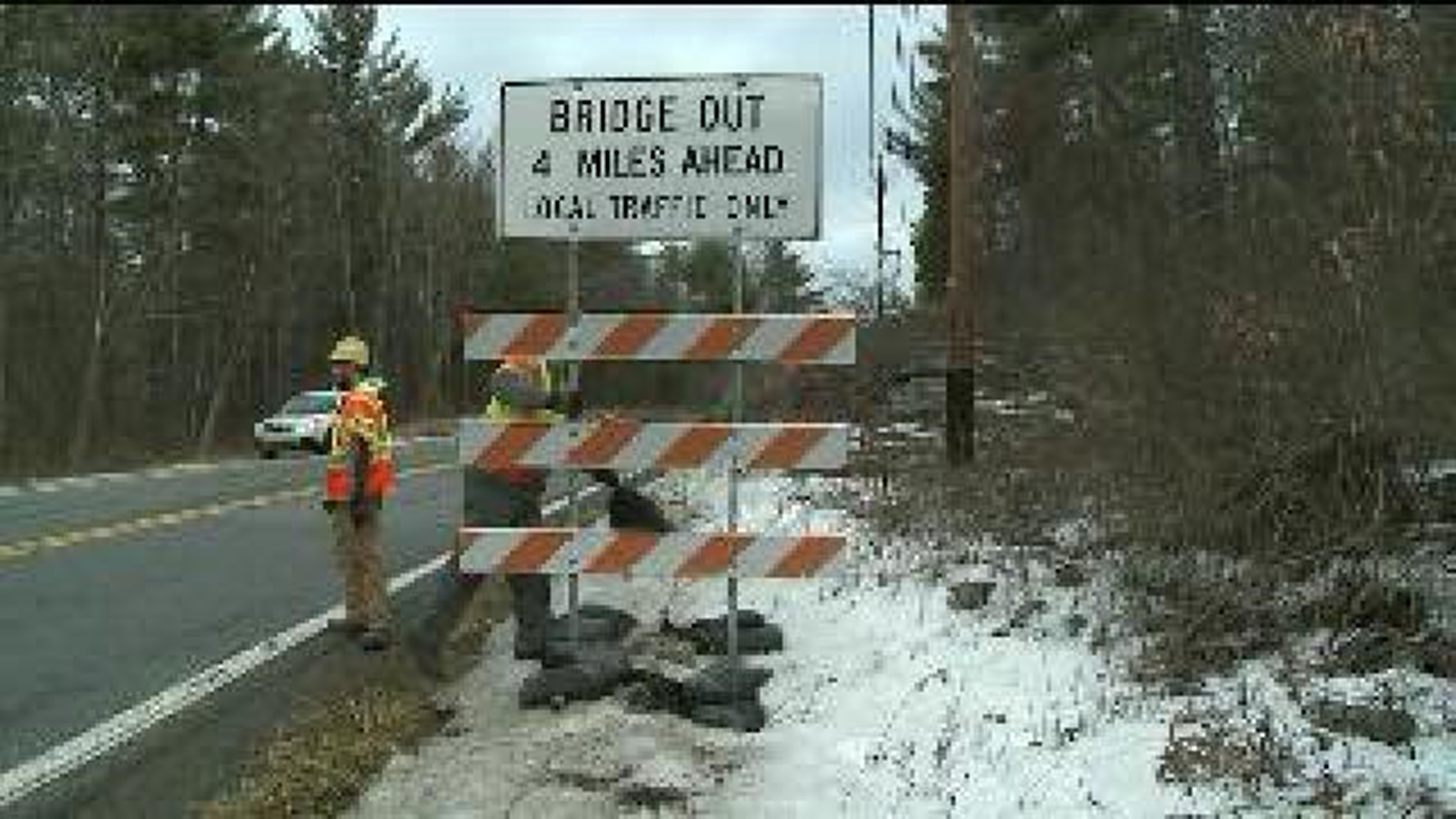 BARRETT TOWNSHIP -- It will take you longer to drive from Stroudsburg to the Canadensis area, thanks to some bridge work that started Monday.

Workers spent the day putting up signs, alerting drivers a bridge is out.

This means they won't be able to drive straight through on Route 447 in Canadensis. Instead, drivers are forced to take a four-mile detour around the bridge which is being replaced.

"This is a main road to get anywhere. We take this to go to Stroudsburg. If you want to go into Jersey, this is the easiest way to get there,” said Marj Feliciano of Canadensis.

For Feliciano, she's local and knows her way around. But she feels bad for others who aren't permanent Poconoans.

Which is a problem for Cole's Pizza. The business depends on the tourist traffic, which is going to be diverted until September.

"The summertime is our main income that holds us over for all the slowness we'll have during the winter," said Tesla Cooper of Cole's Pizza.

So in the meantime, Cooper is starting to think outside the box to promote her business by handing out flyers.

"Whatever we can do to advertise," said Cooper.

For neighbor Marj Feliciano, she's taking the detour in stride.

"It's kind of winding roads.  You just have to take it slow," said Feliciano.

PennDOT officials say the bridge on Route 447 is expected to be replaced and open by September. But until then, the four-mile detour is in place.