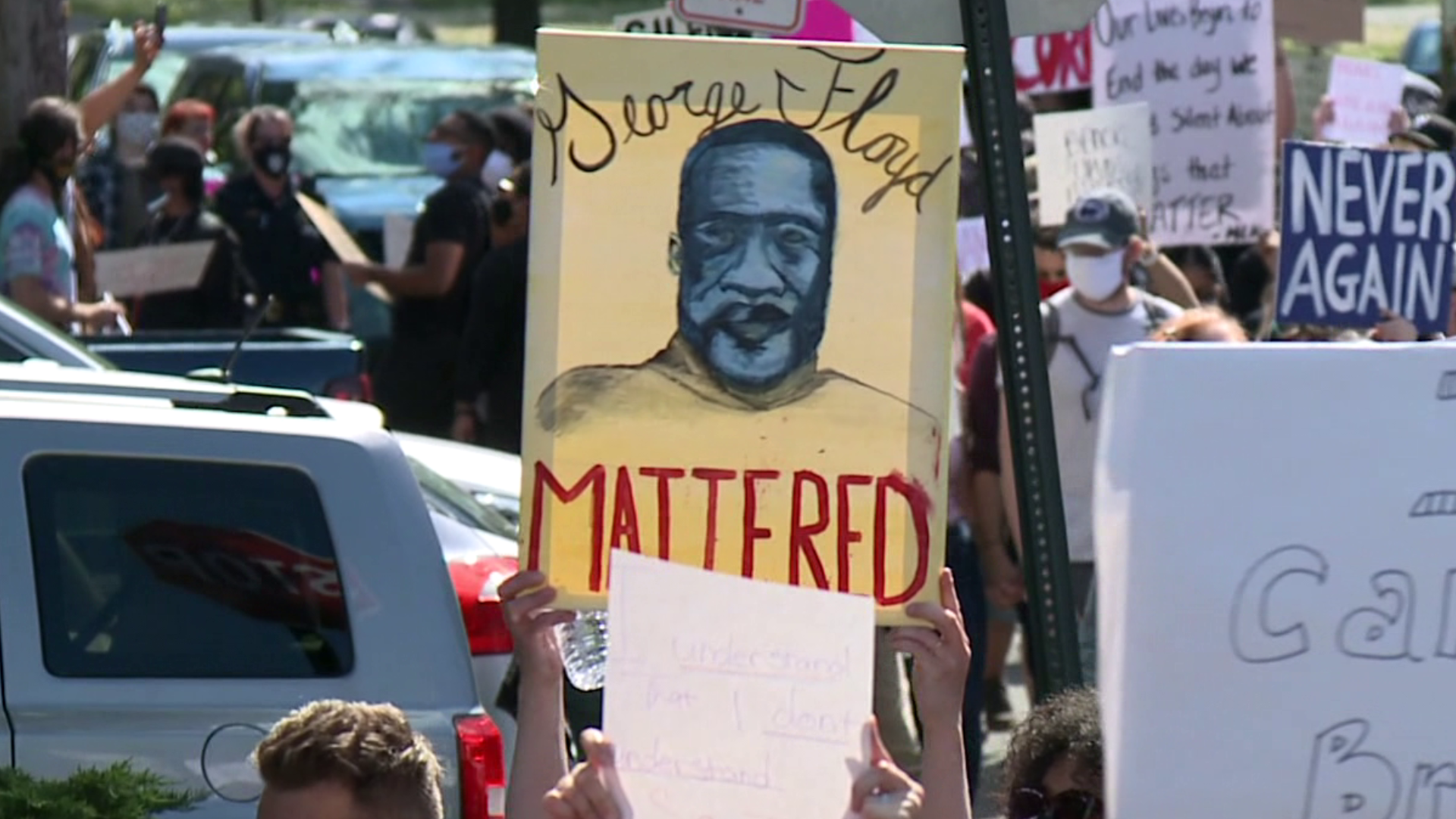 STROUDSBURG, Pa. — Hundreds of people came together Monday night for a Black Lives Matter march in the Poconos.

Floyd was an African American man who died last week while in police custody in Minneapolis, Minnesota.

His death sparked outrage across the country and protest here in the Poconos.

"Enough is enough. I decided that it's really time for us to fight for our community," Ameerah Graham of Stroudsburg said.

Demonstrators marched about a mile from Dansbury Park in East Stroudsburg to the Monroe County Courthouse in Stroudsburg.

Hundreds of people took to the streets carrying signs reading "Black Lives Matter" and "No Justice, No Peace."

This was a peaceful protest.

"It was just one of those things where I felt it was good to walk with them and show them we don't support what that officer did, and my department doesn't support that as well," Sheriff Morris said.

Many others brought their children and their grandchildren.

Raymond Mercado used this demonstration as a teaching moment for his oldest daughter.

"I'm here to teach her how to properly protest without rioting and looting and causing a big scene. I always talk about it, and we have an opportunity to be here," Mercado said.

They were chanting for change, in the hopes that demonstrations like this make a difference.