DELAWARE WATER GAP — With the wintry weather some roads can get downright dangerous. Many areas use salt to make the roads safer, but in the Poconos the N... 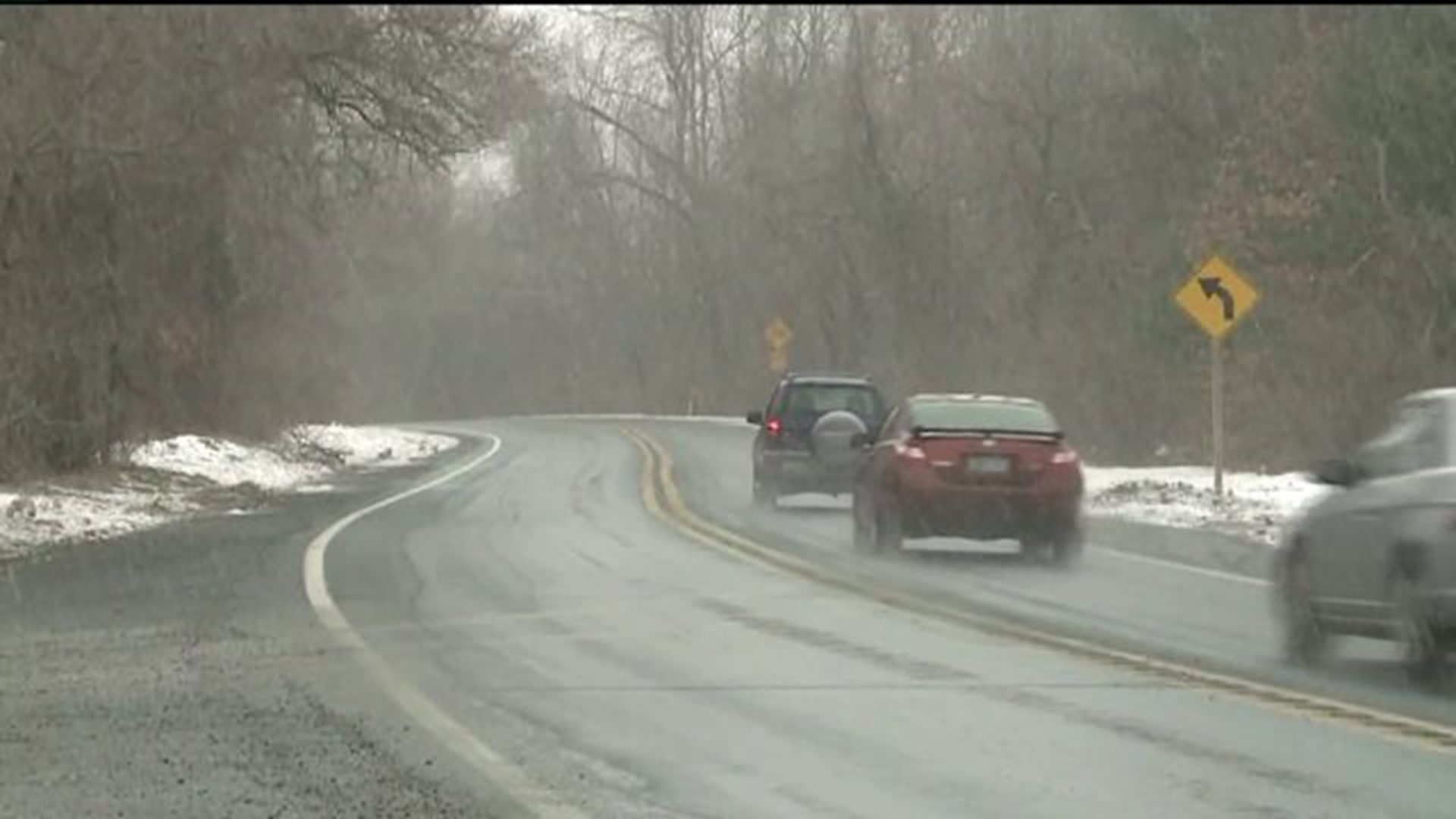 DELAWARE WATER GAP -- With the wintry weather some roads can get downright dangerous.

Many areas use salt to make the roads safer, but in the Poconos the National Park Service is using something you might find in the grocery store: beet juice.

Rangers at "The Gap" said the juice from those little red root vegetables is mixed with the salt and spread on the roughly 100 miles of roads that need to stay clear no matter what kind of weather.

When it gets cold and the snow starts to stick in the Delaware Water Gap National Recreation Area, the National Park Service has a new ingredient in the fight against slick roads.

The brown juice gets mixed with the traditional salt used on the roads. It's beet juice and according to park rangers, it's an improvement to the traditional diet for wintry roads.

"The beet juice we use is 100 percent organic, renewable product. It's environmentally friendly. It's an agricultural product," said Ranger Kathleen Sandt.

Rangers said beet juice helps cut down on the amount of salt needed on about 100 miles of roads, roads running through an area where the focus is on nature.

"With a lot of our roads near creeks and rivers, pristine environments, we want to make sure the materials we're putting out there to keep people safe are also safe for the environment," added Sandt.

Route 209 in both directions for about 20 miles is taken care of by the National Park Service, and that beet juice has been used so far this season to help prevent the salt from clumping and to be effective in more frigid conditions, said officials. Not to mention it cuts down on the amount the salty roads corrode vehicles that use the road.

"Traditional road salt will stop working when you drop below 20 degrees, when you add the beet juice byproduct to the road salt it's effective even below zero," said John Lambert, the Chief of Facility Management.

In fact, a spokesman for PennDOT said the state is experimenting with beet juice in its road treatments out near Pittsburgh.