Bear sightings abound in the Poconos

Wildlife experts say a lack of food is what is bringing bears out to neighborhoods and other public places. 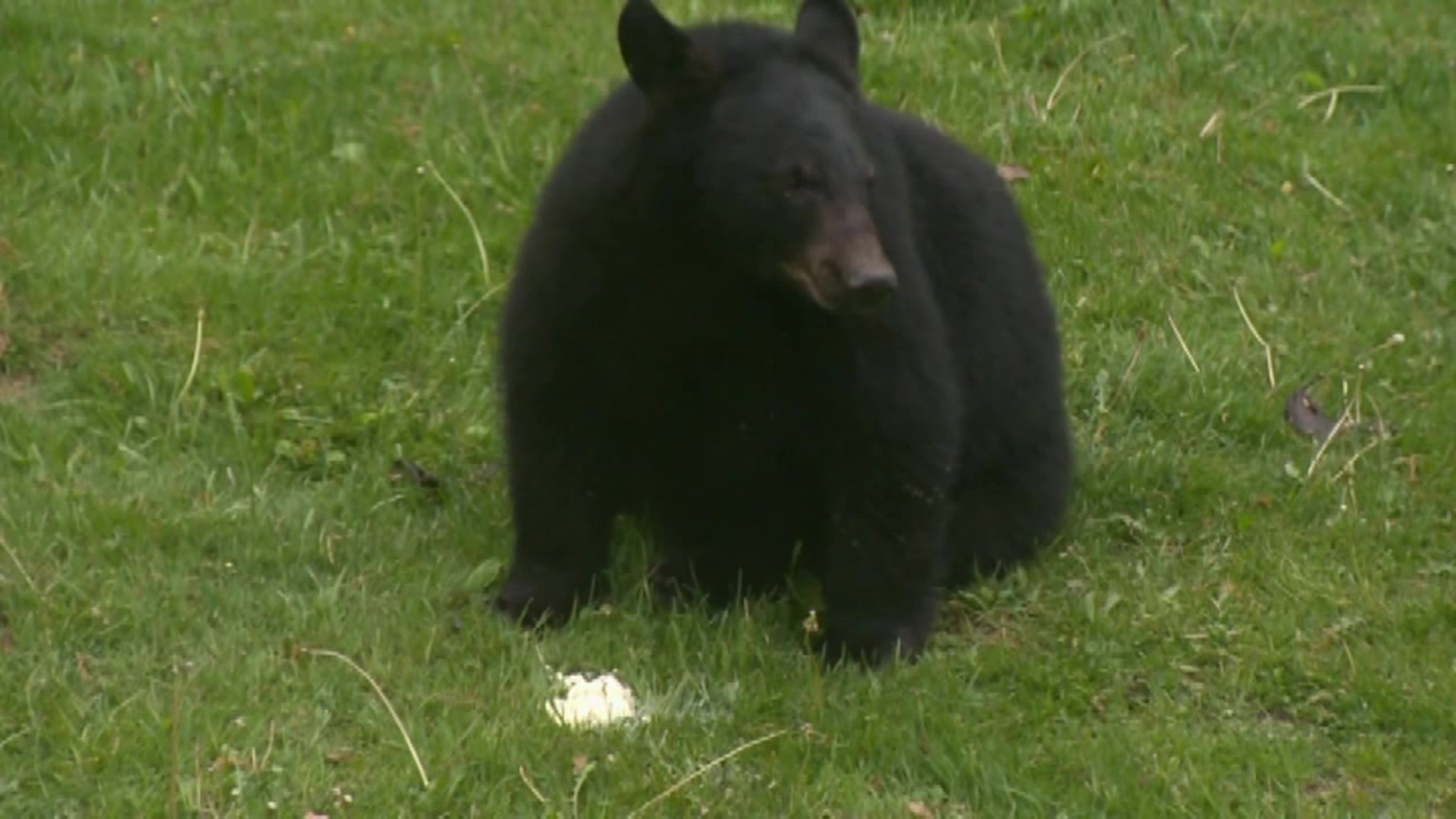 TOBYHANNA, Pa. — Bears in backyards and bears in bars -- many of you have been posting your sightings to social media.

"Well, I think part of the problem this year is that there's a lot of mothers and cubs. There's no question that I think that everyone has seen bears this year," said Kathy Uhler, Pocono Wildlife Rehabilitation and Education Center.

Uhler explains why so many bears are making their way to neighborhoods and other public places.

"I think this time of year the problem is that, if you ask the game commission, the mass crop is low this year, the fall foods that these bears stock up on before they go into hibernation. The females and cubs hibernate early, so right now, they are putting on the pounds," said Uhler.

Uhler says bears live by their nose, so if they smell food in garbage cans, bird feeders, or anything like that, you might get a visit.

So what do you do if a bear wanders into your neighborhood?

Well, unless it's injured or there's some type of serious cause for concern, Uhler's advice is to just leave it alone.

You don't need to call 911 or wildlife resources.

"You're talking about sows with cubs, and if they sense any kind of danger to their cubs, that's the one time you really need to be concerned. So we never move towards bears, we never feed bears, we certainly don't hand feed bears, we don't walk closer to take a picture. Use the zoom on your camera if you have to do that but do it where you're safe. We want bears to stay safe. They are generally very safe, but we don't need any instances this year because of a lack of food," said Uhler.