STROUDSBURG, Pa. — A native of the Poconos is headed to the Super Bowl. Sebastian Joseph-Day is a defensive lineman for the Los Angeles Rams but his caree... 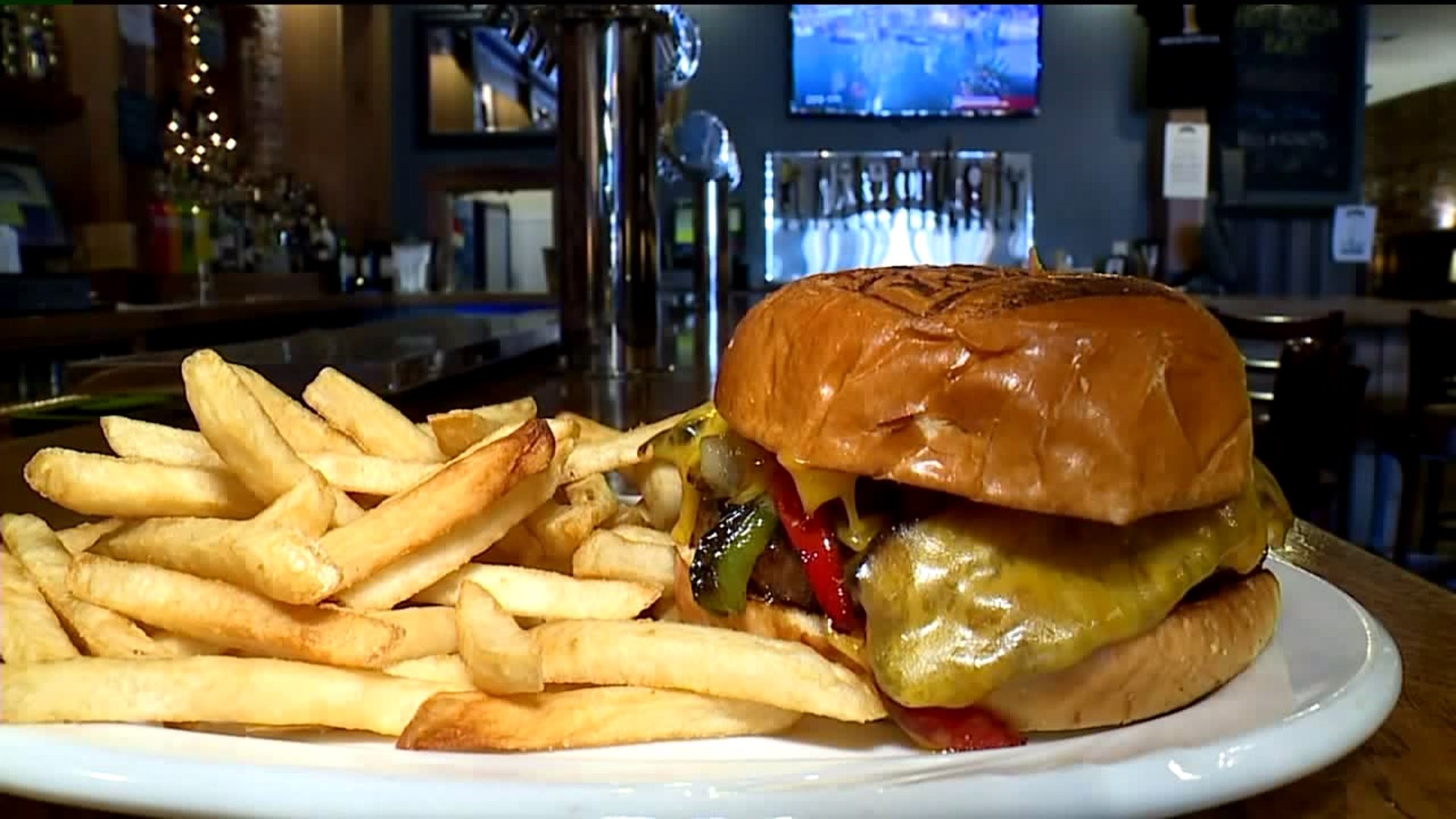 STROUDSBURG, Pa. -- A native of the Poconos is headed to the Super Bowl.

Sebastian Joseph-Day is a defensive lineman for the Los Angeles Rams but his career started in Stroudsburg.

The owner of a restaurant on Main Street is celebrating the player with a special menu item on Sunday.

Yard of Ale on Main Street in Stroudsburg is gearing up for a busy Super Bowl Sunday, and there's a very specific burger on the menu called "The Bash."

A restaurant is honoring Stroudsburg native and @RamsNFL defensive lineman @SJD_51 with a Super Bowl Burger! Meet “The Bash” .. It’s on the menu at Yard of Ale on Main Street and it’s topped with all of #69’s favorites! @WNEP pic.twitter.com/1VLv91kPeN

"We have extra cheese, sautéed onions and peppers, bacon, fried egg and a chipotle mayo," said Chef Mathias from Yard of Ale.

The burger is named after Stroudsburg native and Los Angeles Rams defensive lineman Sebastian Joseph-Day. His nickname is "Bash."

What’s up Stroudsburg! This week @Yard_Of_Ale_ will be serving my very own “BASH” burger! I hope you all enjoy and have a great Super Bowl Sunday! #GoRams pic.twitter.com/0Aicyfw2wL

Owner Barry Lynch says the Bash Burger is piled with all of Sebastian's favorite toppings.

"He was so excited about this. He immediately got back to me and told me all of his favorite items on the burger and I spoke with Chef and we said absolutely we can make this," said Lynch.

Chef Mathias says he's made a lot of fun food items in this kitchen, but never something created by an NFL player.

"It's very enjoyable you know to help out the community and recognize someone that graduated local. I also went to Stroudsburg, so it's kind of an honor."

The Bash Burger has been on the menu all week and Lynch says it's been getting a lot of positive feedback.

"There's a lot of local pride for the local kid that did good. We are Stroudsburg proud, you know. As business people in town, we always promote shop local, buy local, spend local. Well, we also need to support local. He's a local boy and we wanted to celebrate his success," said Lynch.

Because of the burger's popularity, Lynch says it will become a permanent menu item this spring.