The suspect from Brooklyn was nabbed by troopers after a vehicle pursuit and foot chase. 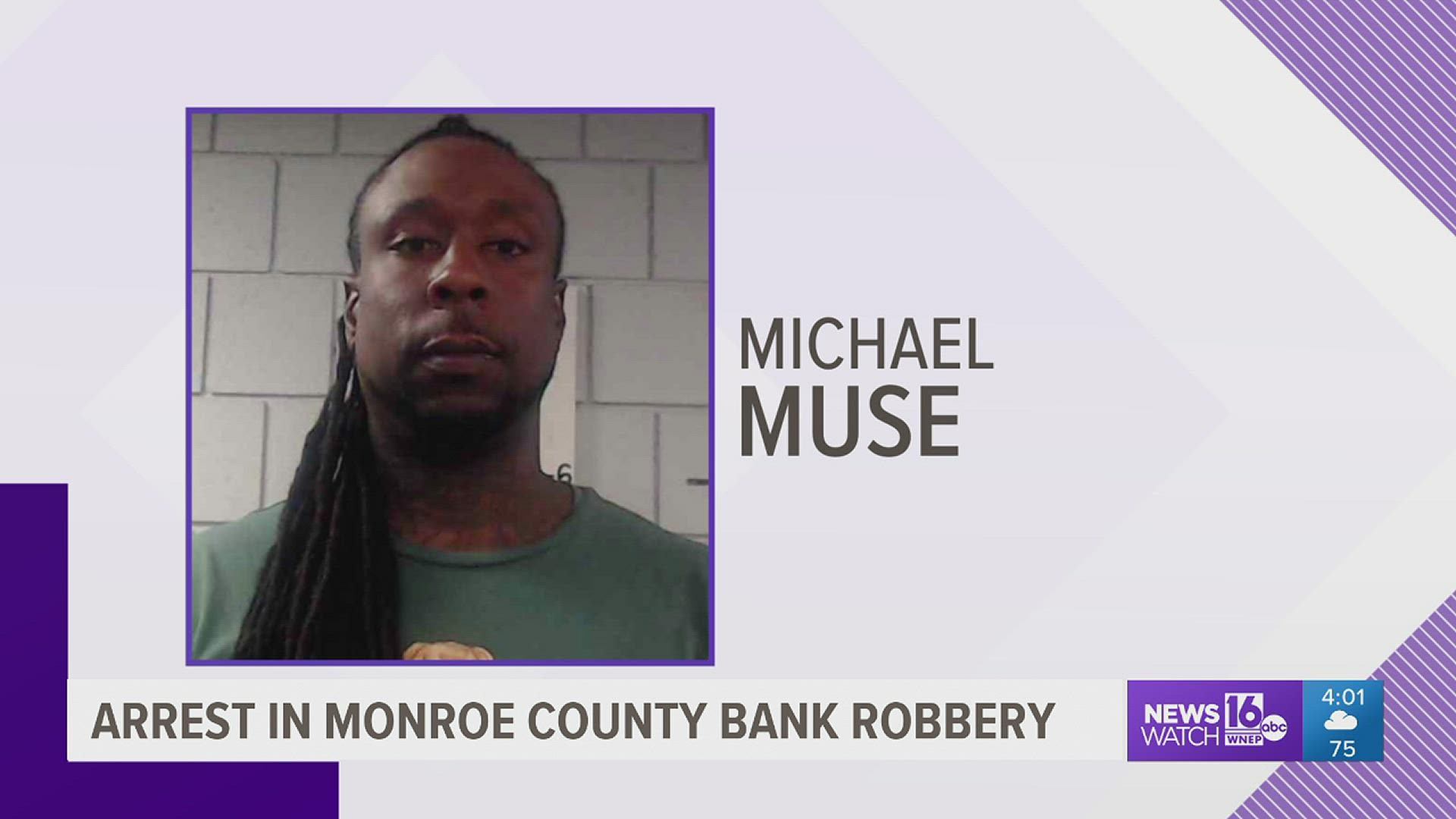 MARSHALLS CREEK, Pa. — Police have made an arrest in a bank robbery in Monroe County.

State and local police were called to the ESSA Bank and Trust branch in Middle Smithfield township, near Marshalls Creek, just before 10:30 a.m. Thursday.

The robber threatened a teller with a gun and took off in a van with a large sum of cash, according to troopers.

The van was spotted, and after a vehicle pursuit and foot chase,  Michael Muse, 43, of Brooklyn, New York, was taken into custody.

He is charged with robbery, theft, and other charges.