ATM at Bar Allows Users to Donate to Charity

EAST STROUDSBURG — Rudy’s Tavern in East Stroudsburg has always been a cash-only bar, so when people come in with only an ATM card, they use a machi... 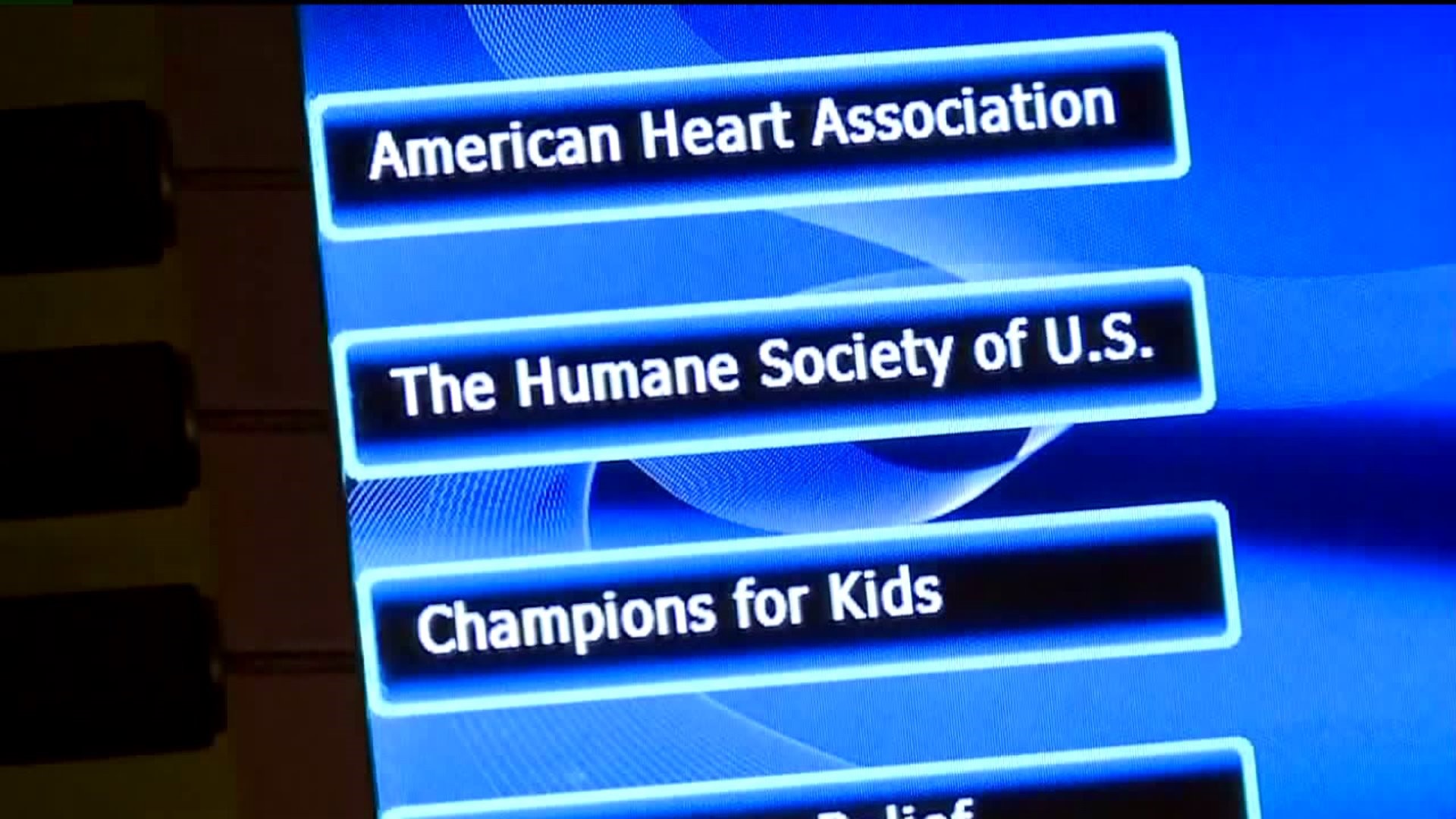 EAST STROUDSBURG -- Rudy's Tavern in East Stroudsburg has always been a cash-only bar, so when people come in with only an ATM card, they use a machine to take money out.

But now, not only can customers get money out, but they also have the option to give it back, too -- as a donation to different organizations.

"I think it's awesome. It's a long time coming, it should have happened a lot earlier, to be honest with you," said Shannon McDaniel, Delaware Water Gap.

Kelly Quaresimo owns Rudy's Tavern and says the donation option came with a program update through the bank that owns the machine.

She says she didn't personally ask for the option but thinks it's a nice way to give back.

"It's a nice way for people to be able to donate off the cuff when they are getting cash out to be able to pay for their bill or whatever," said Quaresimo.

People we spoke to say it's not often that you see an ATM at a bar with an option to give a donation. They think it's great and hope the trend catches on.

Shannon McDaniel lives in Delaware Water Gap. He thinks this is a unique way to get people to give back to organizations.

"If I see it on there, I'll donate. I think most people, especially in places like this will," said McDaniel.

"I mean I haven't seen it anywhere else. I don't know if it's just because we have an update right now or that it's a newer thing, but I hope to see it in other places," Quaresimo.

You still have to pay a bank fee when taking out cash from this machine, but the option to give a donation is up to you.