COOLBAUGH TOWNSHIP, Pa. — People living in smaller mobile home parks in Pennsylvania may be at risk when they drink or bathe in water from nearby wells. T... 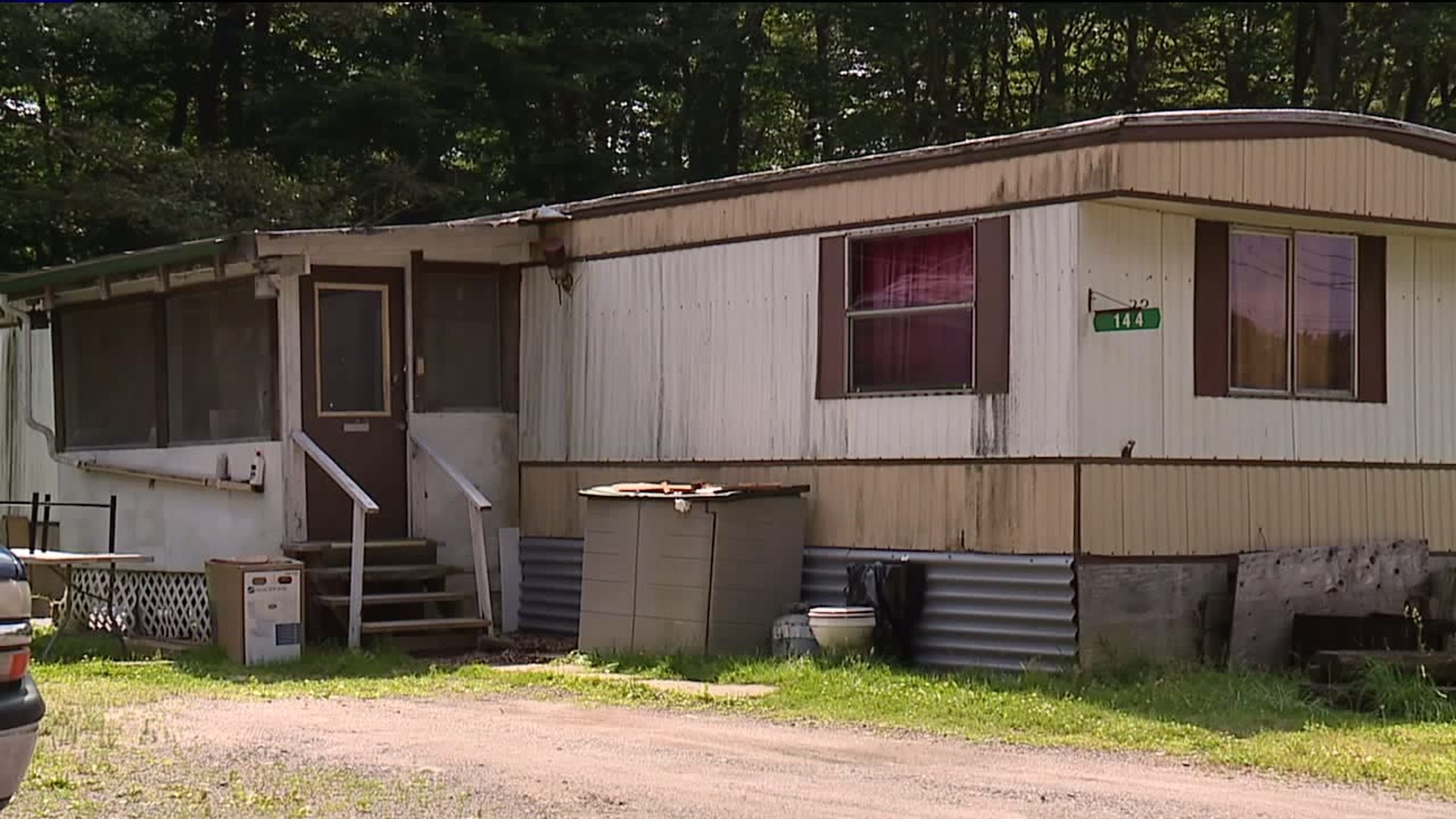 COOLBAUGH TOWNSHIP, Pa. -- People living in smaller mobile home parks in Pennsylvania may be at risk when they drink or bathe in water from nearby wells. That's because some of the rules that protect people in larger development parks do not apply to the smaller ones.

CJ Gargano can identify her neighbors by their medical reports. She says most people living here became ill in the last eight months.

"Then everyone put the pieces together, and everyone started coming together and realized we had a problem, a serious problem," Gargano said.

Gargano and her neighbors in seven of eight other mobile homes developed problems in their digestive systems.

After Gargano and her partner Mary Steed saw their neighbors get sick, they tested their water in May. Tests showed the water was contaminated with unsafe levels of coliform contamination from human and animal waste.

"I've been sick since March this year," said Steed.

Steed wanted to hold the park's owner accountable. Unlike large developments where well water must be tested yearly, mobile home parks with fewer than 15 homes or fewer than 25 people do not have to test well water at all.

Monroe County state representative Maureen Madden has proposed a new law. It would require owners of even the smallest mobile home parks to get water tests done annually.

Chad Weiss has kidney cancer but says he can't afford to leave the mobile home he moved into to be with his mother Elizabeth. Chad says she was healthy until she developed digestive problems last year when she was diagnosed with kidney cancer and later died.

"In my belief, contaminated water led to her passing away," said Weiss.

The park's owner and DNA Property Management did not want to talk on camera, but a DNA manager told Newswatch 16, once it learned there was a problem, it did everything it could to fix it.

DNA Property says it fixed the septic system and will test well water every six months.

The latest test shows the water is safe. Mary Steed says it's too late.

"I've deteriorated so much. I think I have aged like 10 years," Steed added.

Steed and Gargano feel stuck. They say they can't move because their home is 18 years old and is too fragile to be taken from its foundations and relocated to another development.