SAYLORSBURG – Authorities say a dog in Saylorsburg that had just given birth to puppies was brutally attacked by her owner who tried to put her down himself. We... 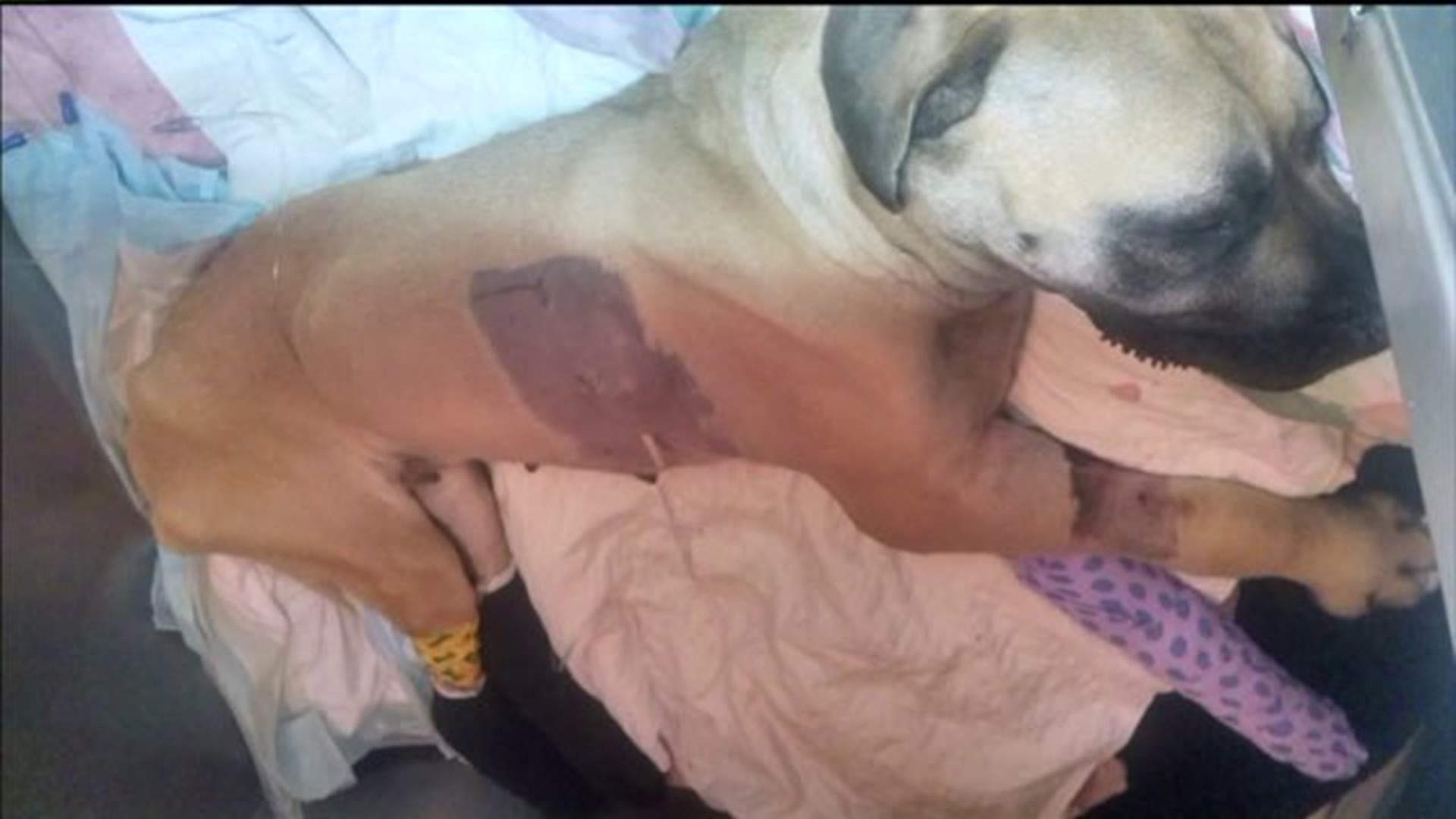 SAYLORSBURG – Authorities say a dog in Saylorsburg that had just given birth to puppies was brutally attacked by her owner who tried to put her down himself.

We first told you about this story on Newswatch 16 at 7 Tuesday.

A neighbor discovered the injured dog.

Court paperwork reveals that Brandon Cramer of Saylorsburg thought his mastiff needed to be put down after giving birth to some stillborn puppies. Instead of taking her to a vet, he attacked her with a hammer and then stabbed her with a kitchen knife attached to a pole.

English mastiff Michaella was left to die by her owner Brandon Cramer just a couple of weeks ago.

She was stabbed twice, hit in the head with a hammer, then left in a yard along Bonser Road in Saylorsburg.

"That he's done that to a dog, I'm shocked beyond reason, but I'm not surprised either,” said neighbor Carloe McGraw.

Court paperwork shows Cramer admits attacking Michaella in his yard after she gave birth to some stillborn puppies. First he hit her in the head with the hammer and she became aggressive.

SPCA officers say, "He then took the pole with the knife attached and pushed it into her side chest near her ribs. He then pulled it out and again pushed it back in.”

Officers say Cramer thought the dog looked too thin after giving birth to take to a vet.

"Usually people don't step from, 'I don't know what to do' to 'I'm going to kill my own dog.' We're always willing to help. We look at it as they are here today for help, so let's see what we can do,” said Dr. Bongiorno.

Michaella was seized by the SPCA and taken to Creature Comforts in Saylorsburg for emergency care. Weeks later she’s still being treated in protective custody and will likely lose a leg.

Cramer surrendered two other dogs and two puppies to the SPCA.

"Yes I am, I am. I mean what about his two kids if that's the way he treats animals,” said McGraw.

If you would like to help donate to giving animals such as Michaella a second chance, the SPCA has set up a fund.