Members of the American Legion Post 903 in Mount Pocono are mourning the loss of their long-time commander. 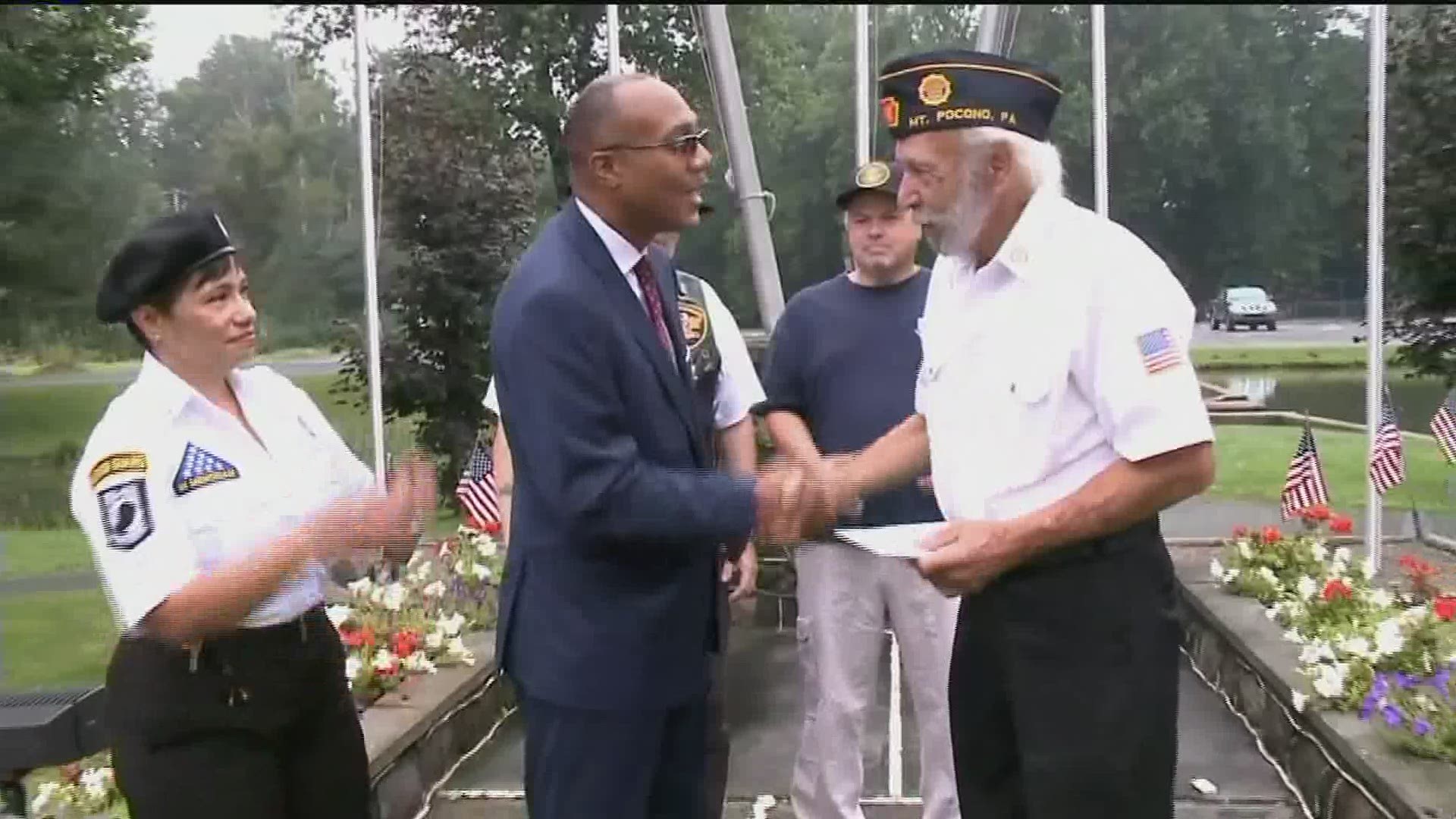 TANNERSVILLE, Pa. — Flags at the Tannersville War Memorial in Pocono Township are at half-staff -- a salute to the late Commander of American Legion Post 903, Thomas Bowditch.

Commander Bowditch passed away on Sunday night due to health complications.

He was a retired police officer, Army veteran, and activist for servicemen and women.

Commander Bowditch is responsible for making Tannersville War Memorial what it is today and creating the Monroe County Joint Veterans Honor Guard.

"He was a doer, and nothing got in his way. When he had a project, he made sure it got done," said Albert Compoly, Monroe County Joint Veterans Honor Guard.

"He didn't let anything stop him to get what he wanted to do. His tenacity is what drove him," said David Newcomb, Monroe County Joint Veterans Honor Guard.

Commander Bowditch had big dreams for this war memorial. The new commander says he will see those plans through.

Charles David Hamberger will now take the lead as commander.

"He had future plans that I am committed to doing, which is making this spot where I am standing here a police memorial for fallen officers and the other side for firemen, EMS and first responders, which is … this is Tom's dream," said Commander Hamberger.

"This is Tom's legacy. Now it's our legacy, and we have to keep it going," said Newcomb.

Services with Military Honors for Commander Bowditch are set for Saturday at Bolock Funeral Home in Cresco.