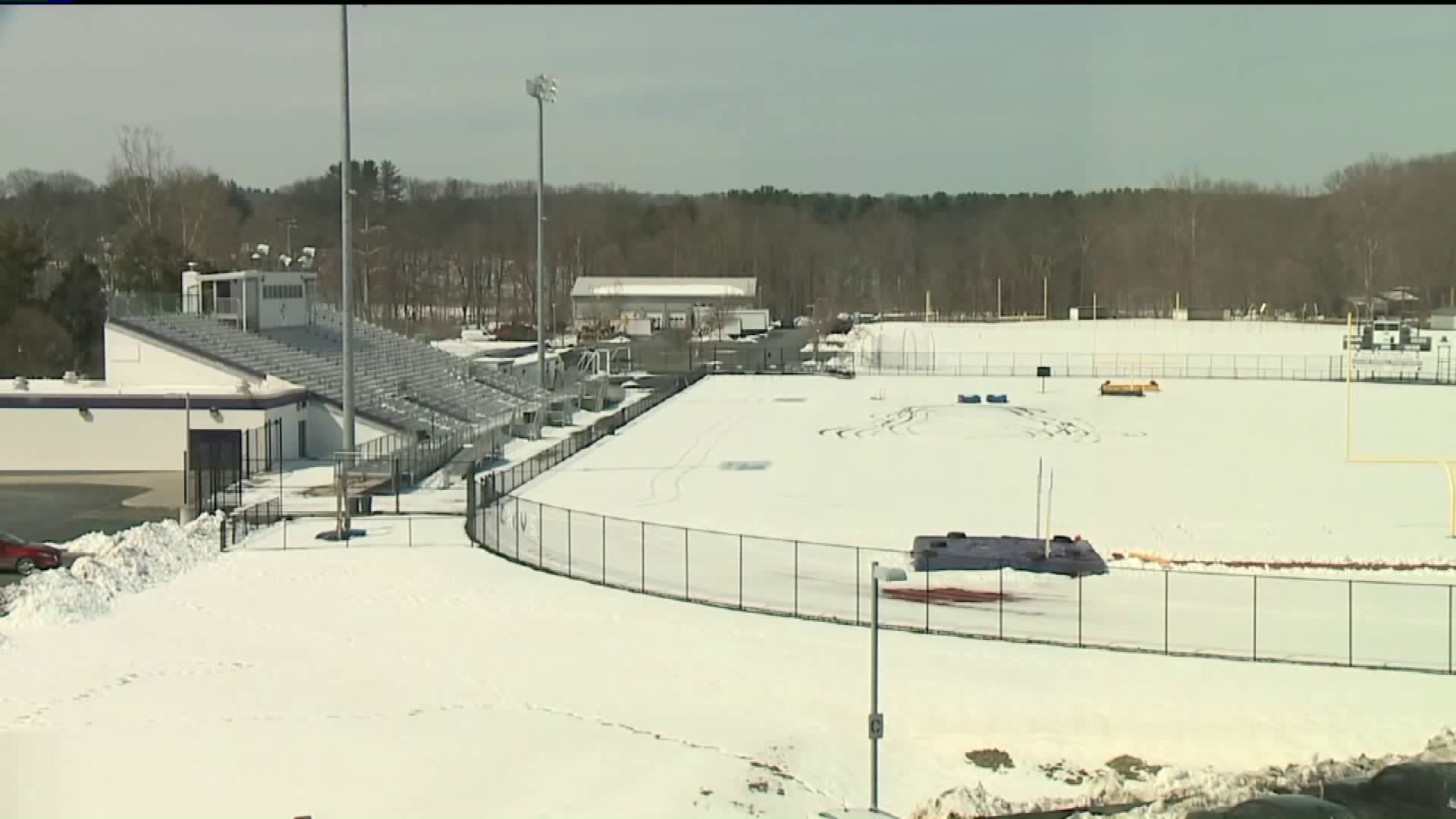 EAST STROUDSBURG -- Usually in late March, the fields at East Stroudsburg High School South are filled with baseball, softball, and track and field athletes, not covered in snow.

But it's the case this year after last week's blizzard dumped more than two feet of snow in the Poconos.

"It's really put a damper on our sports that are outside, but what we have chosen to do is take a more positive approach with our coaches and our kids," said Ben Brenneman, East Stroudsburg School District Athletic Director.

Until the snow melts, practices for spring sports will be held inside school gyms. Practice games for this week have been canceled.  Others will be rescheduled.

Athletic Director Ben Brenneman says it's tough, but there is really no other option.

"It's difficult and stressful on everyone. It's stressful on my office, secretaries, coaches, athletes, parents, community members, and transportation. There are so many people that are impacted by just an event going on and you just do your best to stay positive. Tell everyone to be flexible and roll with the punches," said Brenneman.

It's not just the athletics department dealing with some scheduling difficulties after the blizzard. The arts department is, too. Like the cast in "Anything Goes" at East Stroudsburg High School South. They only have less than two weeks until show time and they lost a week of practice.

"We lost three school days and we lost a few rehearsals. Actually, all winter we've been losing rehearsals due to weather. So we kept telling the kids to practice at home," said Katye Clogg, Band and Musical Director.

The curtain rises the last week of March and directors say the cast has been practicing since classes resumed last Friday.

"We've been really blessed with great leadership in the kids and adults to keep things moving," said Clogg.

The play will run as scheduled on March 31 and April 1 and 2.

Spring sports scheduled will be on a day by day basis, but with spring here and warm temperatures ahead, the hope is to be back to normal soon.