MIDDLE SMITHFIELD TOWNSHIP – It’s a disturbing case of animal abuse in the Poconos. A dog is being cared for at a shelter after being found Sunday freezin... 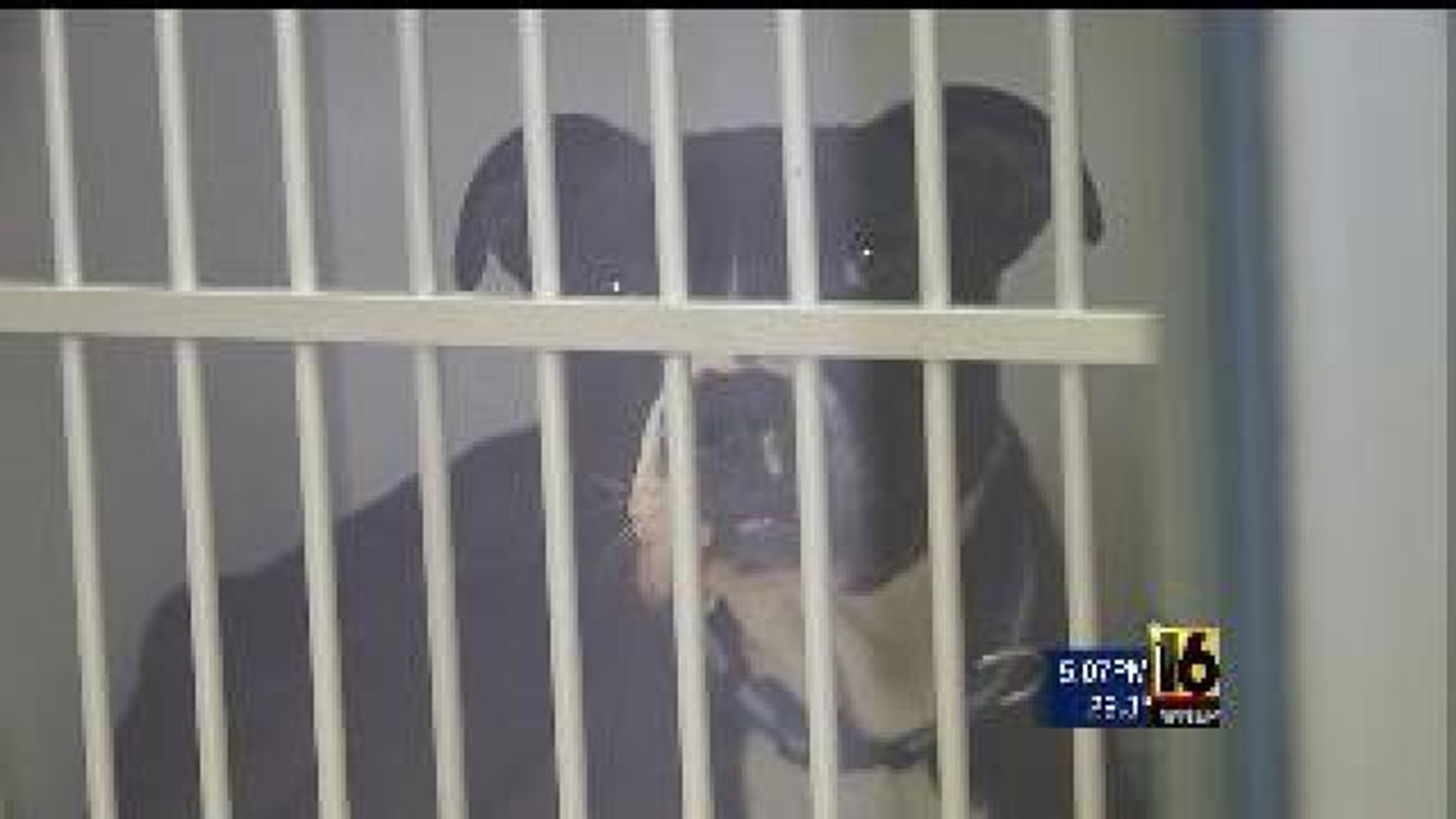 MIDDLE SMITHFIELD TOWNSHIP – It's a disturbing case of animal abuse in the Poconos. A dog is being cared for at a shelter after being found Sunday freezing, extremely sick, and malnourished.

A couple driving near Route 209 in the Marshalls Creek area saw the dog and knew it needed some serious help.

This dog has been through the unimaginable. He was brought to AWSOM Animal Shelter Sunday near Stroudsburg after a couple found him on the side of the road in Marshalls Creek, barely able to stand.

"We have people bring in dogs all the time, but when they removed that dog from that crate, I literally cried, the worst we've seen here in a long time," said AWSOM board member Sandra Fellin.

The dog was emaciated, and on his bottom, pressure sores. His bones are sticking out.

"The wounds on his back side are because he was sitting in the snow for an extended period of time. It's down to the bone. He's got lacerations that are down to the bone," said volunteer Eric German.

Shelter workers took him in immediately and called the vet. He's battling a respiratory disease, a secondary heart murmur,r and possibly a blood infection.

They say his nails were discolored too and other signs show he was neglected in more ways than one.

"To us that means being confined in a cage area, in its own feces and urine for a long period of time to discolor like that, and we're thinking maybe the rear end is just being in some place way too small," said Fellin.

While Bronson is being kept in isolation at Creature Comforts, vets are treating his pressure sores with raw honey. And they say he should be all better within a couple of days.

"I read the story and it touched my heart, so I wanted to come up and just do something small for him to show that people really do care and love animals," said Abruzzese.

She not only gave AWSOM a donation to help with Bronson's care, she brought a blanket for him for when he returns.

Despite the abuse, this dog still has been kind as can be.

"Right out, he gave kisses, and he was just so kind and loving, and that's just amazing for such damage to be done, and for him to still be loving," said Fellin.

AWSOM says this dog was found on Municipal Road in Marshalls Creek. If anyone recognizes Bronson, they're asked to give the shelter a call at 570-421-DOGS.