SCIOTA — Massive flames leveled a motel in Monroe County. The enormous blaze brought out fire crews from all over. The fire started just before midnight o... 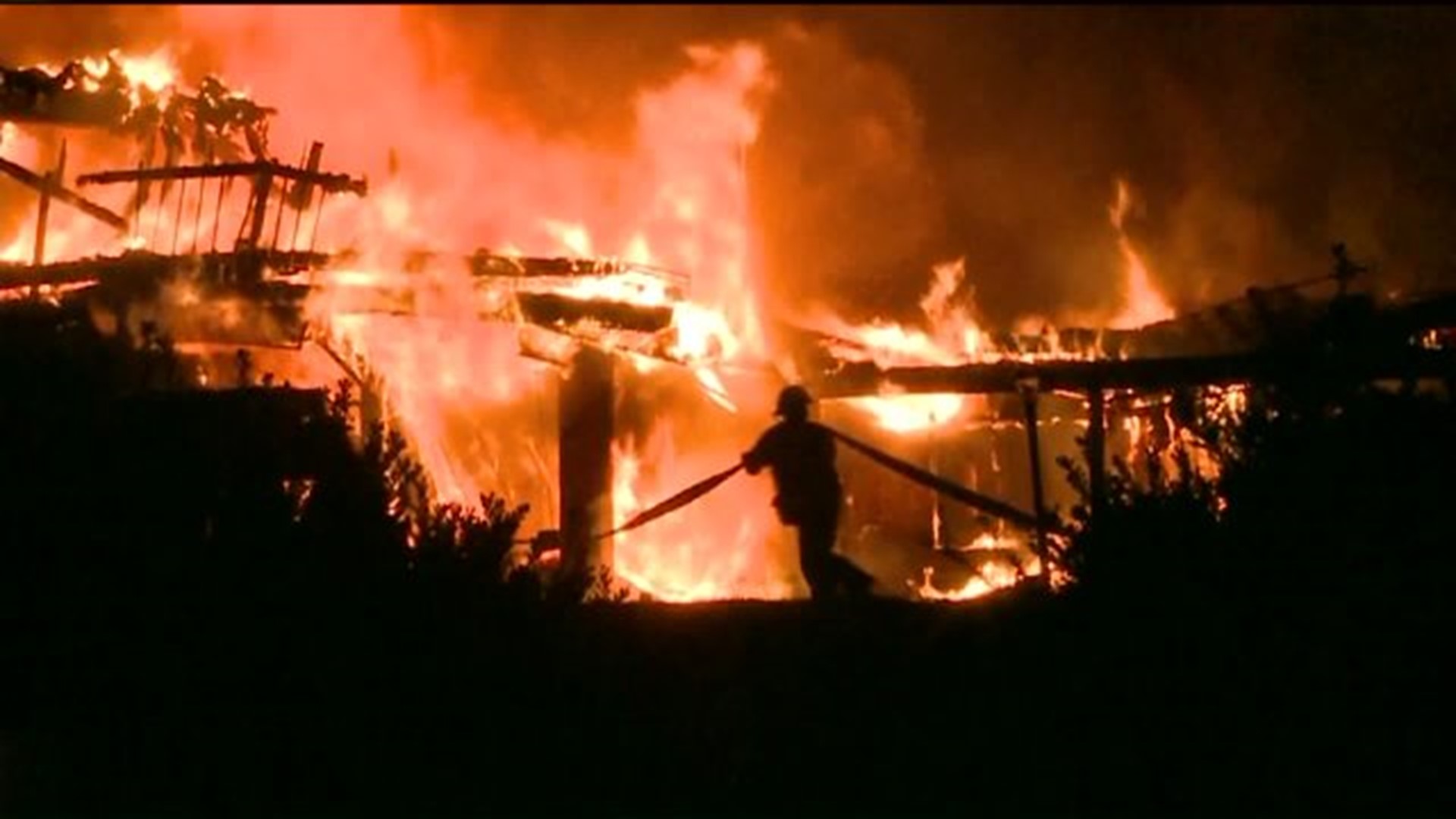 SCIOTA -- Massive flames leveled a motel in Monroe County. The enormous blaze brought out fire crews from all over.

The fire started just before midnight on Thursday in Sciota.

The majority of the fire damage appears to have happened on the right side of the Pocono View Inn at the intersection of Stofflet Road and Route 209 .

More than 20 fire departments responded to the blaze, which took several hours to snuff out. Firefighters had to haul in water to the scene because of the rural location of the inn.

Emergency crews told us Pocono View Inn is a motel with about 50 rooms.

More than 30 people in the Poconos, including nine families, will now have to find a new place to live.

More than half of the motel where they lived was leveled overnight by a huge fire near Brodheadsville.

The Pocono View Inn was on fire and a rural neighborhood was lit up with massive flames.

"We've lived here for 32 years and it's going to be very sad to see the charred remains across the street," said neighbor Sheila Tice.

Some of the rooms at the inn eventually started to fill with smoke and fire around midnight.

The American Red Cross stepped in to help the nine families and other residents forced out of their homes. John Lowery was one of them.

"When I looked out, I figured a small fire, this thing looked like an inferno," said Lowery.

Although people like Lowery and Jerez say their apartments weren't really damaged by the blaze, they still can't return to their homes anytime soon. That's because the well water and electricity they need all comes out of another building and much of it was disrupted by the fire.

"Move forward. That's all we can do. We adapt. That's what we do, move forward, find somewhere else," said Jerez.

Neighbors said they really feel for the current owners who made improvements to the inn over the past several months, adding it was not a rundown place.

"It's changed owners several times, the name of the business has changed a lot. They tried different restaurants on and off and nobody seems to be able to stay in business for a long period of time. But the current owners have taken nice care of the property," said Bob Tice. "It's a shame. They spent a lot of money renovating, making improvements. It's horrible to see."

One firefighter was taken to the hospital to be checked out, though it is unclear why.

The cause of the fire at Pocono View Inn is still not known. A state police fire marshal is due to investigate the cause. 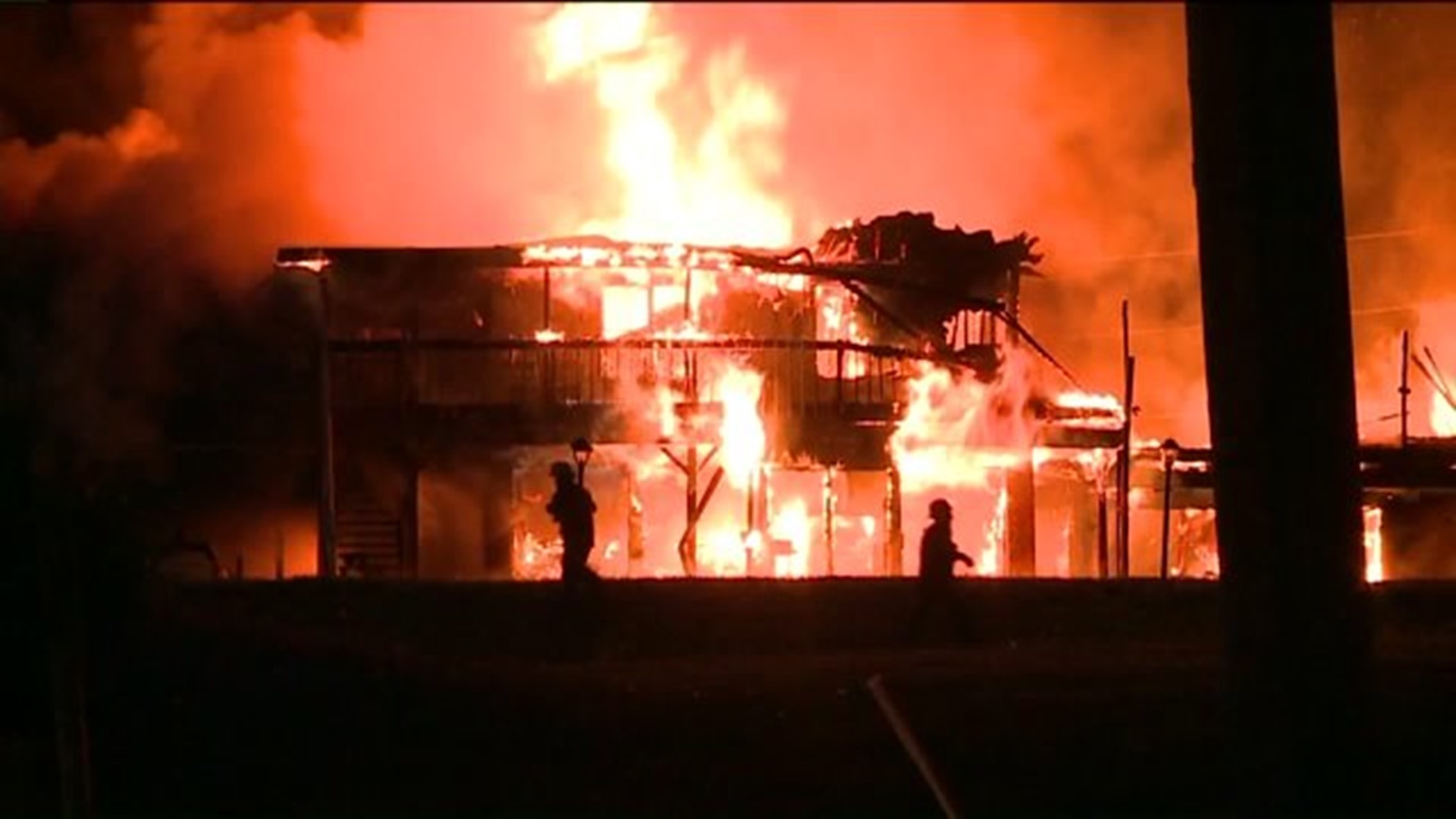