"One little thing brought a bunch of people together." 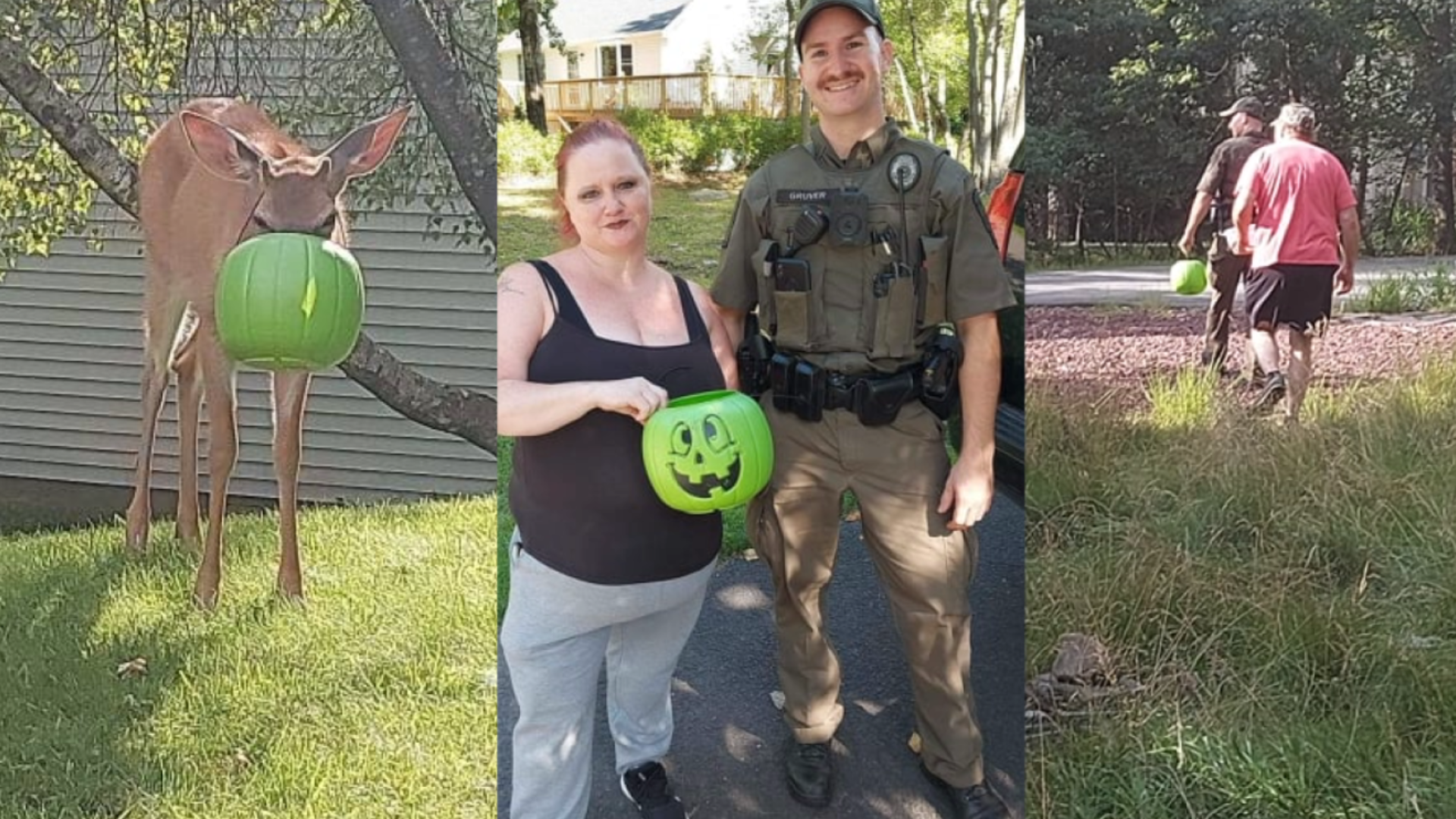 MONROE COUNTY, Pa. — A group of neighbors in Monroe County say they're breathing a sigh of relief after a deer with a plastic basket stuck on its face for several days was finally freed.

A few locals shared the details with Newswatch 16 about the team rescue effort.

For days, neighbors across the Emerald Lakes community, near Long Pond, have been checking up on a deer.

"I was stressed for him,” Roja Rubi of Tobyhanna said.

As far back as six days ago, several Facebook posts show pictures of the young buck with a plastic pumpkin basket covering his face – the handle wedged securely behind his little antlers.

"I felt like I would be able to get it off of him,” Rubi said.

Rubi actually lives about 20 minutes from the spot where she found the deer Sunday morning. Over the last three days, she says she's spent at least 12 hours trying to find and help him.

"I would not give up on him until it ended in a good way,” she said.

Finally, a local spotted the deer around 8:30 a.m. on Saturday.

Thompson says at the time, the deer was right outside his home – and he happened to see Ruby's Facebook post just before stepping outside.

"You see so many things on Facebook,” Thompson said, “you know, bears, everything else, and I'm like, ‘Oh, there it is. It's right here."

Thompson says he watched as other deer stuck with the buck.

"Some actually looked like it was trying to help it,” he said.

Through the Facebook group, Rubi and Thompson connected. They and others worked to distract the deer with food. Meanwhile, a state game warden made it over there and tranquilized the deer.

"It was a whole group effort, where everyone just came together and pretty much saved that deer's life,” Thompson said. “It would have been a really horrible way for a deer to die."

The Pennsylvania Game Commission says it generally asks folks not to feed the wildlife – as it can lead to problems, such as the spread of disease.

But finally, after many days of not being able to freely take in food and water, the young buck has his chompers back to himself.

"It's a big relief, 'cuz you see that, and I don't care who you are when you see anything like that; it saddens you," Thompson said. "The coolest part is when a bunch of people come together."

Dillon Gruver, the game warden, sent to rescue the deer, says by the time he came back to give the reversal to the anesthetic, the deer was already standing up.

"It was actually kind of a pleasant surprise," Gruver told Newswatch 16 over the phone.

"That deer is definitely a fighter,” Rubi said.

RELATED: 'Paws in the Park' raises funds for shelter

RELATED: 16 To The Rescue: Sterling