A case of community caring for a cat

They say it takes a village to raise a child but what about a kitten? A Monroe County man says that was the question when he rescued a kitten after a hit and run. 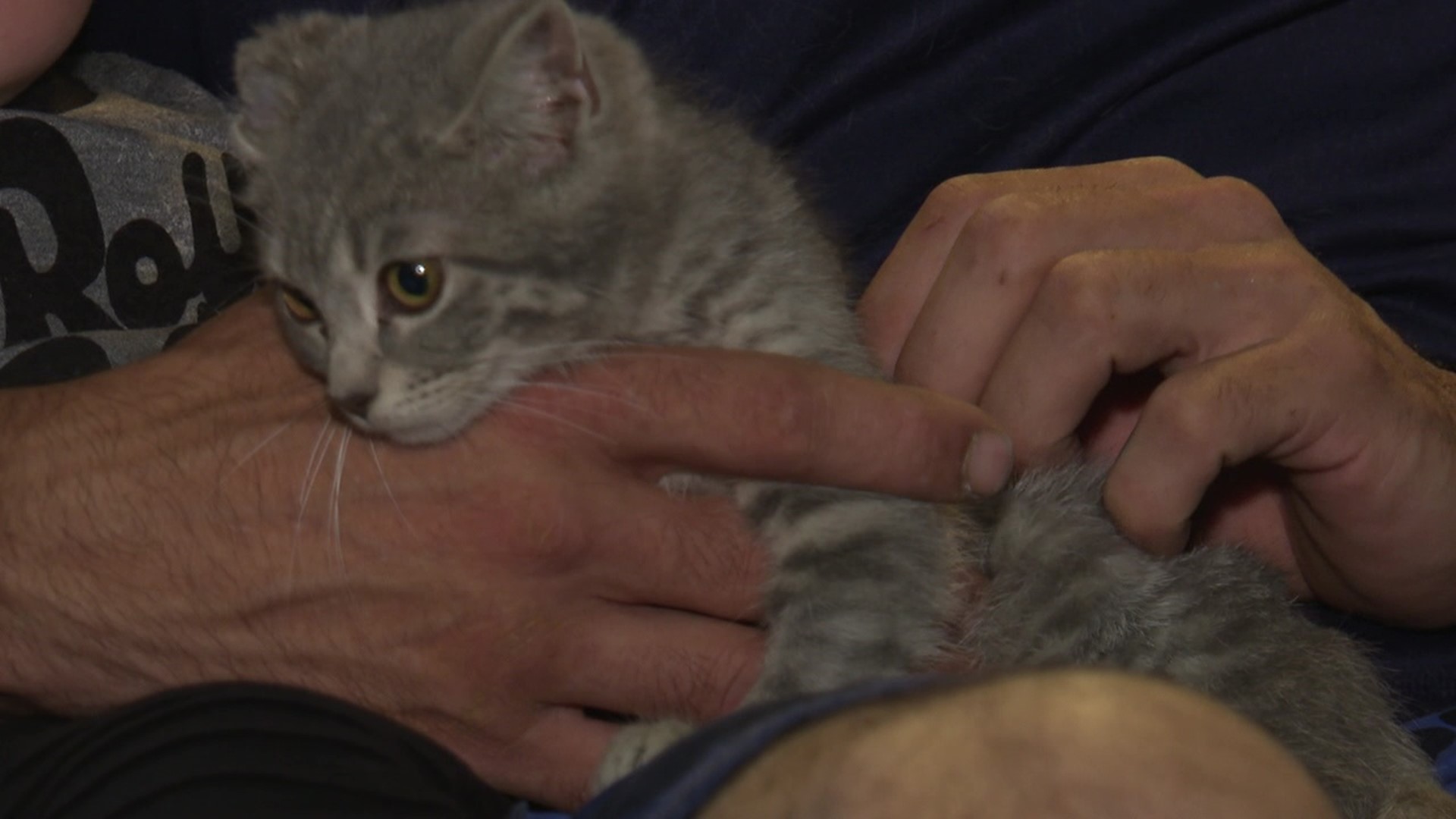 MONROE COUNTY, Pa. — At first glance, she looks like your typical four-month-old kitten, but not even one month ago, it was a question of whether she'd make it through the night.

Brandon Clark, of Pocono Lake, says he watched the hit-and-run from his car.

"She was in a puddle on the side of the road, and I just picked her up. And then she bit me," he said.

She lost a leg and most of her right ear. Clark reached out to three local vets but says none would take her.

"I had her wrapped up in a gauze, in a shirt. So she was in rough shape for that first night," Clark said.

But that's where the great community comes in; Clark posted about it to an Arrowhead Lake Facebook page.

The fuzzy feline became known across social media as "Brandon's Kitten," which, by the way, is still her moniker. The family says they're still deciding on her name.

Members shared to other local groups and started pitching in.

"Just telling me what I should do, and what I shouldn't do, and there was people that gave me crates for her to put her in, so she could have a little crate and feel comfortable," said Clark.

"There's always someone around to help, and thankfully we got a lot of people between the two developments to help us," Clark's daughter, Riley, said.

"Our neighbors here in Arrowhead are the kind of people that want to get involved and do the right thing, and so it was no surprise to either of us that we would try and crowdfund it and help the kitten recover," resident Bill Dowhy, said.

Bill and Rebekah Dowhy were following the kitten's progress on Facebook.

"I just love how we all rally around each other when we need each other," Rebekah Dowhy said.

And it was also through Facebook that a member helped them find a vet to take in the kitten.

"The next day, somebody got in touch with AWSOM, and AWSOM is actually the one that took care of her."

AWSOM Animal Shelter, near Stroudsburg, says Clark had to surrender the kitten so the staff could fully treat her.

Then he officially adopted her from the shelter.

The family's still waiting for the kids to all agree on a name for her, but one thing is certain, she's now part of the family.

"I said no pets right now because we have too many kids to take care of," Clark said. "So they got their wish."