TANNERSVILLE — High fives on the sidelines with the East Stroudsburg Warriors: it’s 10-year-old Brayden Walsh’s dream. The boy from Tannersvil... 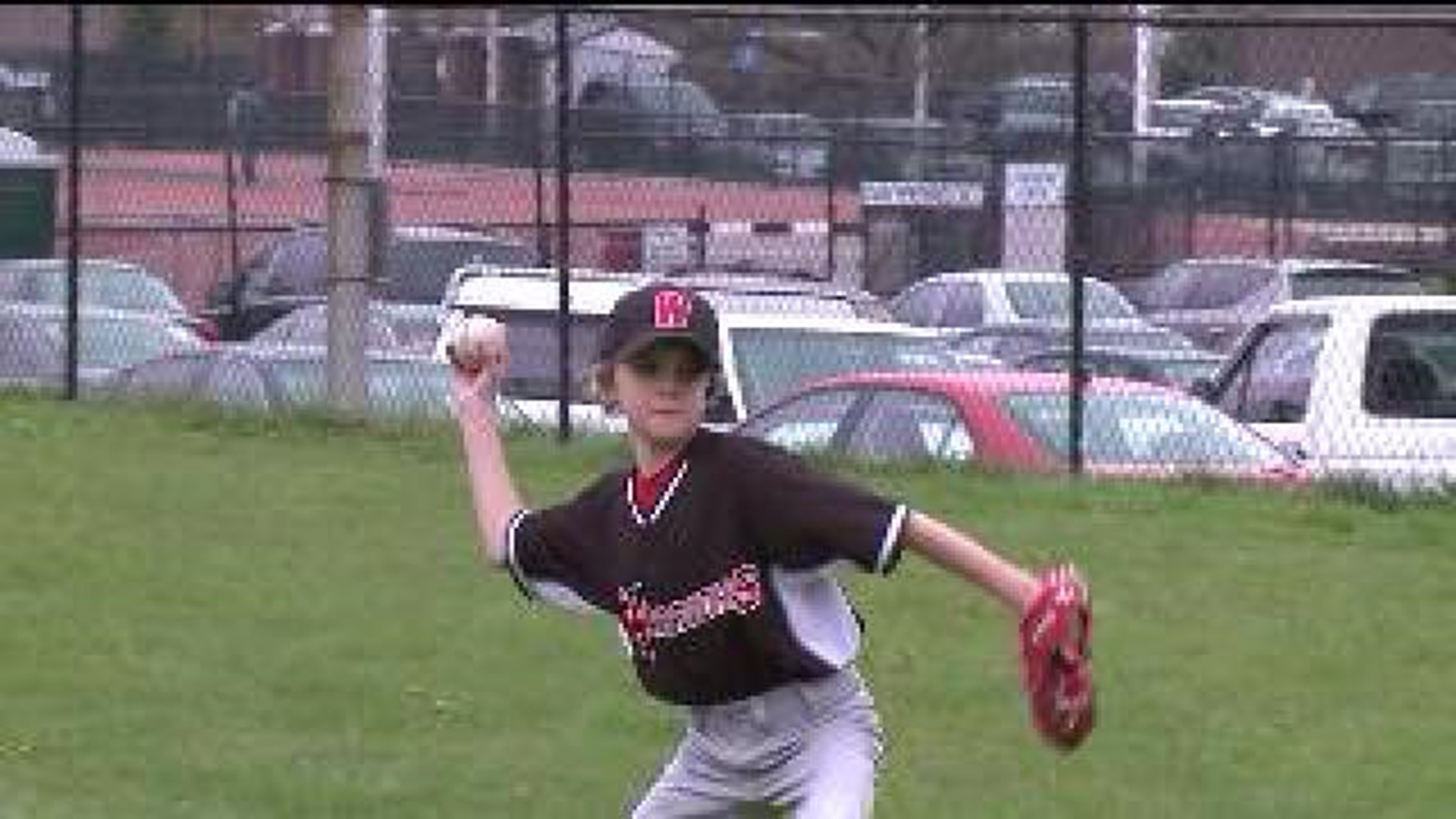 TANNERSVILLE -- High fives on the sidelines with the East Stroudsburg Warriors: it's 10-year-old Brayden Walsh's dream.

The boy from Tannersville cheered and paced through every swing of the bat the team took this season.

Brayden's mom Theresa cherishes every moment of it.

"It's just given him such a sense of self-esteem and self-confidence. He now has a whole team of big brothers," she said.

Brayden's teaming up with the Warriors was a home run.

"It was just a natural fit for us," said John Kochmansky. "He's certainly had as much impact on our players as our players have had on him."

It was all put together by a group called Team Impact, because although Brayden may look like any other boy in the dugout, he's battling hard against his own opponent: cystic fibrosis.

He was diagnosed in 2011 with the life-threatening disease that attacks the lungs and digestive system.

"I collapsed, I was just hysterically crying. It was just awful. We found out right before he was having surgery," Theresa said.

Brayden wasn't about to let that diagnosis get him down. As he continued his treatments and hospital visits, he decided to take on a major league kind of project to help others.

Brayden and his mom have made rose pens, pins, hair barrettes, mugs, cookbooks and more, all in an effort to strike out this nasty disease.

On the East Stroudburg University baseball field, he's found some new partners to help him out.

ESU pitcher Tyler Eckman and Brayden have become teammates both on and off the field.

So far, Brayden's raised more than a few thousand dollars towards his cause. And now Eckman and the warriors are drawing up a game plan to help him reach his million dollar goal even faster because, after all, they consider each other family.

"I look at him as a little brother. I'll do anything for him. I would run through a brick wall for him. I'm always there to back him up, so if he ever needs anything I'm there for him," Eckman said.

It's a winning combination on the field, working to beat cystic fibrosis for good.