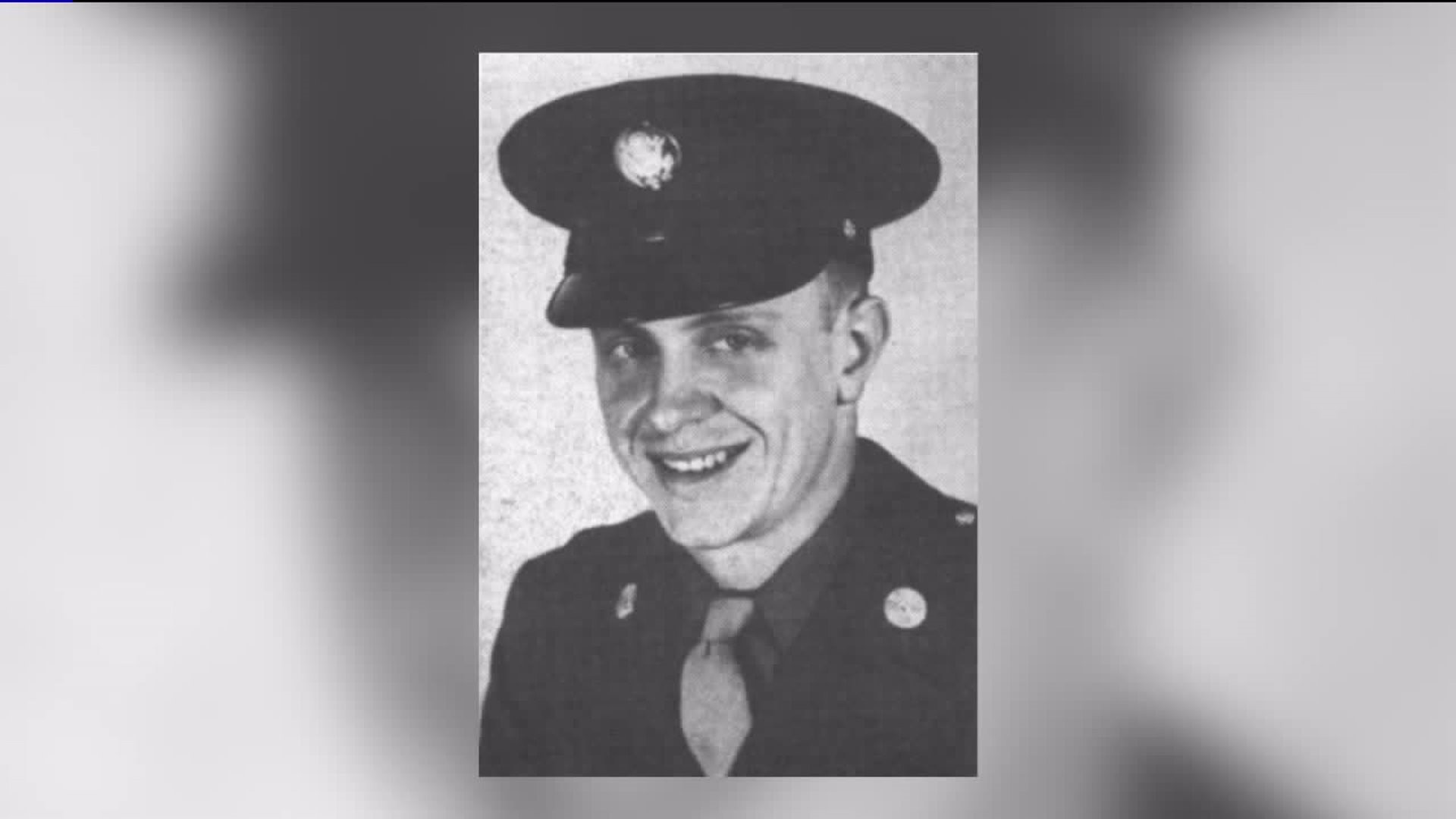 HUGHESVILLE, Pa. -- After 75 years, 25-year-old Army Private James Trick has finally returned home. The soldier was laid to rest Saturday in his hometown of Hughesville.

"Lycoming County and Hughesville is no stranger to sacrifice and to losses. I think that to be able to bring back Private Trick is just a great sense of closure to the family," said Brigadier General Stephen Radulski, Deputy Commanding General, 28th Infantry Division, Pennsylvania Army National Guard.

On November 4, 1944, Private Trick was part of an Allied offensive in the Hurtgen Forest in Germany. Described by a soldier as "the worst place of any," Private Trick ran through an enemy barrage twice to supply desperately needed ammo, but he never made it back the second time.

Trick had been interred at a cemetery in the Netherlands until earlier this year when his remains were positively identified using DNA tests.

During the ceremony at Pleasant Hill Cemetery, Private Trick's heroic actions were recognized at last. He was awarded a Purple Heart and a Silver Star.

As the oldest living relative of Private Trick, Dorothea Harding accepted the awards and the burial flag. She says the funeral was not a sad occasion but rather a cause for celebration.

"She was very pleased that after all these years that he could finally be laid to rest here with the rest of his family," said Mike Hacker, McCarty-Thomas Funeral Home.

More than 40 members of the American Legion Riders took part in the procession, not only to honor Private Trick but to keep the memory of all World War II soldiers alive.

"It happened so long ago that most people, if they didn't see or hear something about it in school, know nothing about it. It's our way of helping people to remember," said Tom Dunkleberger, American Legion Riders Post 268.

Although there's only one family member left who remembers Private Trick, this was not a day that will be easy to forget.