The city of Williamsport held a peaceful protest over the weekend to protest the killing of George Floyd. 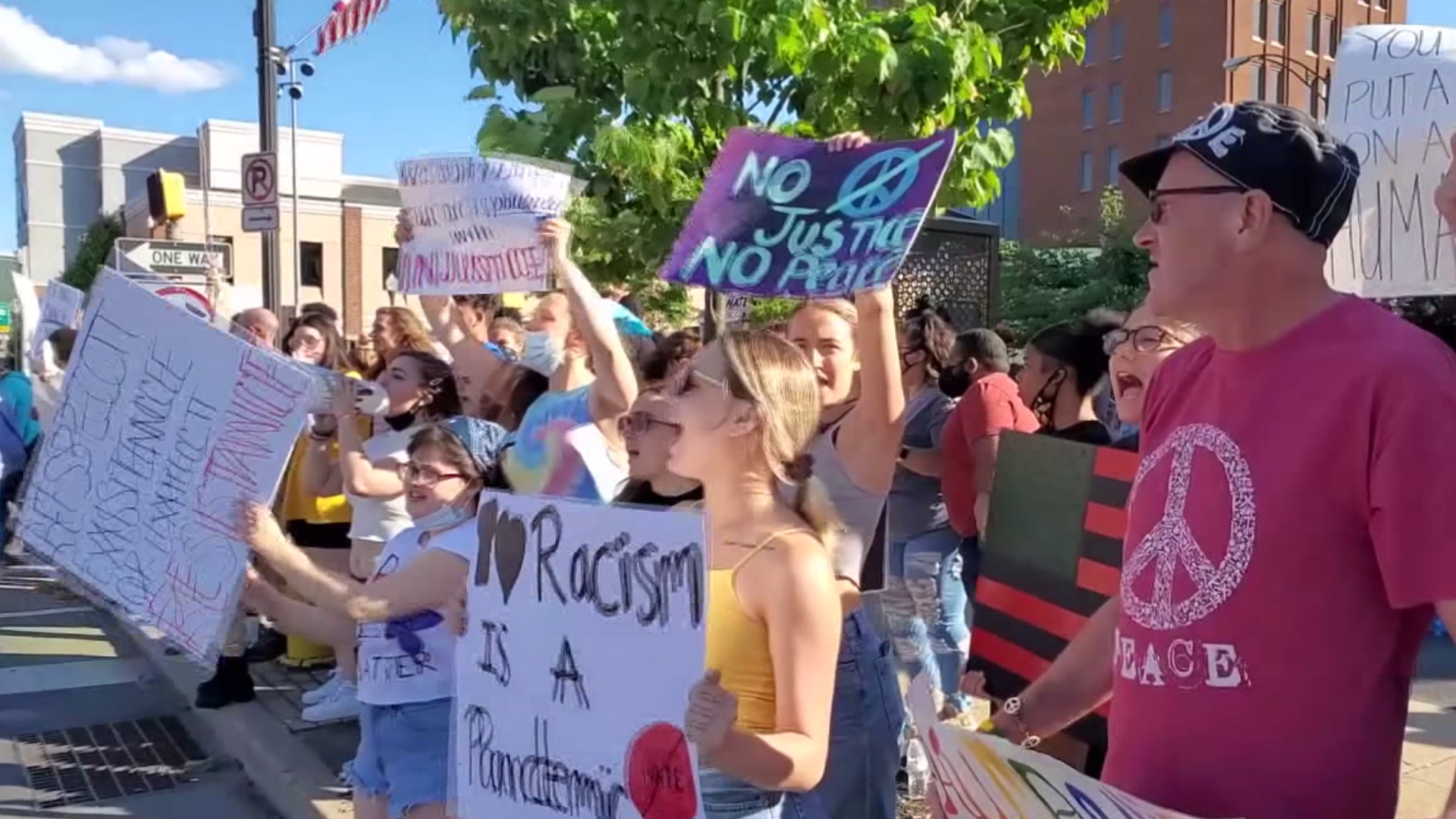 WILLIAMSPORT, Pa. — Over the weekend, hundreds gathered in downtown Williamsport to protest the killing of George Floyd in Minneapolis.

Protesters stood on the corner of Market and Third Street for nearly seven hours on Sunday.

Protesters say they were shocked by the overwhelming support from the city.

The event was organized by The Peaceful Protesters of Williamsport, an organization that was created just a day before the event.

Organizers say their goal was to highlight the injustices of race in society while remaining peaceful.

"I think we are reaching a point where our citizens and our community especially are ready to take a stand," said Abendigo Mcmullen of Williamsport.

"If anything wrong went down, we would have missed the opportunity to move forward because the powers that be may say okay this doesn't work, and they are turning it into the same thing that's happening all over."

The group tells Newswatch 16 that a change is now or never.

The organization hopes to continue to unite the city through these peaceful protests.