WILLIAMSPORT — A bus company in central Pennsylvania is making the switch to compressed natural gas thanks to thousands in state grants. “Cars and t... 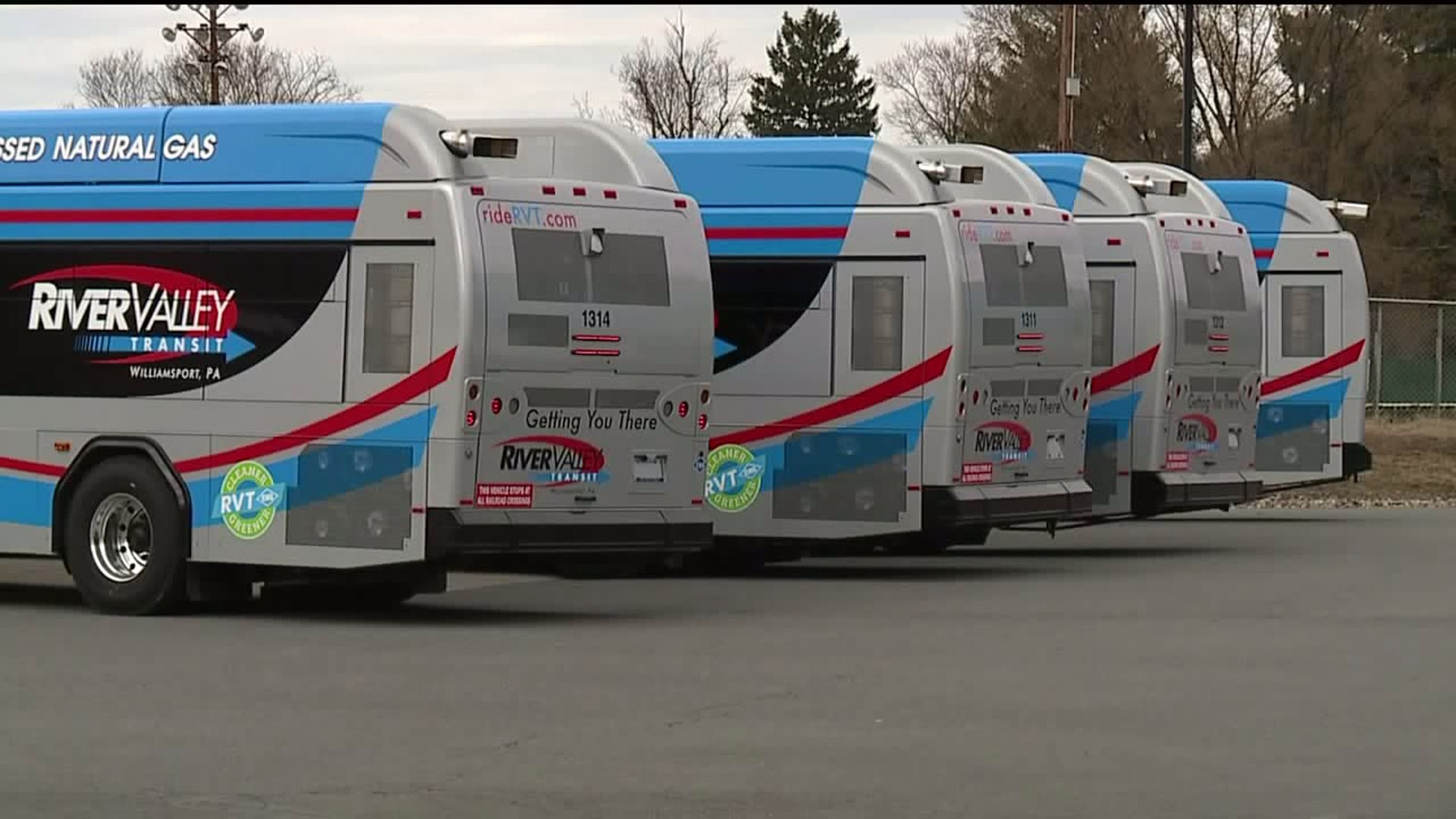 WILLIAMSPORT -- A bus company in central Pennsylvania is making the switch to compressed natural gas thanks to thousands in state grants.

"Cars and trucks on the roads are one of the biggest polluters, so with these buses being online, much less pollution out there," said DEP official Marcus Kohl.

River Valley Transit began converting from diesel to CNG back in 2013.

The bus company used a $200,000 grant from the state Department of Environmental Protection to pay for half of the upgrade

"The fact that their fleet is now majority CNG buses is tremendous," Kohl said.

"The blue balloons represent the 8 pounds per minute of carbon dioxide that is removed every minute that these buses are operating," explained Kilpatrick. "That saved us $400,000 over the past four years."

Passengers might notice a quieter, smoother ride, but the biggest difference will be for drivers behind the buses who won't have to deal with big plumes of smoke anymore.

An official with DEP filled one of the new buses with compressed natural gas for the first time.

River Valley Transit hopes to have the rest of its fleet running on CNG within the next few years.