Kent Weaver has taught music at the Williamsport Area High School for 31 years. Earlier this week, Weaver was awarded the PMEA 2021 Citation of Excellence. 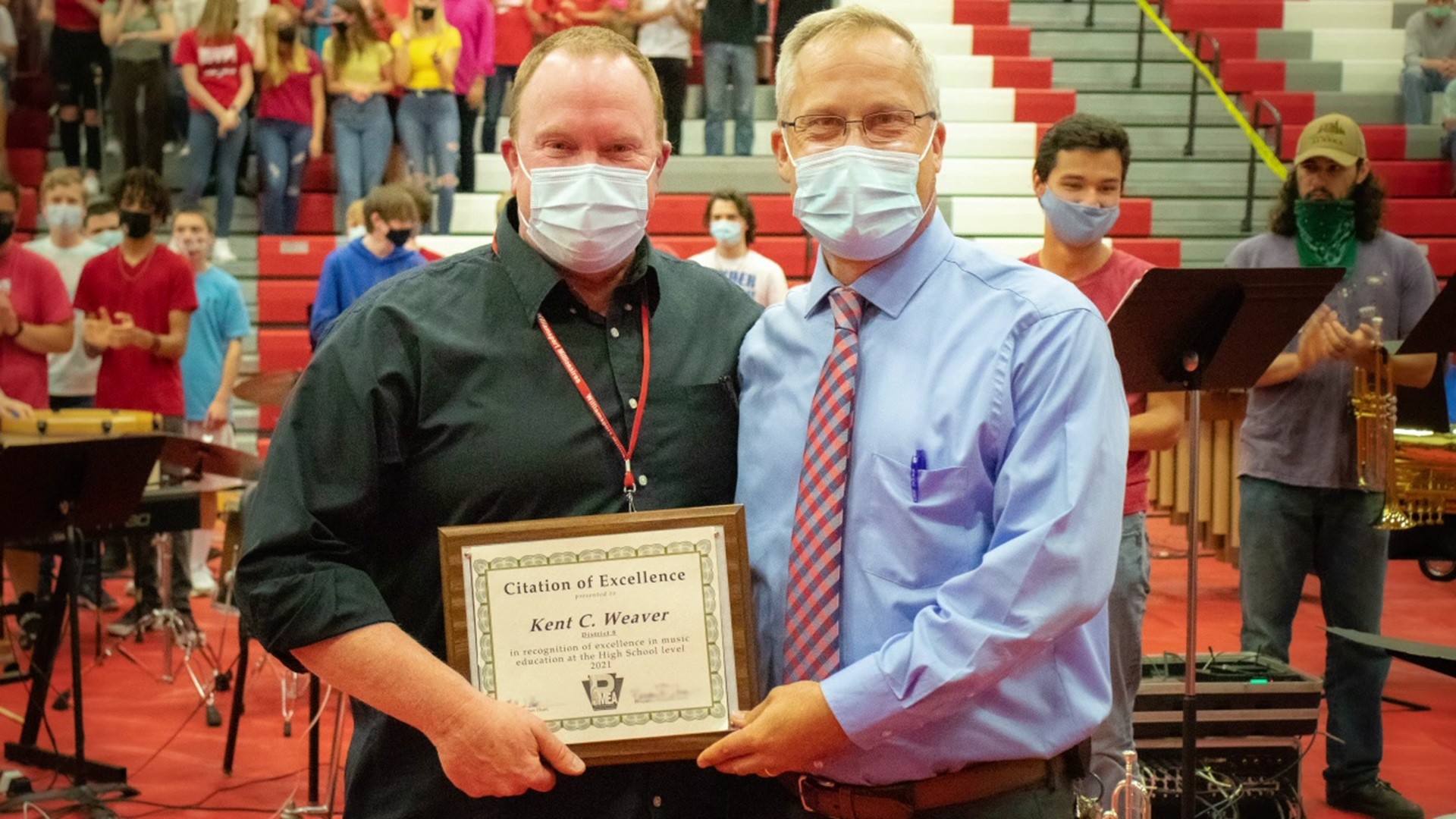 WILLIAMSPORT, Pa. — Kent Weaver has been teaching music at the Williamsport Area High School for 31 years. Earlier this week, Weaver was awarded the Pennsylvania Music Educators Association's 2021 Citation of Excellence.

"It's a huge honor to just represent all of the music teachers in and around District 8 for this particular year," said Weaver.

The award is presented to music teachers who have made lasting contributions in their area of teaching. Weaver is the only teacher in the state to have received this award twice since the year 2000.

"I teach regularly three to four choirs a day here at Williamsport, and then I have some general music classes that I teach, and that includes AP music theory," said Weaver.

"The music department itself, and Mr. Weaver, in particular, has an expectation of excellence, so it is nice to be recognized when that is the expectation. And the bar is set for a person who leads a department, but his recognition is definitely warranted and well deserved," said Williamsport Area High School Principal Brandon Pardoe.

This was Weaver's last year of teaching at Williamsport Area High School before he retires, and he told Newswatch 16 what he'll miss the most.

"Seeing students' faces every day and working with them, working off their energy. Sometimes they gave nothing back, and that just gave me more impetus to work harder," said Weaver.

Weaver told Newswatch 16 that he is confident that the music department at the high school will be in good hands after his departure.