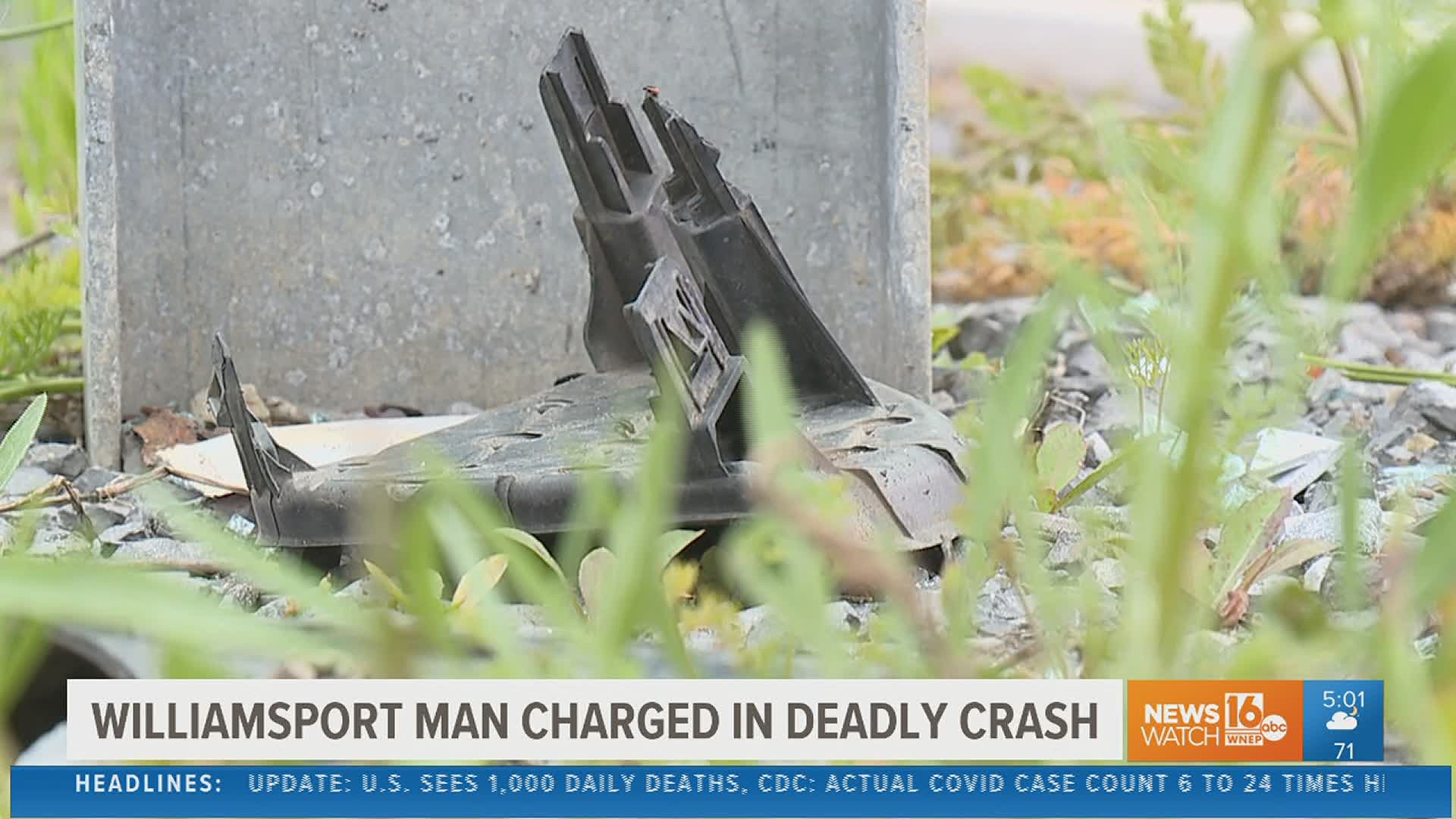 WILLIAMSPORT, Pa. — A Williamsport man has been charged with homicide by vehicle while DUI for a crash over the weekend.

Police say 34-year-old Matthew Bower, of Woodward Township, was driving on Arch Street when he crossed into the opposite lane and crashed into the motorcycle carrying 38-year-old James Neufer of Armstrong Township and 38-year-old Amanda Bergstrom of Susquehanna Township as they crossed over the bridge.

Neufer died at the scene and Bergstrom passed away at the hospital.

Investigators have filed a slew of charges against Bower, including a felony count of homicide by vehicle while driving under the influence.

Police said there was also a third victim, Crystal Lee Smith who ended up striking Bower's car during the first crash.

Court papers show her car went over an embankment.

Police said Smith sustained a serious injury to her knee and needed surgery to repair it.

A passenger in Smith's car, Madison Kimble suffered a broken foot due to the crash.

Officers on the scene said Bower was visibly intoxicated and that he admitted to having four to five alcoholic drinks.

They also say he was clearly driving the car.