The Fourth of July firework display has been from Williamsport to the Lycoming County Fairgrounds in Hughesville. 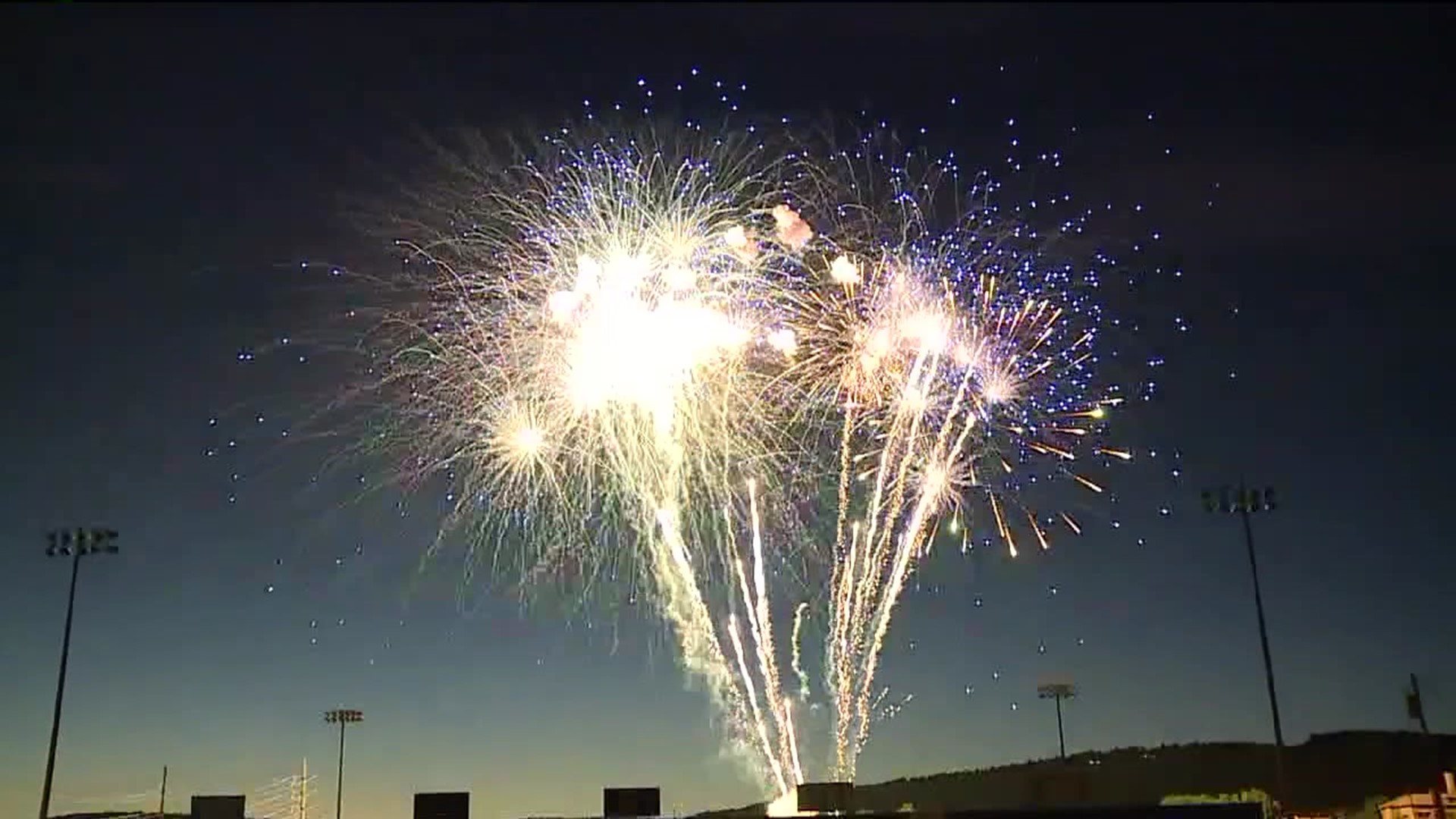 LYCOMING COUNTY, Pa. — Lycoming County will have a fireworks display this year, but it won't be in the City of Williamsport. It will be held at the Lycoming County Fairgrounds in Hughesville.

"It's one of these time pressure decisions, you know, take the chance that we could still get canceled or take the opportunity and move it to a certain place and I did that," said Van Michaels of Backyard Broadcasting.

The Fourth of July firework display was originally supposed to take place in the west end of Williamsport, but because of a nearby eagle's nest, Williamsport Mayor Derek Slaughter required written permission from the federal government before he could let organizers launch fireworks from their Williamsport location. With less than two weeks until the holiday, no permission has been given yet.

"We were in a time crunch where if we needed to move the fireworks based on the eagle's nest and what recommendations come down from him, we were running out of time to coordinate that."

This is the 25th straight year Van Michaels and Backyard Broadcasting will host the fireworks display.

"The city's support has been here for 24 years and the last thing I want to do is take it out. I'm hoping with the fairgrounds is that we still have the ability for the public to travel to the fairgrounds, it's not that far away and we will actually have parking."

Backyard Broadcasting looked into other potential launch areas in and around Williamsport.

"Simply, we tried. South Williamsport could not get the logistics together to allow it when I approached them. Little League was more than willing but we didn't have the perimeter we needed."

The fireworks are paid for by Backyard Broadcasting and their sponsors.

"It is important to understand that no tax dollars are going into the actual purchase of the fireworks or display, that is strictly through Backyard Broadcasting and the sponsors that step up for the community and give back to the community."