Holiday meals handed out in Williamsport

More than 1,000 people were given free holiday meals as the Central Pennsylvania Food Bank teamed up with American Rescue Workers for a big holiday food drive. 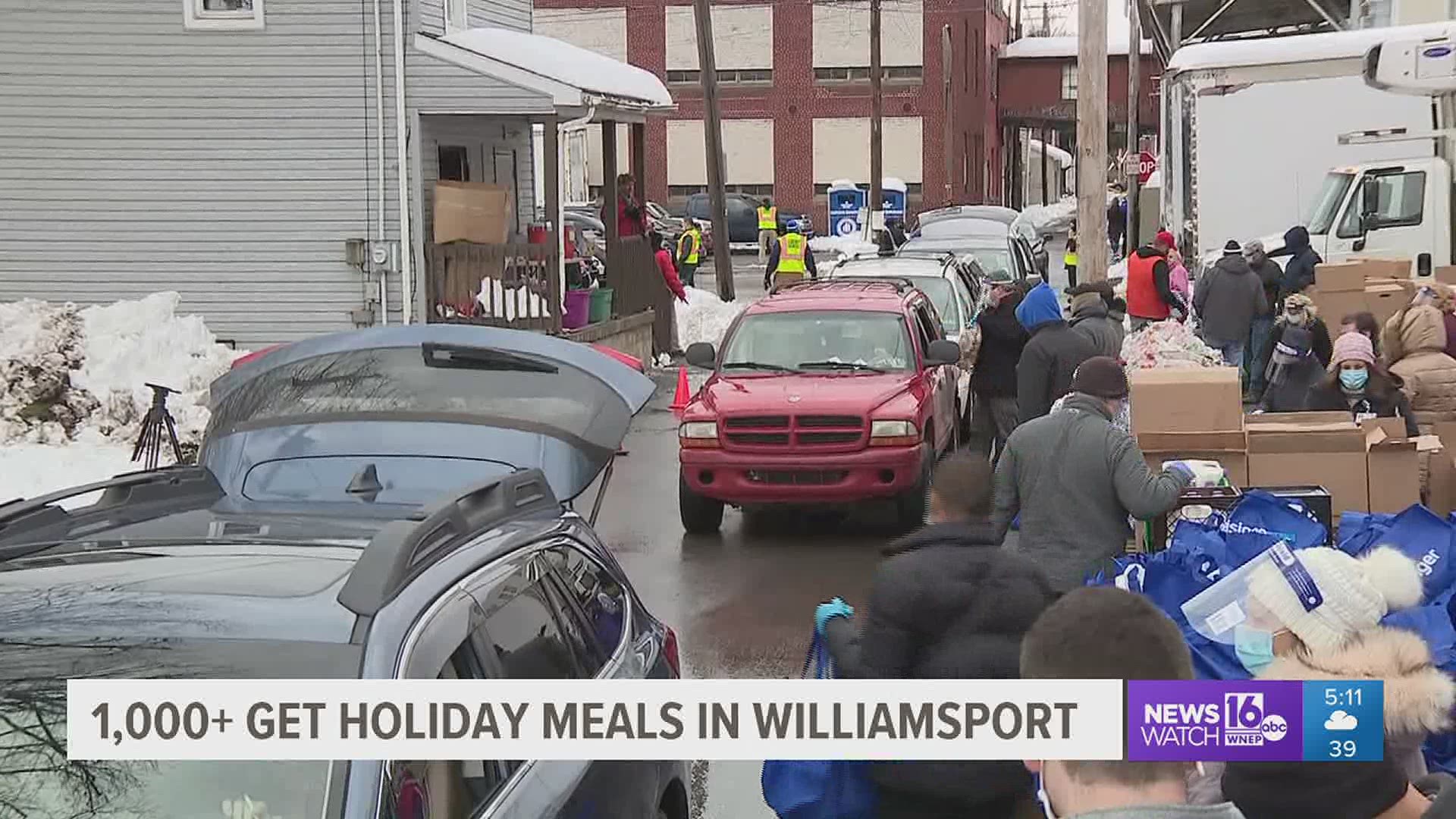 WILLIAMSPORT, Pa. — There was a long line of vehicles outside the American Rescue Workers in Williamsport as people waited for food to be loaded into their cars. This is the organization's biggest food drive of the year serving around 1,000 families.

"Because of the pandemic, we're just having individuals come, and we're going to serve anyone who comes without any criteria," said Pastor Cleveland Way, the shelter director at the American Rescue Workers.

Way says their numbers have doubled since March.

The American Rescue Workers teamed up with the Central Pennsylvania Food Bank and Lycoming County United Way for this food distribution. They gave out 70 pounds of food, including turkeys.

People in line told Newswatch 16 the food was worth the wait.

"I'm glad for God that people are doing this for us," Brenda Stavley said.

"With the prices in the supermarkets, and right now, I have no income, so I got to do what I got to do," Sheryl Kitchen said.

The holiday food drive went on for most of the day in Williamsport.