Marching against injustice, folks came out in Williamsport to end racism and hate speech in the aftermath of the death of George Floyd. 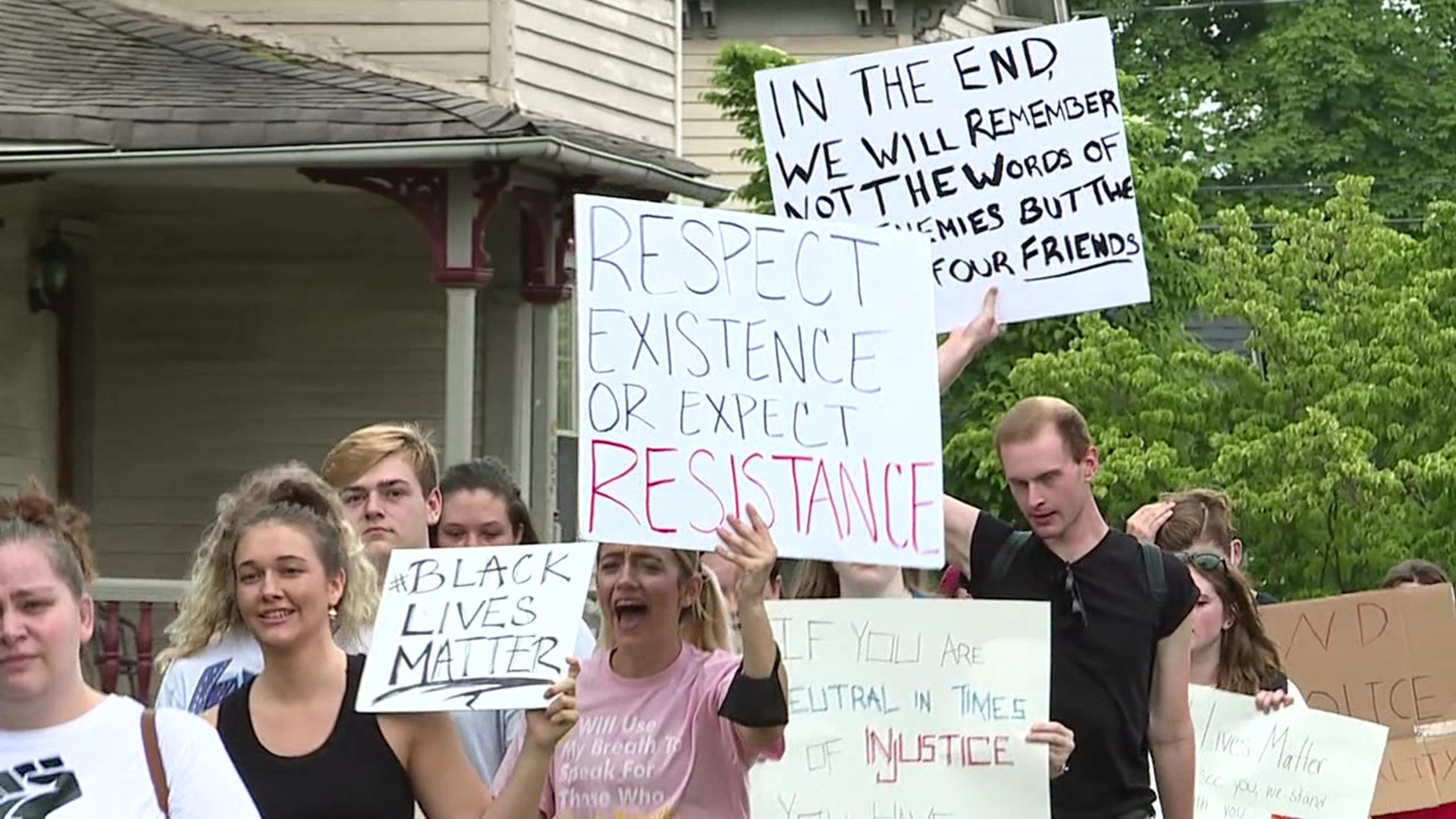 WILLIAMSPORT, Pa. — Hundreds of people gathered at Memorial Park in Williamsport Friday morning to protest the killing of George Floyd in Minneapolis.

Hundreds of people from central Pennsylvania made their way to Williamsport to take part in the "Walk About It, Be About It" march to protest the killing of George Floyd and other social injustices.

"The walk is in protest of police brutality and injustice to people of color," said organizer Patrice Blenman.

"I really want to invoke change," said Kalyn Essick from Montoursville. "I truly believe that black lives matter and that we all need to be a part of that."

Protesters walked more than seven miles from the west end of Williamsport to Montoursville.

"They asked me if I was going to walk the whole seven miles. I said look, seven miles is nothing for what equates to the last 400 years in this country, so seven miles I am definitely walking the whole thing," said Nyric Gosley of Williamsport.

People held up signs, chanted, and protested peacefully for the entirety of the walk. Patrice Blenman organized the event on Facebook and was amazed by the community's support.

"Just to see all these people coming out and actually supporting speaks volumes for the whole entire central Pennsylvania," said Gosley.

Marchers said that they will continue to honor the life of George Floyd by speaking up and holding more events to protest police brutality.

There was no transportation taking protesters back to Williamsport. Many of them are making the seven-mile trip back on foot but those people told Newswatch 16 that it is worth it.