SOUTH WILLIAMSPORT, Pa. — There are 16 umpires from all around the world making the decisive calls on a national stage at the Little League World Series. ... 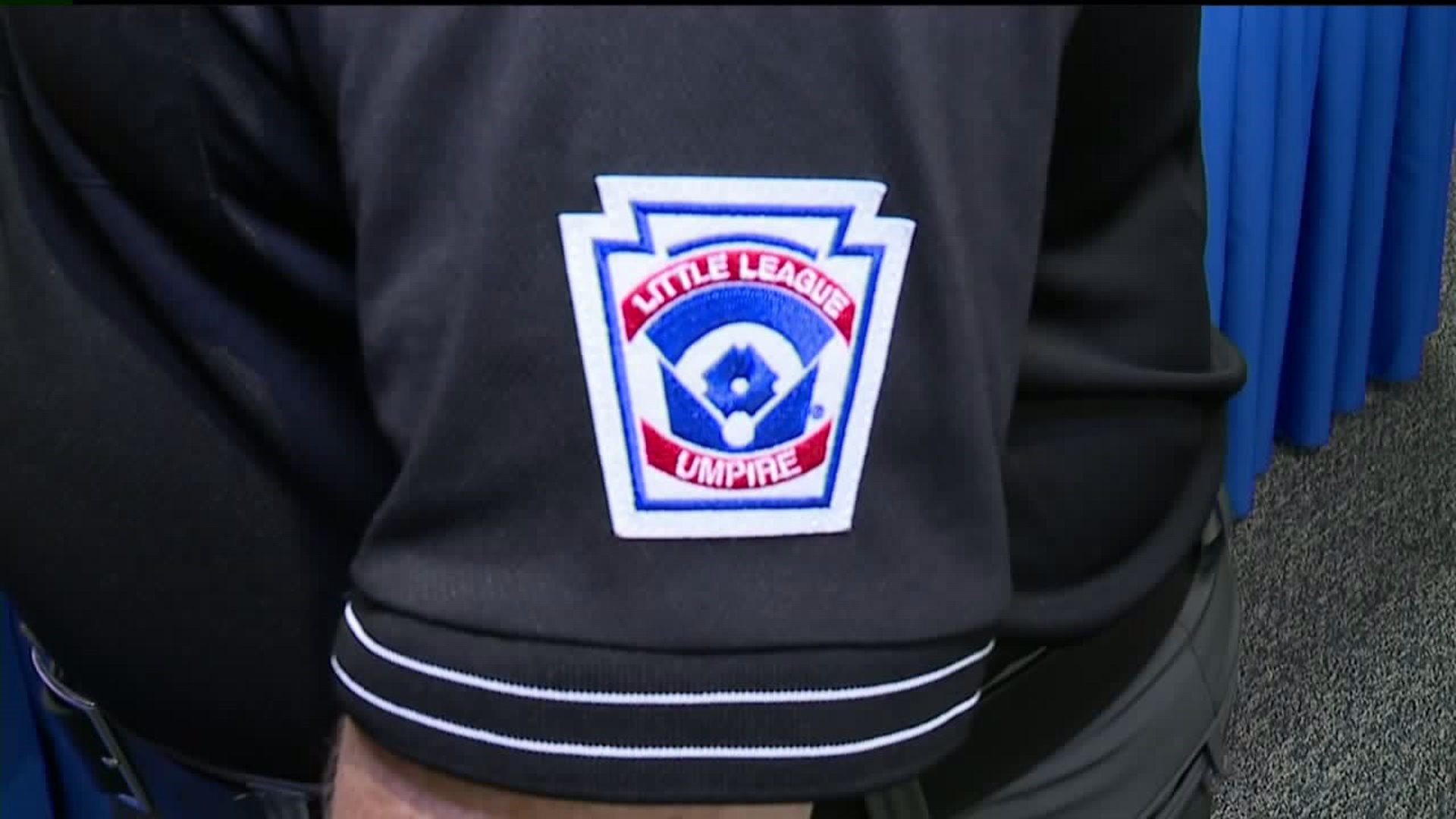 SOUTH WILLIAMSPORT, Pa. -- There are 16 umpires from all around the world making the decisive calls on a national stage at the Little League World Series. Two of those umpires say this experience is just as amazing for them as it is for the kids playing in the tournament.

"It's a dream come true for any Little League umpire, been doing this for a long time, 20 years or more, and it's just an amazing experience," said volunteer umpire Rich Fronheiser.

Dine is the only woman umpiring at this year's Little League World Series, but she doesn't focus on that.

"Being a female umpire, I try not to dwell on that at all. I really like to think of myself as an umpire, just an umpire."

However, Dine hopes this opportunity opens the door for women who are interested in calling the games.

"I realize that I am the only female here, and I'm hoping that my presence here will encourage other women and girls of all ages to consider officiating."

For Rich Fronheiser, this is his first time at the Little League World Series. Fronheiser now lives in Wisconsin but he grew up in the Lehighton area just about two hours away.

"It's great," said Fronheiser. "There are some people coming up later in the week from Lehighton who are going to come up and I haven't seen some of those folks in 20-plus years, so it'll be a great experience."

Before Kelly and Rich were able to make the big calls at the Little League World Series in South Williamsport, they had to go through a long decision-making process where they were tested to see if they were ready for the big stage.

"Espousing the philosophy of volunteerism, and obviously, our motto of courage, character, and loyalty, and I think both of them are the personification of those ideas," said Tom Rawlings, director of umpire development.

Both umpires told Newswatch 16 that this is the greatest experience they've had as a Little League umpire and hope they get the opportunity to do this again one day.