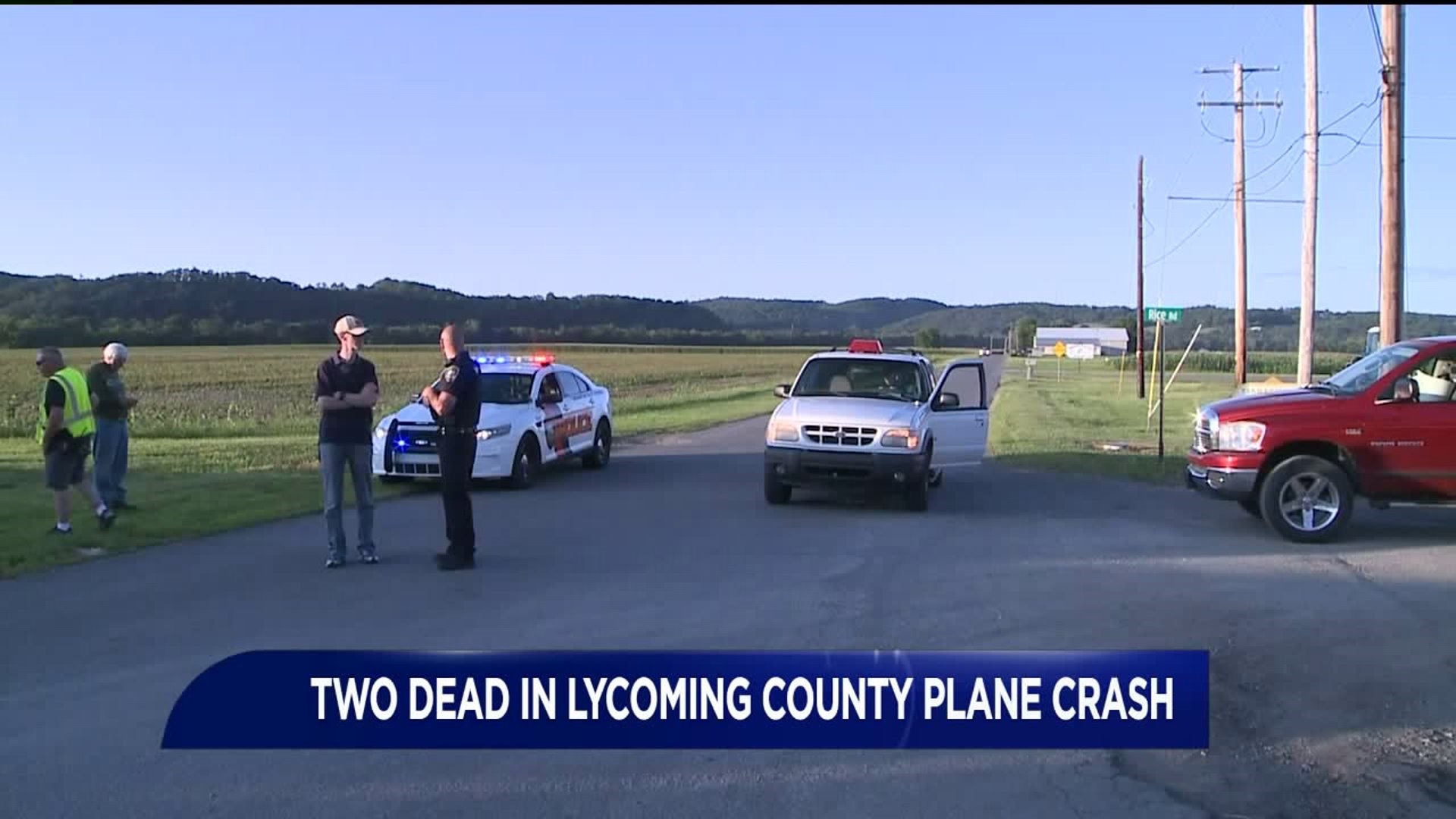 According to the county's director of public safety, the biplane crashed around 4:45 p.m. just south of the airport, over a tree line at the end of the landing strip, which is a long grass field. Police say it was a challenge getting to the scene.

The public safety director tells us both the pilot and the passenger were dead when first responders arrived. The Lycoming County coroner removed their bodies from the scene. They have not been identified because family members have not been told.

The Federal Aviation Administration and the National Transportation Safety Board, two federal agencies that investigate plane crashes, have been notified. One investigator with the FAA was at the scene so far.

Officials say there was no radio communication from the plane in the form of a call for help as often happens when an aircraft is in trouble.

Police tell us the wreckage of the plane will be moved from the crash site to one of the hangars at the Jersey Shore Airport sometime Monday as investigators search for the cause of the crash.

.@WNEP In Nippenose Towmship half mile from the Jersey Shore Airport where two people died in a plane crash. We expect more information from Emergency Management officials soon pic.twitter.com/IoUdOmjmGA