MONTOURSVILLE, Pa. — TWA Flight 800 exploded over the Atlantic Ocean 23 years ago. Everyone on board died, including 21 people from Montoursville. Now, a ... 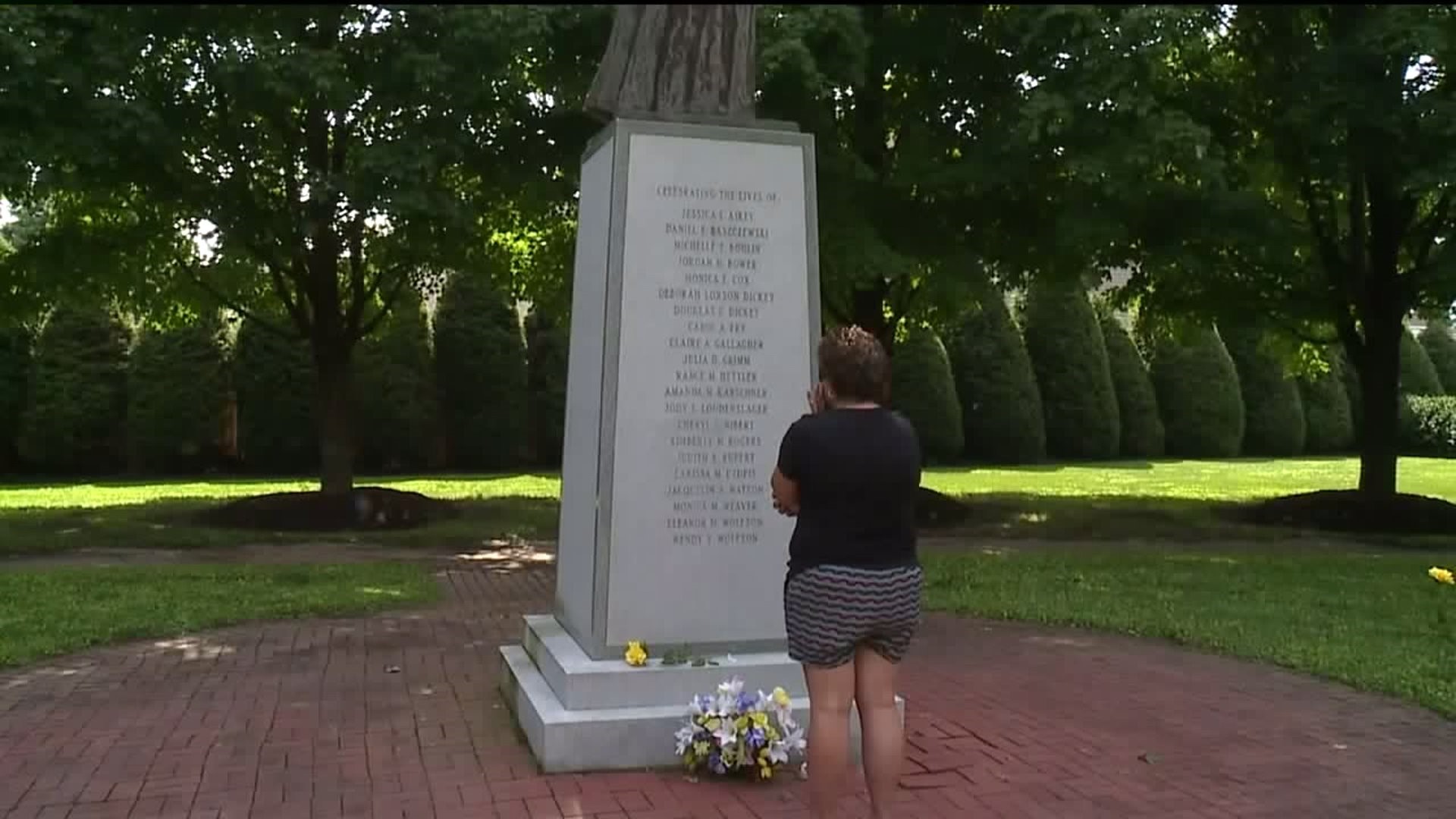 MONTOURSVILLE, Pa. -- TWA Flight 800 exploded over the Atlantic Ocean 23 years ago. Everyone on board died, including 21 people from Montoursville. Now, a unique tradition remembers those lives that were lost.

Sixteen yellow roses and one red rose grace a memorial behind Montoursville Area High School. The flowers represent the so-called Montoursville 21 -- 16 students and five chaperones who died 23 years ago when TWA Flight 800 exploded over the Atlantic Ocean.

They were headed to Paris on a trip with the school's French Club.

"Waking up, finding out the news, coming into town and it was like the saddest thing in the world," Melanie Brownsberger said.

Brownsberger is visiting the memorial behind the high school to pay respects to the classmates and loved ones that she lost, but that's not all she is doing to honor them.

People in Montoursville are paying it forward in an effort to remember the lives that were lost 23 years ago.

The annual random acts of kindness for the Montoursville 21 began seven years ago. Brette Yaw, who now lives in Nisbet, has participated every year.

Yaw is positive that the tradition will continue to grow each year and the memories of their loved ones will never be forgotten.