Rudy Giuliani, the president's lawyer, argued that voters and poll watchers were treated differently based on their political affiliation. 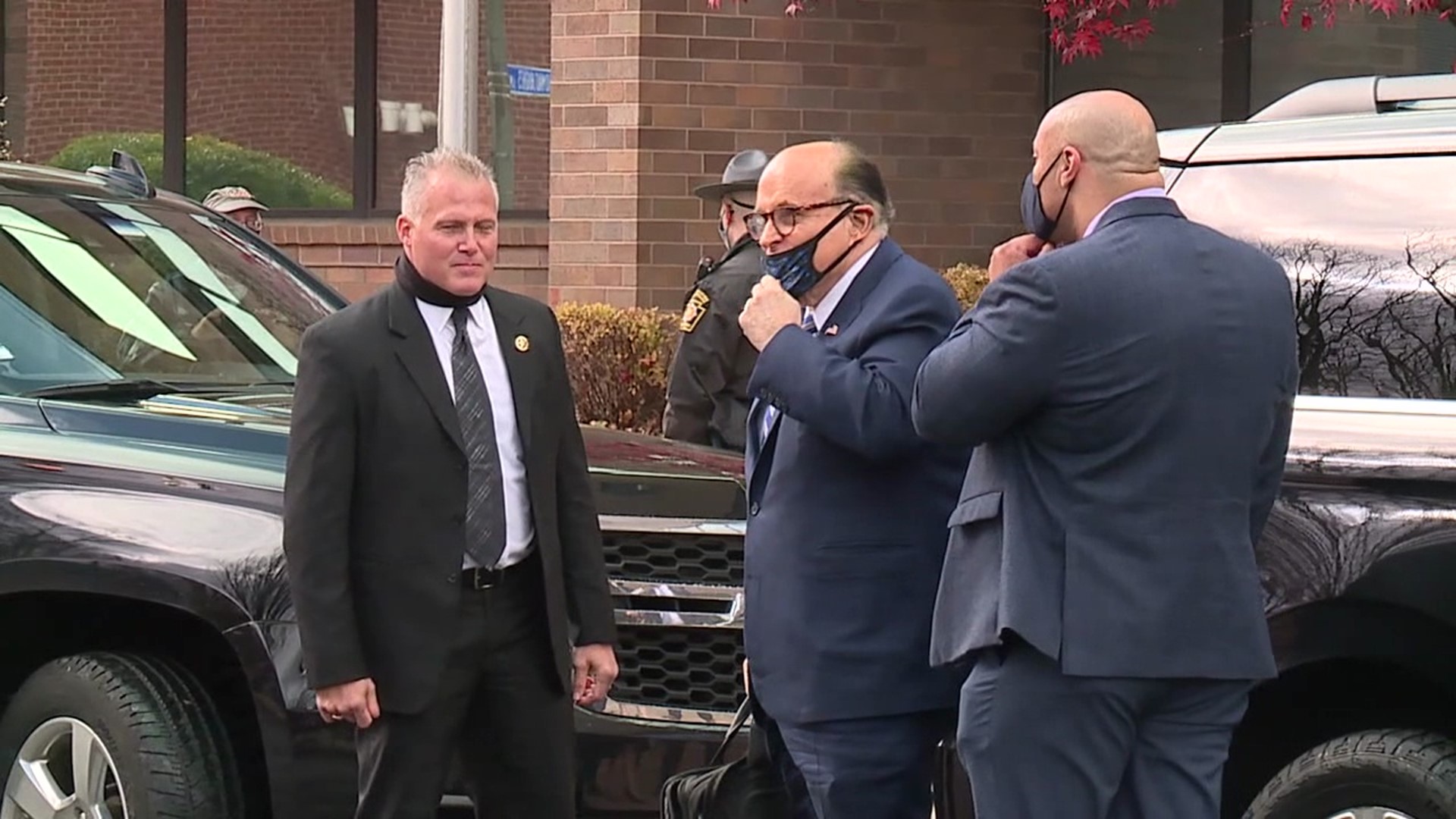 In court, Giuliani argued that voters and poll watchers were treated differently based on their political affiliation. He said that poll watchers were barred from observing counts in Philadelphia and stated that the election process has been trashed and stepped on.

The defense argued That Giuliani's claims are not backed by any actual proof or evidence. They stated that Trump's legal team has failed to provide any evidence that Democrat voters received any special treatment in this election process.

The defense also argued that this case should be in the state courts and is not a federal issue.

Trump supporters outside the courthouse voiced their opinions with Newswatch 16.

"We did well in the Pennsylvania state elections. and we did a whole lot better in the federal elections than they said we would, so to Believe trump lost by the margin they're claiming it's a hard sell," said Jason Smith of Lock Haven.

"There's no doubt in my mind. You don't shut down a vote for three days and then take a break and go count more votes and then say, 'hey, look what we found.' That don't work like that in Pennsylvania. I think we're a little better than that," said Gary Rogers of Williamsport.

If the case is not dismissed, then there will be an evidence hearing on Thursday.