HUGHESVILLE, Pa. — A state trooper was injured with his own weapon Thursday morning, and now the suspect faces attempted homicide charges in Lycoming Coun... 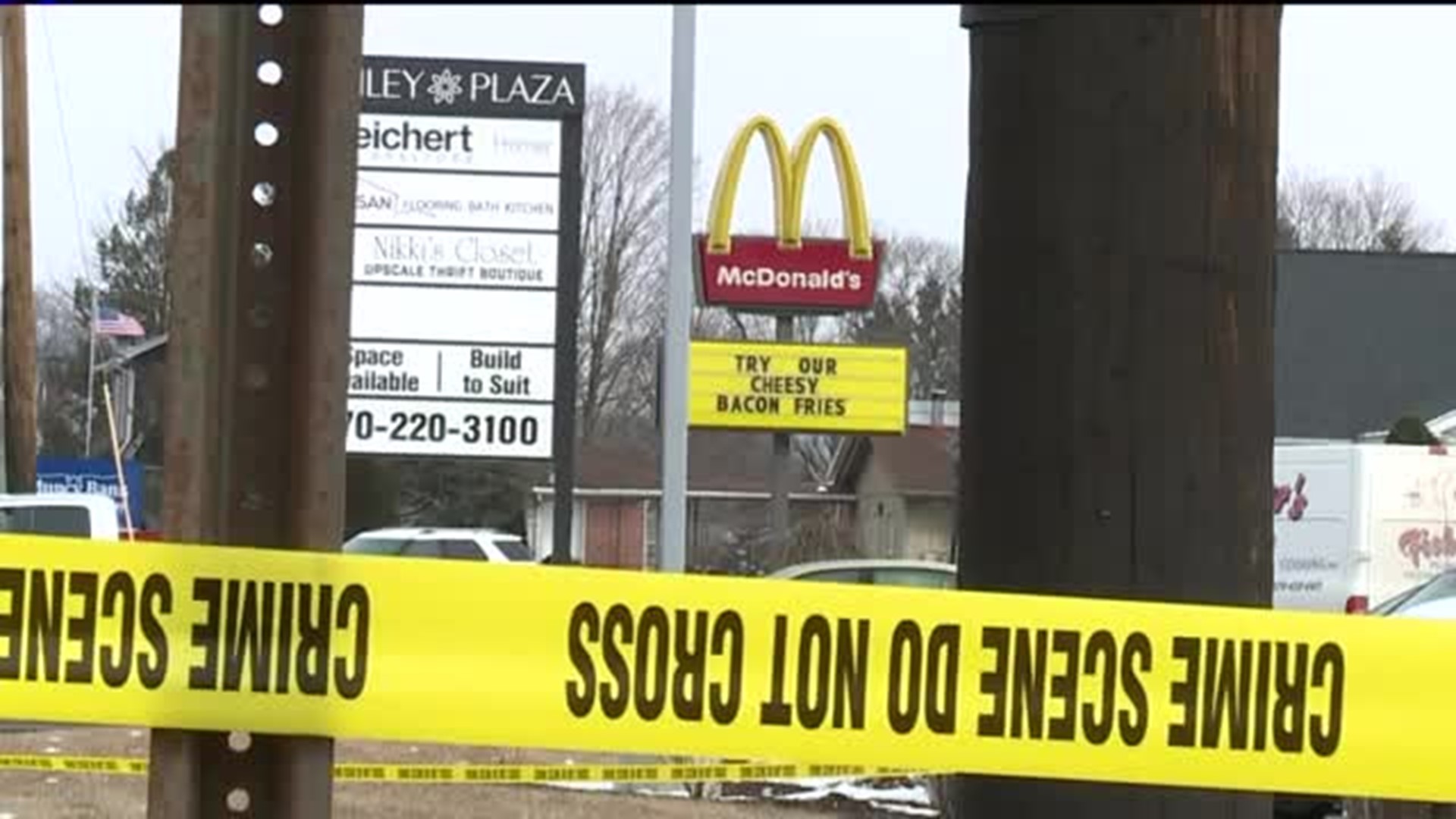 HUGHESVILLE, Pa. -- A state trooper was injured with his own weapon Thursday morning, and now the suspect faces attempted homicide charges in Lycoming County.

State police blocked off a portion of the McDonald's parking lot in Hughesville as they worked to find out what happened and how a state trooper ended up in the hospital.

According to state police, a trooper was called to the fast food restaurant because Brandon Confer, 27, was refusing to leave.

State police say Confer was involved in a burglary in the borough earlier in the morning.

When the trooper spotted Confer, he tried to arrest him for the burglary. Confer ran outside. That's where the trooper drew his taser but didn't deploy it.

State police say Confer pretended to listen, but as he was being cuffed, grabbed the taser, which stunned the trooper's ear and shoulder.

Confer then pulled a knife and threatened the trooper.

"State police tell us the suspect then ran down the road less than a half mile away and straight into a blue house. Hughesville police used their K9, Bear, to find the suspect inside the home.

Employees at the McDonald's in Hughesville tell Newswatch 16 that Confer often falls asleep in the restaurant for hours and is hard to wake up.

Patrons say this isn't the first time Confer has been asked to leave the McDonald's.

"The manager came out. She shook him a few times and he wasn't responding very well," said Clark Strayer of Muncy.

"It's heartbreaking to know that that was, you know, in a small town like this, you know, anything can happen but, you know, it's sad," agreed Shane Strayer, also of Muncy.

The trooper was treated for lacerations and other injuries.