Thrifting for bikes in Lycoming County

The American Rescue Workers thrift shop has plenty of bikes for sale, even though the area is experiencing a major bike shortage. 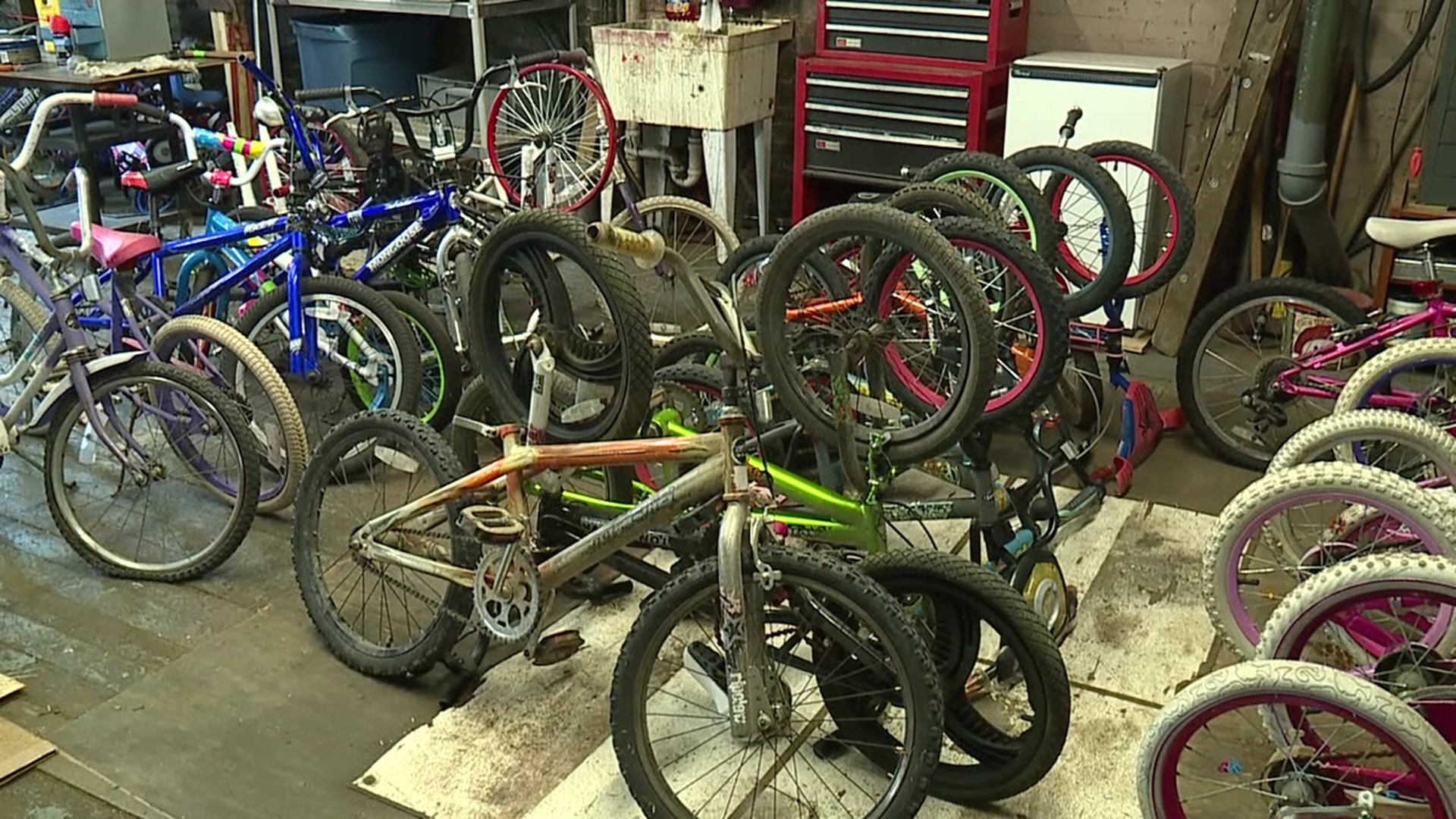 WILLIAMSPORT, Pa. — For the past few months, central Pennsylvania has been experiencing a major bike shortage. Bicycle shops and stores like Walmart are struggling to keep up with the demand for bikes. However, the American Rescue Workers, a thrift shop in Lycoming County, has plenty of bikes available.

"We have little ones that kids train on and learn their skills, and also bikes all the way up in the age groups, and we also have mountain bikes and really nice racing ones, and all that fun stuff," said Kendra Parke of the American Rescue Workers.

Larger retail stores cannot fill their bike racks because of overseas production shutdowns during the ongoing pandemic. The American Rescue Workers don't have that issue.

"We get bikes donated frequently. If kids outgrew them or you know if there is a little wear and tear here and there, we will get those in and fix them all up," said Parke.

Matthew Shaheen works in the organization's bike shop. He tells Newswatch 16 that the bikes are going fast.

"The bikes are starting to go, and actually, they are doing pretty good. I have sent a lot down to the store, and right now, I think there is like six or eight left out of the 18 I just sent them, so that is real good," said Shaheen.

The American Rescue Workers have more than 100 bikes in their inventory, most of which still need repairs.

"Anything you want in a bike, I am sure it is in this mix of bikes somewhere. Like I say, they are used, but they are lightly abused so we can fix them up and get them ready for you in a day or two," said Shaheen.

The prices at the thrift shop range anywhere from $15 for a kid bike to $60 for an adult mountain bike.

RELATED: A sweet incentive for a family bike ride