WILLIAMSPORT, Pa. — March 19 has become a special day for a family in Lycoming County. The family has three generations born on that very date. As of Tues... 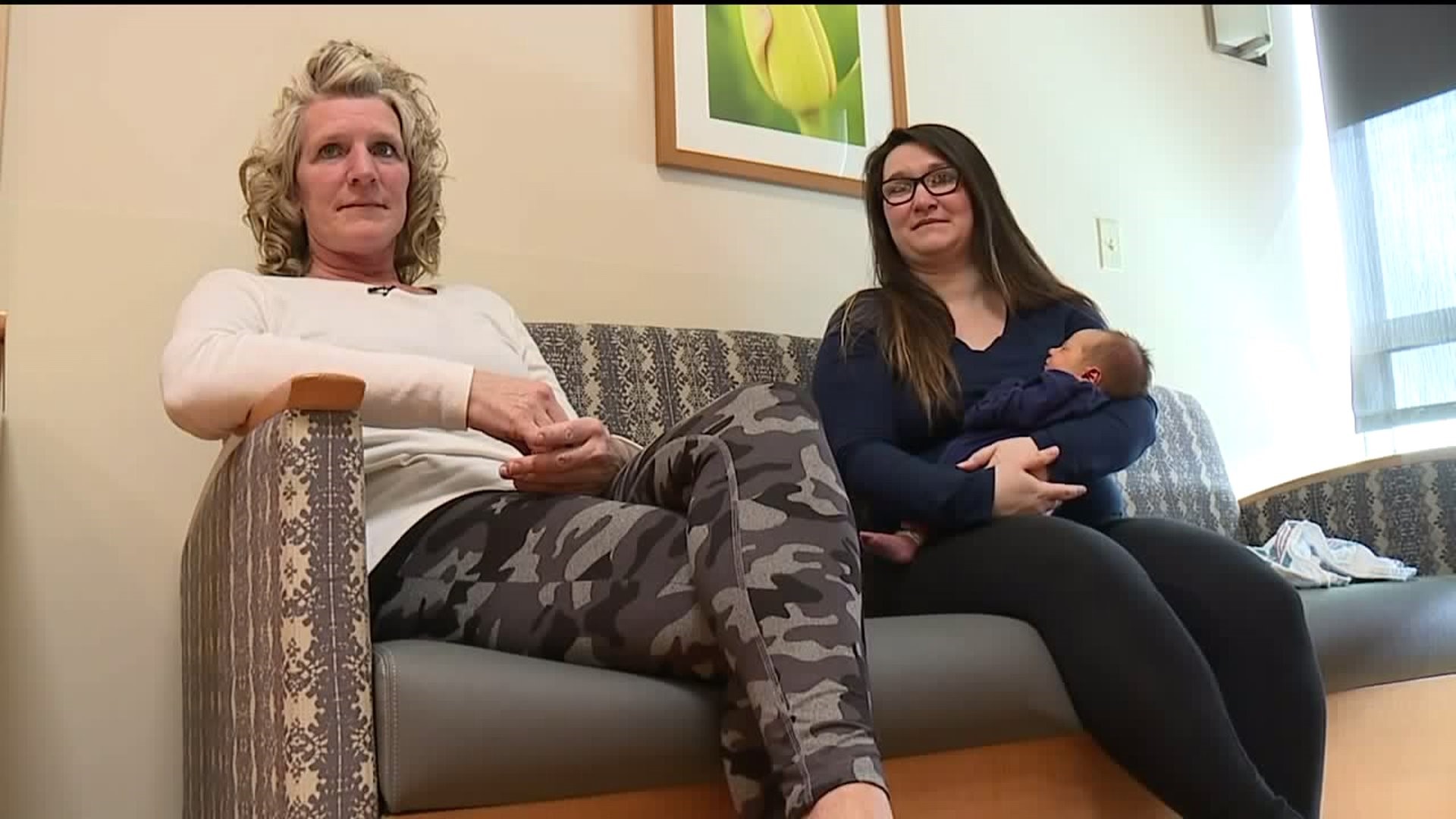 WILLIAMSPORT, Pa. -- March 19 has become a special day for a family in Lycoming County. The family has three generations born on that very date.

As of Tuesday, a mother, her daughter, and now her new grandson share the same birthday.

Lacey Laylon has a lot to celebrate. On March 19 at UPMC Susquehanna Health in Williamsport, she gave birth to her fourth child. Her baby boy named Aspen has spent most of his time sleeping quietly in his mother's arms.

"It was good. It was definitely the best birthday present that I could have gotten," said new mom Lacey Laylon.

From now on, she will be sharing her birthday cake with her son. Lacey gave birth on her 27th birthday.

"We came in on the 18th to get everything ready, and he waited long enough to come on our birthday, which is nice," Lacey said.

Lacey's mother Jennifer Dawes was here to see her grandson's birth. Lacey already shares her birthday with her mother.

"They did bring me a birthday cake and a steak after. I remember that," said grandmother Jennifer Dawes.

That means three generations in this family now share the same birthday -- a special coincidence the family says they won't take for granted.

"Just felt very blessed, let's say that. It's a blessing, two blessings in my life on that day," said Jennifer.

"It's special," said Lacey. "It's always going to be something that we have together that no matter where he goes, we will still always share it."

Lacey wanted to go out to the Country Cupboard, a restaurant near where she lives one last time to celebrate her birthday before the baby came, but that didn't end up happening.

Instead, the family says they plan to have a cookout this weekend with lots of cake and blueberry pie.