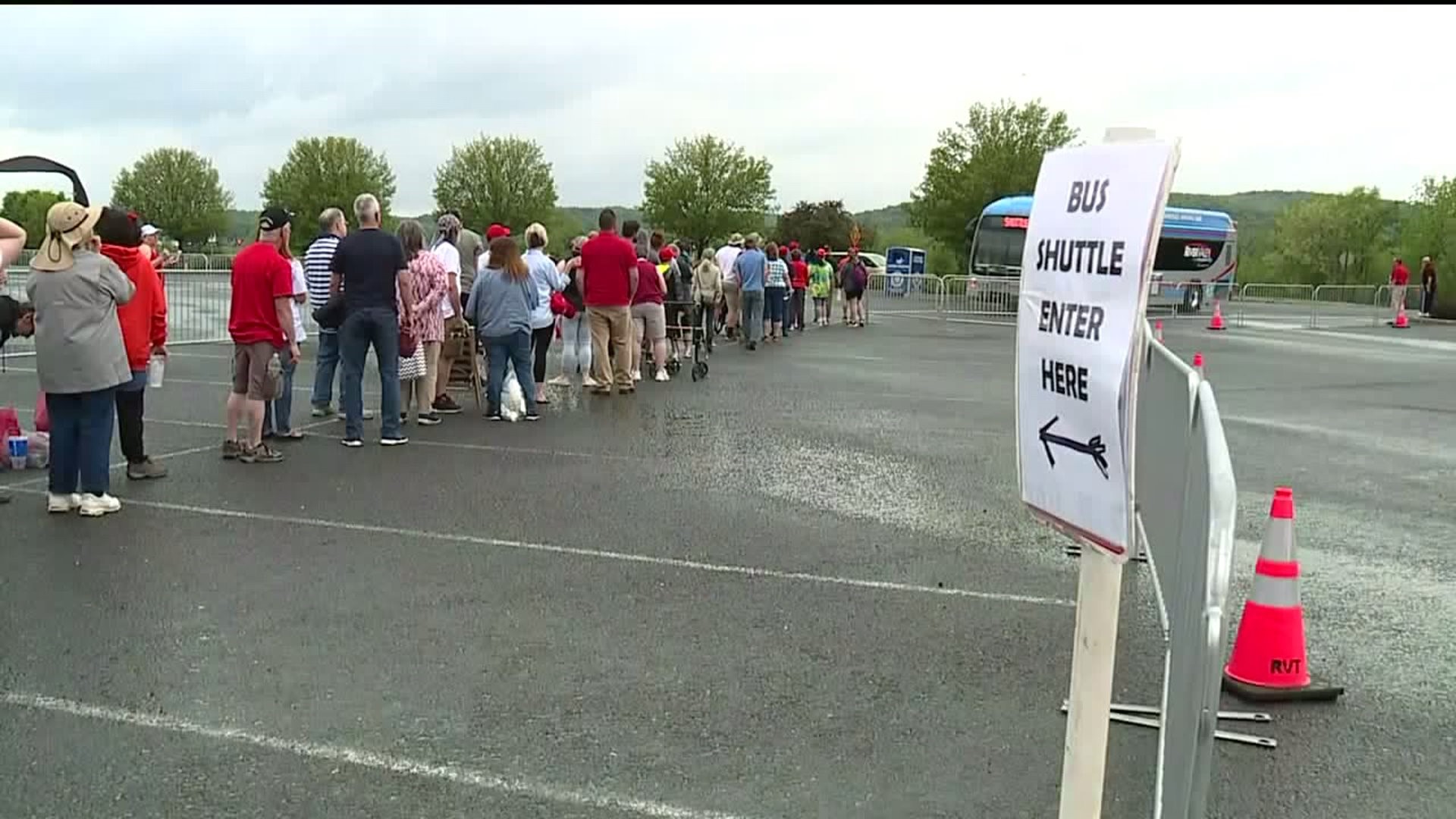 President Trump will be in central Pennsylvania Monday night, and thousands of people are expected at his rally in Montoursville.

Most of them will be taking a bus in from the Lycoming Mall parking lot.

President Trump's rally begins at 7 p.m. at the Williamsport Regional Airport in Montoursville. Gates open at 4 p.m., but this is really an all-day event for thousands of people.

Just after 9 a.m., a crowd of people took one of the first shuttles into Montoursville.

Attendees will not be able to bring bags, coolers, and mugs into the event, but with a whole day ahead of them, people did bring chairs and food with them. 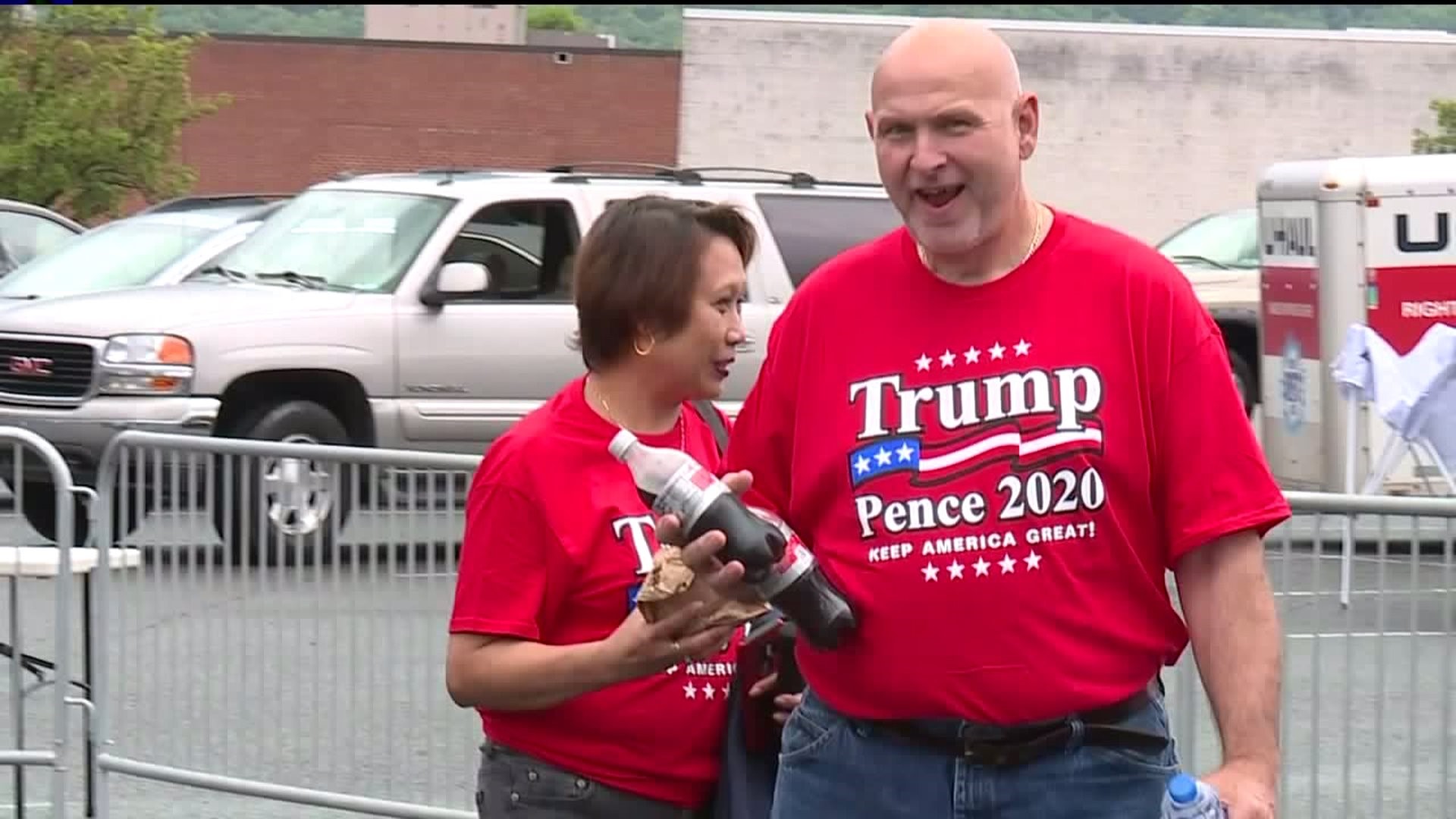 Vendors selling shirts and hats have started to set up in the parking lot at the Lycoming Mall and most people were wearing President Trump gear. Many people we spoke with decided to take off work to get to the rally early for a chance to see the president in their community.

"I thought we are going to have to get here early because I went to a rally in Wilkes-Barre and we got in by the skin of our butts. We didn't even have a seat to sit in, we sat on the cement steps. I told my son-in-law if we are going, it's going to be an all-day thing and we need to be there early, so here we are," said Brenda Peace.

Some traveled from out of state to wait for a chance to hear the president speak.

"We came from New Jersey to see President Trump because he is one of the best presidents we have ever had," said Tillie Cocchia.

"We want Trump to come in for the next four years and then we'll vote Pence in after that," added Trump supporter Chuck Gordner.

"It's just amazing when you see all those people and you see Sarah Sanders and Kelly Anne Conway, and, of course, when you see Trump everyone is raging. It's going to be awesome," said Peace.

Buses will be dropping off and picking up people before and after the event.