MUNCY — Several people in Lycoming County are upset that borough leaders in Muncy will not allow a church to buy a building in the business district. The ... 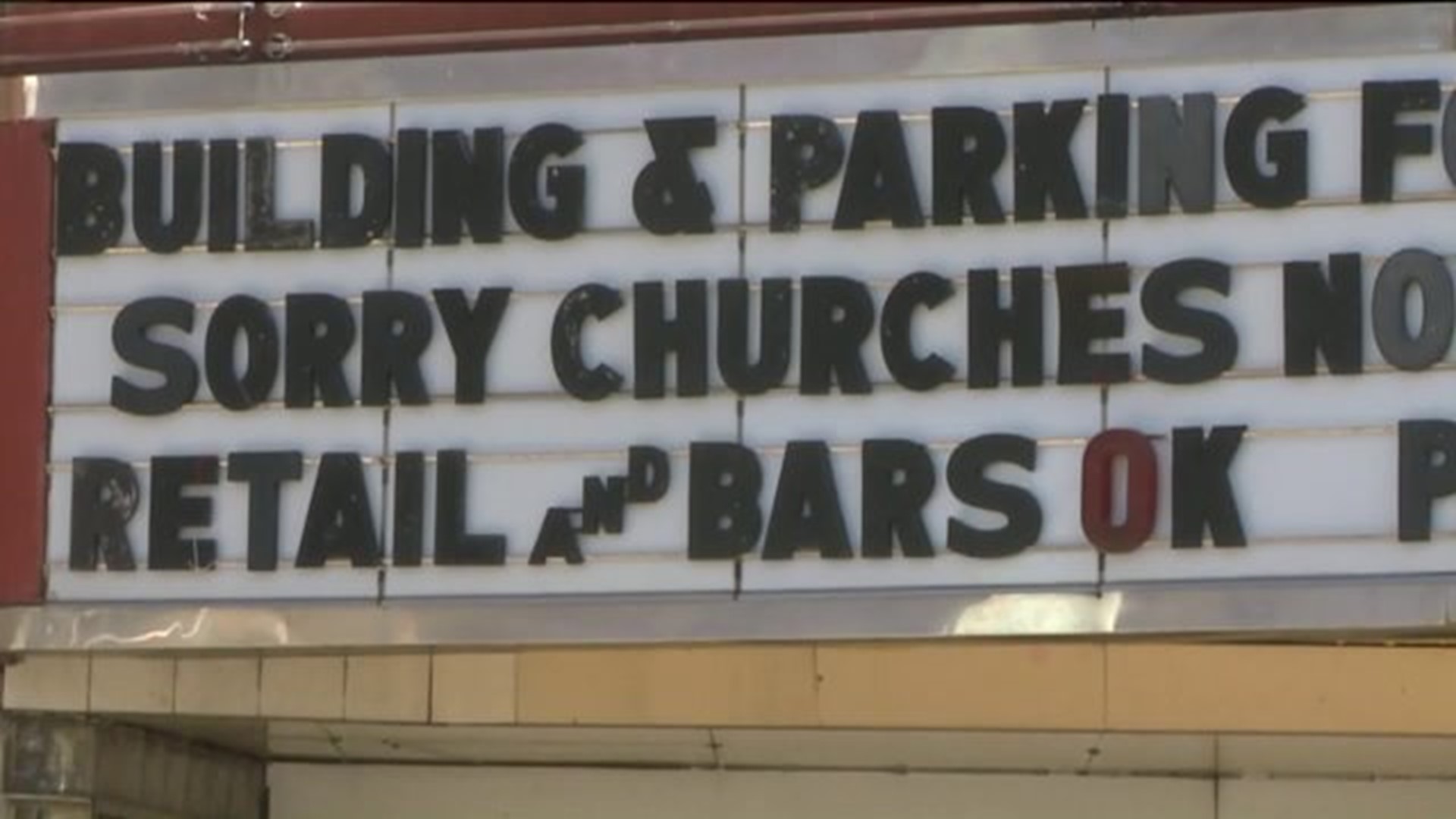 MUNCY -- Several people in Lycoming County are upset that borough leaders in Muncy will not allow a church to buy a building in the business district. The catch is, the zoning board's decision was made almost a year ago.

The marquee outside the former Ritz Theater on North Main Street in Muncy is drawing some attention and sparking some concern.

Jessica Zink from Hughesville saw a picture circulating on social media and stopped to take a look during a trip downtown.

The message on the marquee reads, ‘Building for sale. Sorry churches not allowed by borough. Retail and bars OK.'

It was put up recently by the owner Jay Richards. Earlier this year, a church wanted to buy the building. Muncy's zoning board said no.

"I guess I just wanted the truth to be known,” said Jay Richards.

Richards tells Newswatch 16 businesses might have to remodel inside the theater if they were to buy, but for a church, the set up with the sloped floor would be perfect for the service.

"Nice seating, stage area, to do that we need to file a variance with Muncy borough," said Pastor Salvatore Minnella of 3:16 Covenant Church.

3:16 Covenant Church currently holds services at the Holiday Inn on Pine Street in Williamsport.  The church hoped to turn the old theater into its new home.

The church needed a zoning variance because the theater is located in Muncy's central business district.

According to the zoning board solicitor, the board denied the variance because the owner of the theater had options other than selling to a church.

"It seems the zoning board is not aware of its obligation under federal law to grant a variance to allow land to be used for religious purposes unless there is a 'compelling' reason to deny the variance,” said the American Civil Liberties Union of Pennsylvania in an email.

"If I knew this for ourselves, we probably would have taken that approach during an appeal process, but now that we are so far into it, I'm just glad we are opening up the door for maybe possibly another church or possibly ourselves to take an approach at this,” said Minnella.

3:16 Covenant Church is currently looking at properties in Williamsport. As for the old Ritz Theater in downtown Muncy, it's still for sale.