The good and bad sides of hot, rainy weather

Farmers in Lycoming County say the recent weather has been great for the growing, but that constant rain and heat could have some negative side effects. 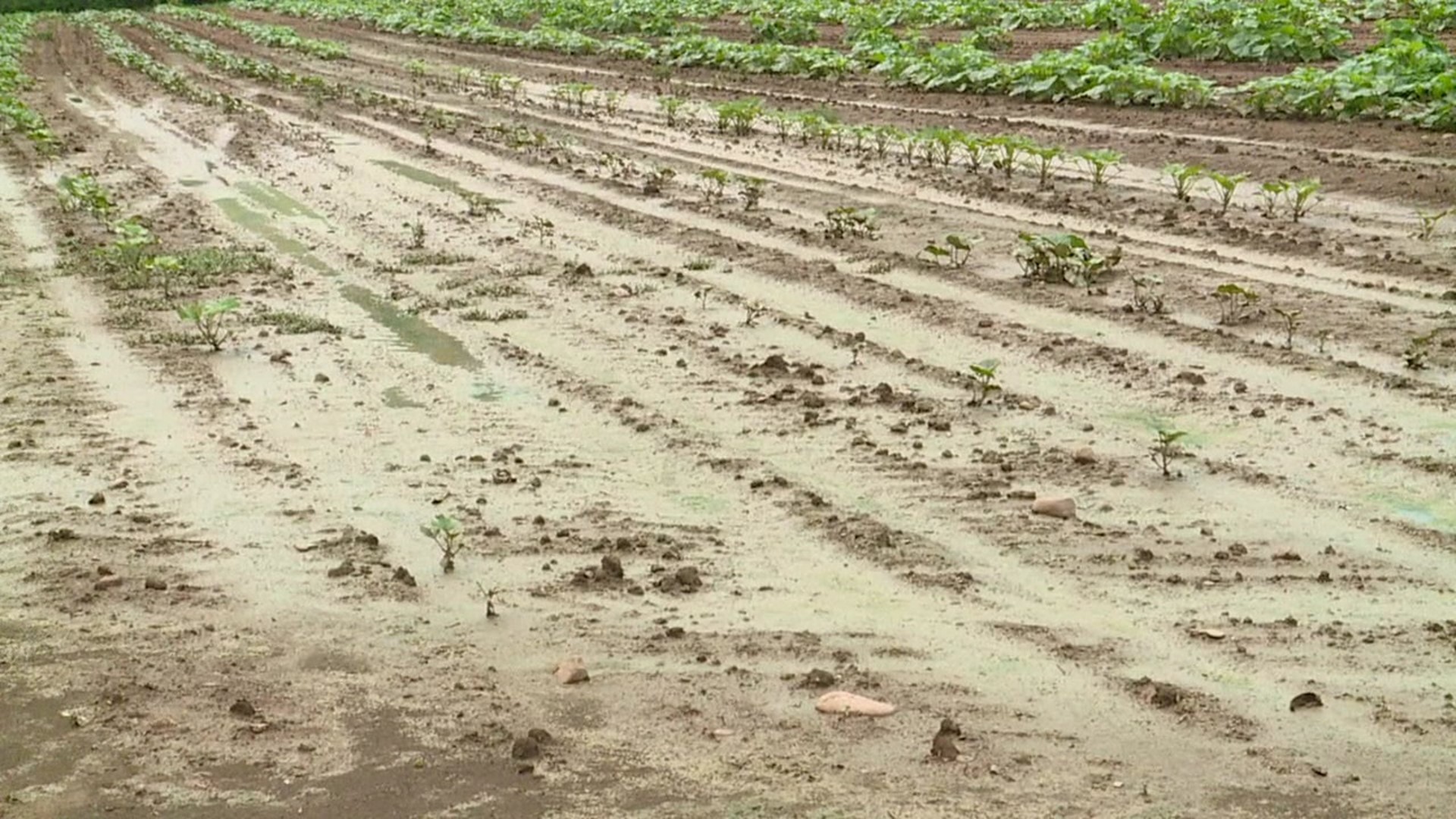 LYCOMING COUNTY, Pa. — John Carpenter is the owner and farmer at Carpenter's Pumpkin Farm in Linden. He told Newswatch 16 that this summer has been one of the best growing seasons for all the crops and produce he has to offer.

"Early on, we had lots of weather that cooperated to get stuff planted, and ever since then, stuff has been growing like crazy," Carpenter said.

However, the constant rainfall and high humidity days could be detrimental to Carpenter's plants. On one part of his land, the pumpkins are growing at a fast rate. However, on the other side of the pumpkin patch, it is a completely different story. The ground there is having trouble drying out.

"It just keeps raining, and the leaves never dry off, and that can lead to a lot of diseases that come."

At the Green Barn Berry Farm near Muncy, Robyn Schreiber says her berries are growing at a significant rate. The weather over the last two weeks played a major role in the growth of her berries.

"Growing season has been spectacular," Schreiber said. "We have obviously had a lot of hot weather and humid weather, which is perfect for berries, and they thrive and both of those scenarios."

But all that heat can sometimes have negative side effects on the berries. For instance, many black raspberries at the farm will dry out before they can be picked.

"Black raspberries are pretty fragile, and with all the heat and humidity that have been brought all at the same time, they ripen really quickly and faster than they can get picked, so at the tops of the plants, you'll see where they look burned," Schreiber explained.

According to the Stormtracker 16 team, farmers in Lycoming County may get a break at the beginning of next week. The forecast calls for less humidity and few more sunny days.