More than one million gallons of water was wasted in 2019 because of the leak at Memorial Pool. 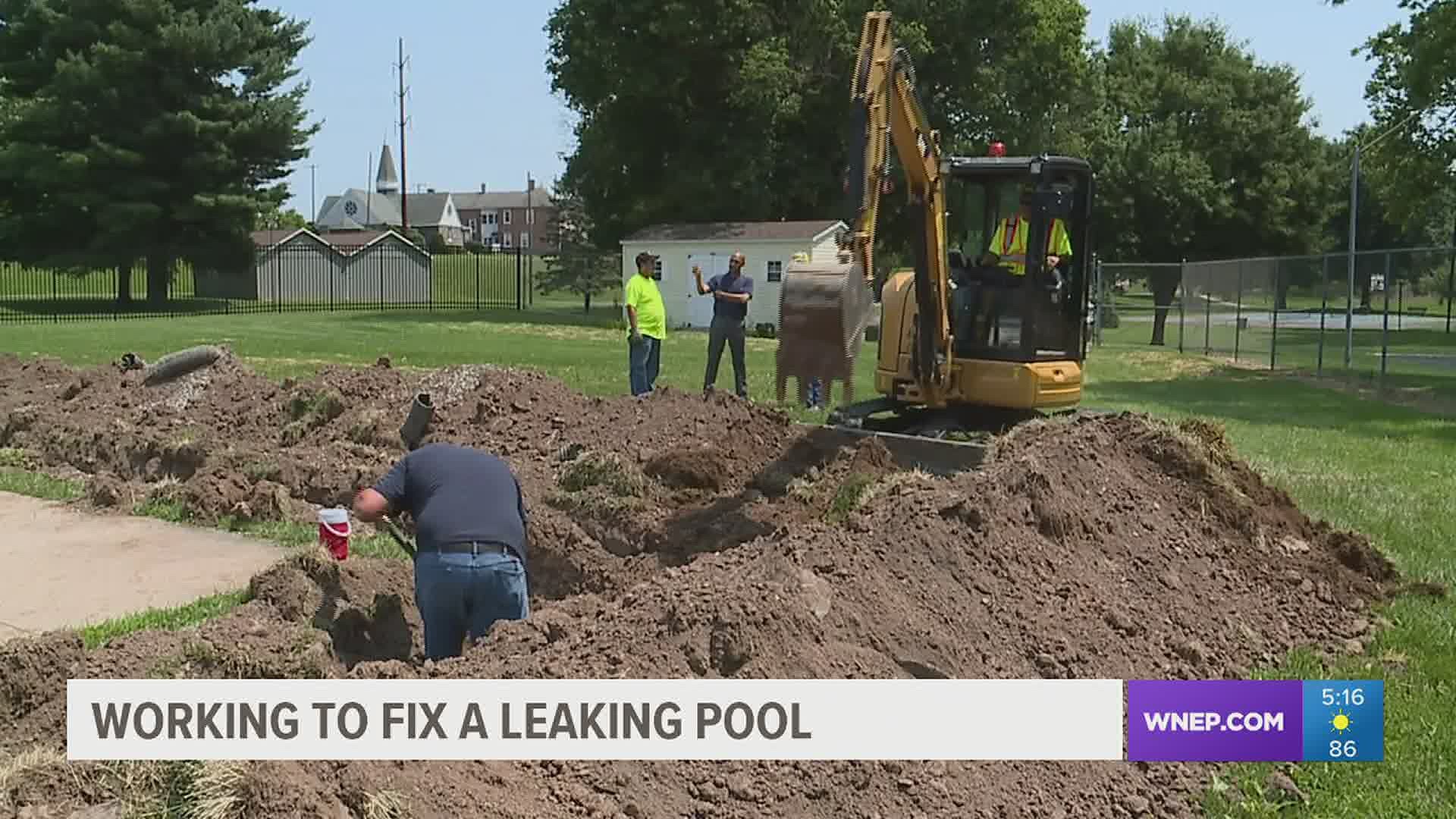 WILLIAMSPORT, Pa. — City employees are working around the clock at the Williamsport pool in Memorial Park. The pool is closed this summer to find an ongoing leak in the pool's pipes.

"We are doing an exploratory dig on the piping that feeds the pool from our pump house," said Jim O'Brien, the city's streets department foreman.

"We are hopeful that the leak is in the grass area, so we don't have to dig up the cement, but if we need to excavate the cement, we will do so and get the leaks fixed and get the pool open for the 2022 season," said Mayor Derek Slaughter.

The pool's leaking issues are not a new problem. City employees say it has been leaking for years without a fix. They first noticed it about three or four years ago when the pool water level would constantly lower overnight.

"Upwards of 1 million gallons of water that we have lost, and it is costly to the city, and the kids can't swim because the water levels are always dropping," said O'Brien.

The pool's constant leaking is not just a big worry for city employees, it also has a big effect on taxpayer dollars.

"Folks were extremely upset when we had to close the pool, but they didn't realize that 1 million gallons of water was leaking out of it. So that correlates directly to tax dollars being wasted, literally running down the drain," said Slaughter.

The pool was also shut down in 2020 because of the pandemic. It was not fixed last year because records show the previous city administration did not allocate any pool repair money to last year's budget.

Mayor Slaughter tells Newswatch 16 that the goal is to find the leak or leaks this summer so the pool can reopen in 2022.