WILLIAMSPORT, Pa. — A woman wanted for a deadly stabbing in Williamsport was brought back to Lycoming County to face charges. U.S. Marshals arrested Monic... 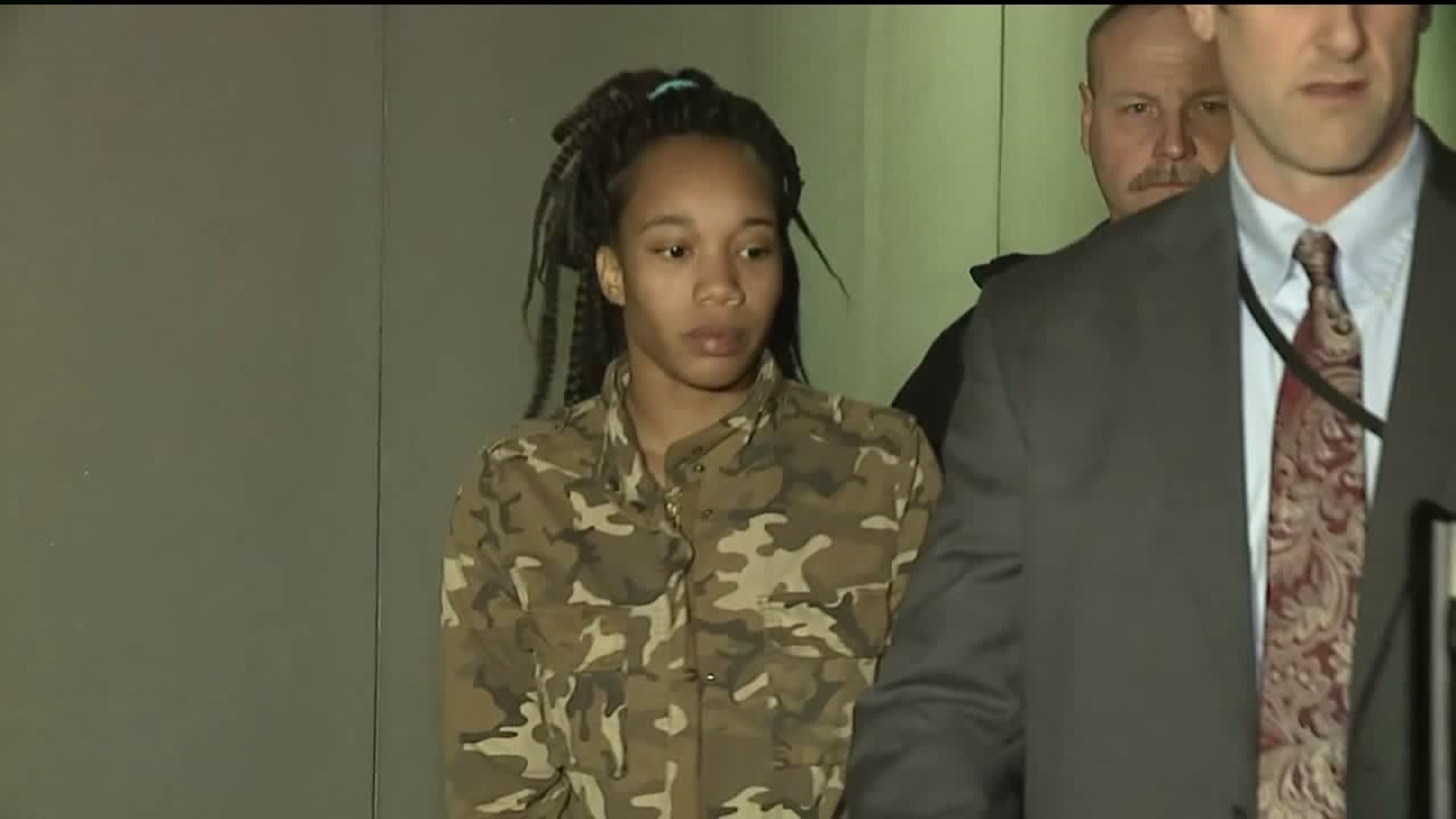 WILLIAMSPORT, Pa. -- A woman wanted for a deadly stabbing in Williamsport was brought back to Lycoming County to face charges.

Burns was arraigned at a magistrate's office in Loyalsock Township Wednesday evening on charges including criminal homicide.

Burns is accused of fatally stabbing Ryan Jones, 28, of Williamsport, earlier this month. Investigators believe Burns stabbed Jones in the chest during a fight at a New Year's Eve party.

A decorative bag filled with flowers was placed next to the trailer where a firefighter in Williamsport found Jones' body early on New Year's Day.

Court papers indicate Jones was stabbed inside an apartment just yards away from where his body was found.

Police in Williamsport believe a fight broke out in the bathroom of an apartment at Timberland apartment complex on Lycoming Street.

Surveillance cameras caught Jones leaving the apartment and running towards the Williamsport Bureau of Fire headquarters. That's where his body was found later that morning.

Friends of the victim recently held a benefit to help pay for funeral expenses. A viewing for Jones was held Wednesday morning in Williamsport.

Burns had nothing to say to Newswatch 16 after her arraignment.

Burns has been charged with homicide, aggravated assault, and possessing an instrument of crime. She's locked up without bail.