MUNCY TOWNSHIP, Pa. — Of the thousands who attended President Donald Trump’s rally in Lycoming County on Monday, hundreds parked at the Lycoming Mall and ... 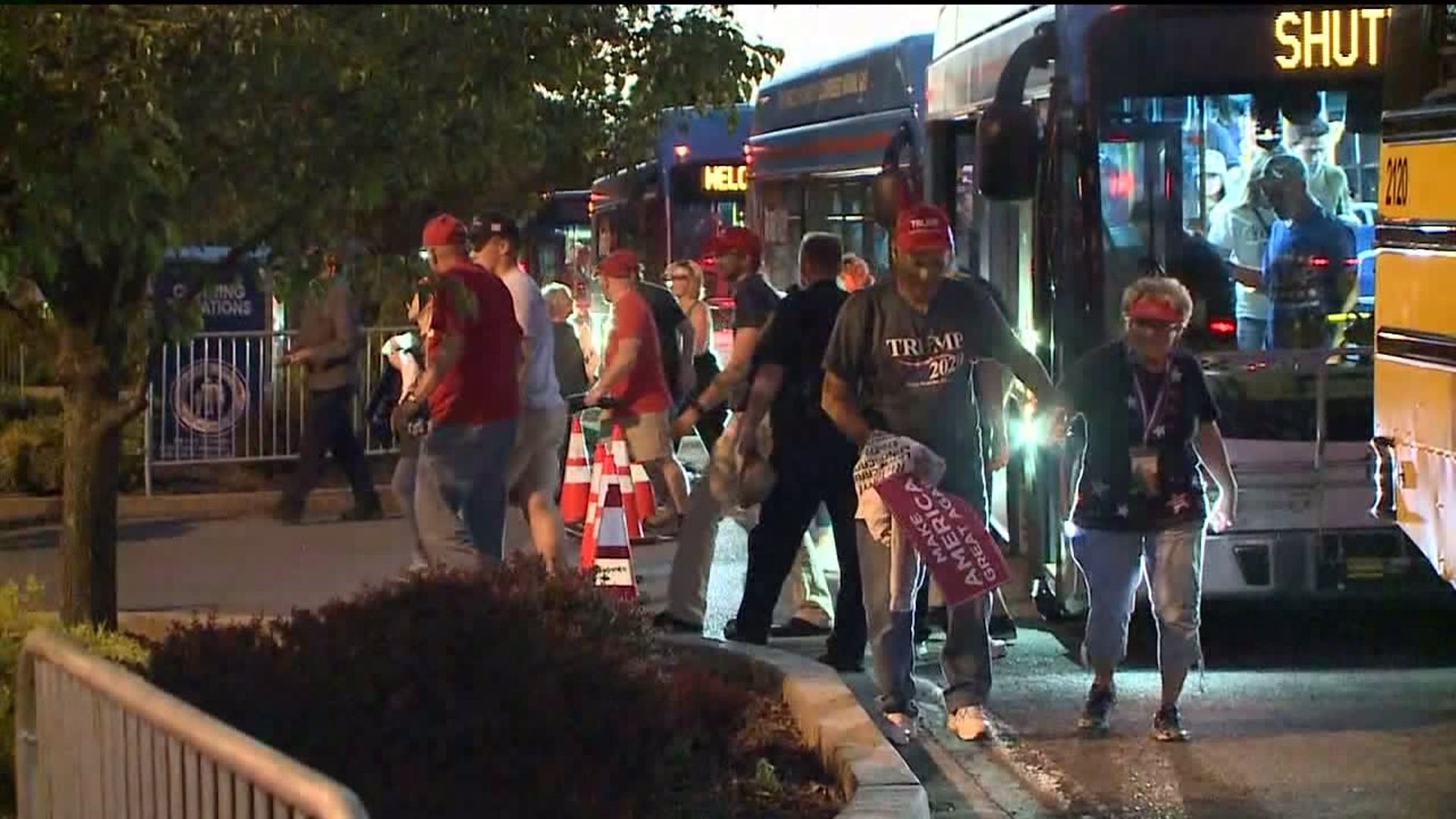 MUNCY TOWNSHIP, Pa. -- Of the thousands who attended President Donald Trump’s rally in Lycoming County on Monday, hundreds parked at the Lycoming Mall and took buses to the airport, but not everyone got in.

“I thought that it was such a great experience to get to go to. Obviously, I’m a Trump supporter. Whether I wasn't a Trump supporter, it's just cool to have a president come to a little town like Montoursville,” said Trista Myers of Jersey Shore.

So many people came to the rally that some supporters we spoke to couldn't even make it into the rally.

“We had tickets and couldn't get in. They stopped at 10,000 and there was at least 20,000 people there,” said Karen Collins of Watsontown.

“I came here and didn't have any Trump merch, so I went and spent $40-some and just, I love it,” said Noah Printzenhoff of Watstontown.

Whether supporters bought a memento or not, people we spoke to say this was a night to remember.

“You don't have to worry about what you say, what you think. Everybody is there and they are just supporting the same cause that you're supporting, which is our president. It's wonderful,” Myers added.

Primary Election Day in Pennsylvania is Tuesday. The polls open at 7 a.m. and close at 8 p.m.