WILLIAMSPORT, Pa. — A severe storm passed through Williamsport Saturday afternoon, and although it was brief, parts of the city were hit hard. “It w... 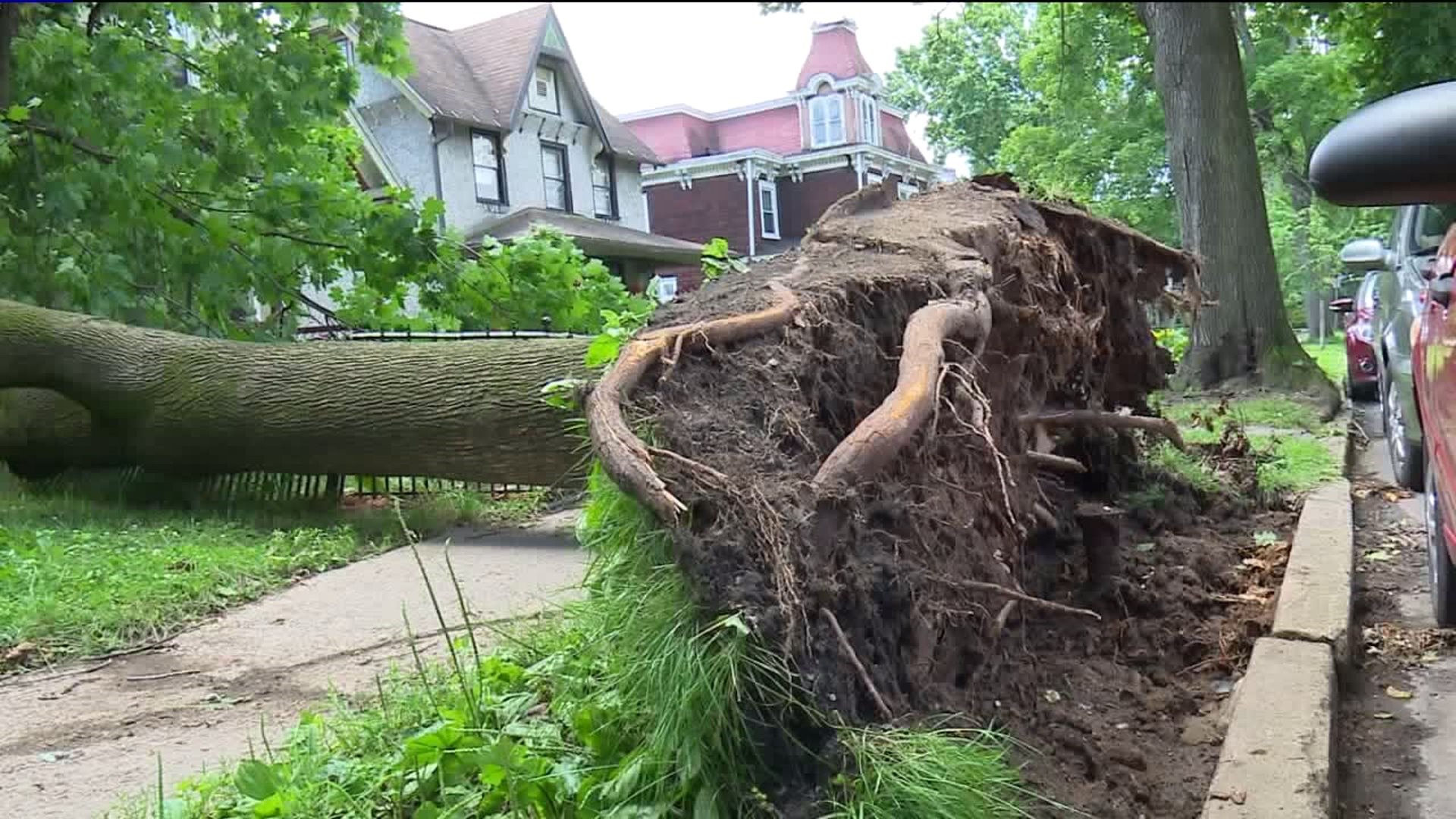 WILLIAMSPORT, Pa. -- A severe storm passed through Williamsport Saturday afternoon, and although it was brief, parts of the city were hit hard.

"It was black, dark, windy. Rain coming hard. Water was all over the place," recalled Paul Sechler of Williamsport.

The storm passed through Williamsport, flooding city streets and uprooting several trees. A lot of damage was done along Rural Avenue. On the 300 block, a tree went tumbling into one family's home.

"I seen the tree moving back and forth. I knew it was gonna come down. My kids were in the dining room, and I was just worried if it came down on the middle of the house, what kind of damage would've been done. I can replace the house. Can't replace my family," said David Myers of Williamsport.

Luckily, nobody was hurt. Just off Royal Avenue, a large branch narrowly missed one women's car.

"It was raining really hard, and trees were falling everywhere. The wind was crazy. The tree just missed the truck. We got lucky," Tarissa Todd of Williamsport described.

Even pieces of a retaining wall at the Williamsport Sun-Gazette came down during the storm.

Along the 200 block of Eldred Street were more signs of storm damage. A tree was totally uprooted and is now leaning on a home. People in the area describe the storm as short but powerful.